PNC Park is a baseball stadium located in the North Shore of Pittsburgh, Pennsylvania. It is the home of the Pittsburgh Pirates and its 5th new stadium. its the city's only Major League Baseball franchise. It opened during the 2001 MLB season, after the destruction of the Pirates' previous home, Three Rivers Stadium. 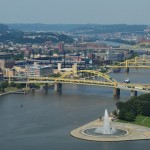 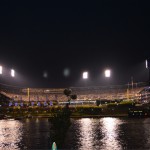 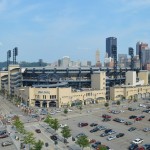 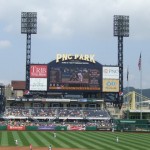 PNC Park, home of the Pittsburgh Pirates and is known by fans across the world as one of the most beautiful ballparks in baseball with its amazing views of the downtown Pittsburgh skyline, Roberto Clemente bridge and the Allegheny River. The Pirates have not always played at a ballpark with such an amazing view. For 30 seasons they played at the multipurpose three rivers field. Financing for the new stadium was approved for a $216 million ballpark, to be built next to Three Rivers Stadium and construction began in April 1999. The ballpark was named PNC Park after PNC Financial Services bought the naming rights in August 1998. On April 9, 2001 the Pittsburgh Pirates played their first game at PNC Park against the Cincinnati Reds