Marlins Park is a baseball park located in Miami, Florida. It is the current home of the Miami Marlins, the city's Major League Baseball franchise. It is located on 17 acres of the former Miami Orange Bowl site in Little Havana, about 2 miles west of Downtown With a seating capacity of 37,442, it is the third-smallest stadium in Major League Baseball by official capacity, and the smallest by actual capacity. 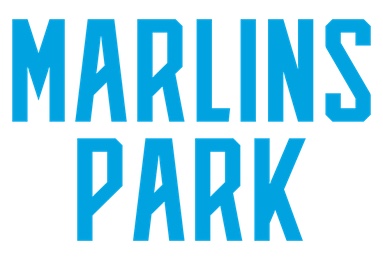 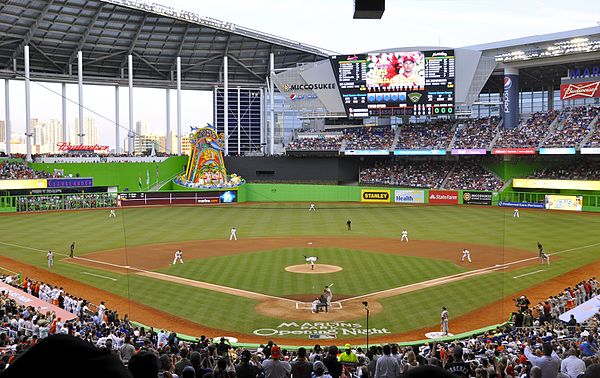 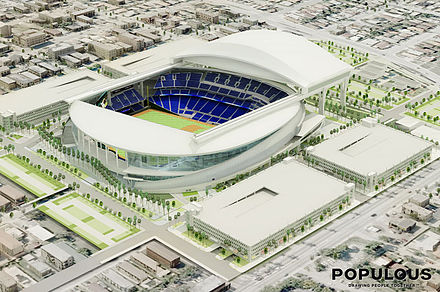 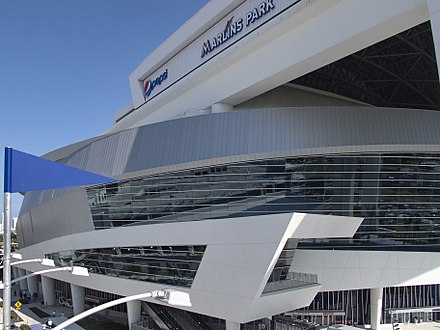 in April 4, 2012 a new chapter began in the history of the Marlins as they played their first game against St. Louis Cardinals. The team moved from the largest stadium in baseball to the smallest as Marlins Park has a seating capacity of 37,442. Three levels of seats go from the left field foul pole around home plate to the right field foul pole. Two levels of seats are located above the right field fence with limited seating located behind the left field fence. Unlike most the of MLB ballparks built, Marlins Park has a futuristic design that looks forward and breaks away from the traditional ballpark design