Bell auditorium is a 2690-seat theater that was restored in 1989 and is now part of the James Brown Arena. The naming of the complex after Brown, an African American performer, demonstrates some of the changes made in the South over the past sixty years when one considers that the theater is most famous for a performance that did not occur due to its former policy of racial segregation. On March 15, 1961, Ray Charles canceled a performance scheduled for Bell Auditorium when he learned that the venue intended to segregate white and Black attendees. Charles refused to go on stage in protest, and was fined for breach of contract. This small act helped to publicize the problem of segregation and the growing movement against these kind of discriminatory policies. 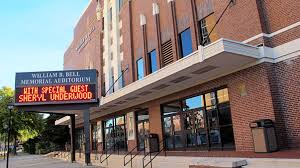 Inside the Bell Auditorium. 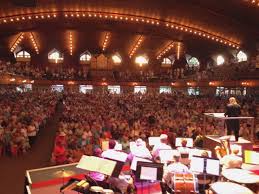 "I feel that it is the least that I can do to stand behind my principles and help the students in their fight for their principles." Ray Charles explaining his refusal to play a segregated dance hall. Pittsburgh Courier, April 1 1961 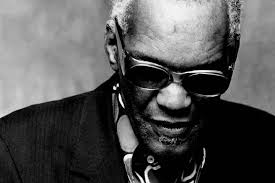 When management refused to consider this arrangement, Charles announced that he would be cancelling his performance. In response, the promoter sued Charles for breach of contract and won a judgement against the performer. Two years later, Charles was invited back to Bell Auditorium where he performed before an integrated audience.