Inspired by the attempt of James Meredith to attend Ole Miss in 1962, and the racial violence that occurred in response, this monument preserves and interprets the history of the integration of the University. The riots at Oxford were one of the most ferocious confrontations between opponents of racial integration and officials of the federal government in the 20th century. After the riots, however, former segregationists began speaking out against extremism and urged Mississippi to reject the idea of lawlessness. They also expressed their concern for Mississippi’s economic future if riots were to continue every time a school or business was integrated. 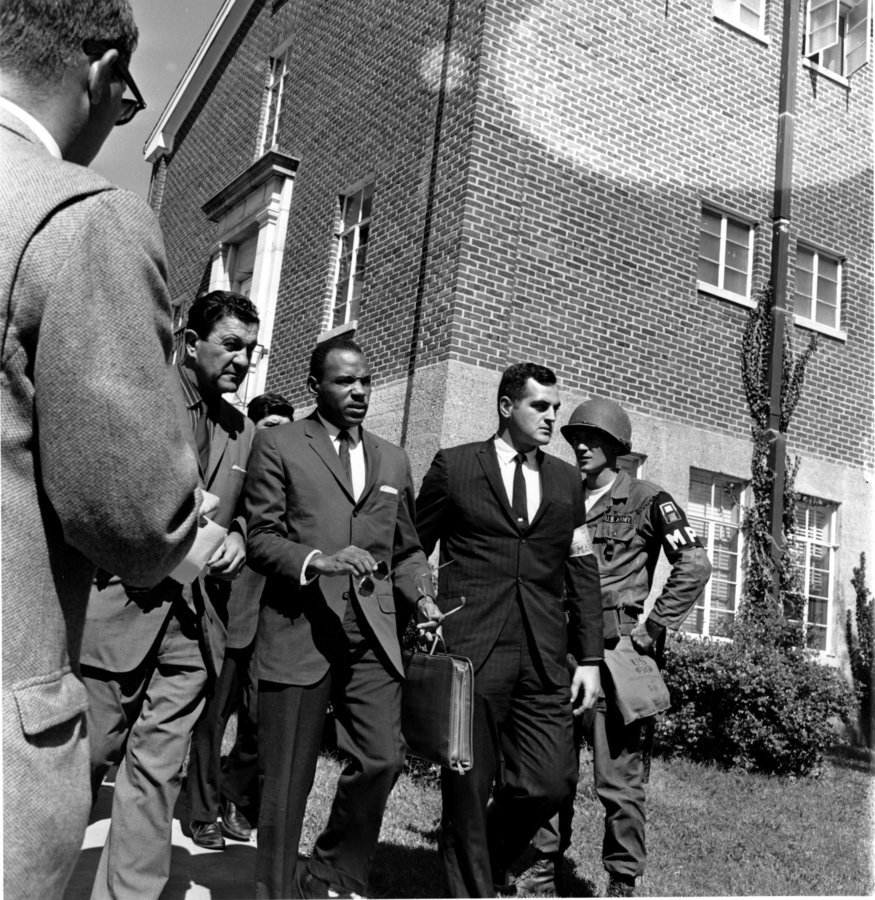 This monument was dedicated in 2006. Tragically, white students at the University of Mississippi have vandalized the statue several times in the past decade, including a fraternity that placed a noose around the statue's neck. 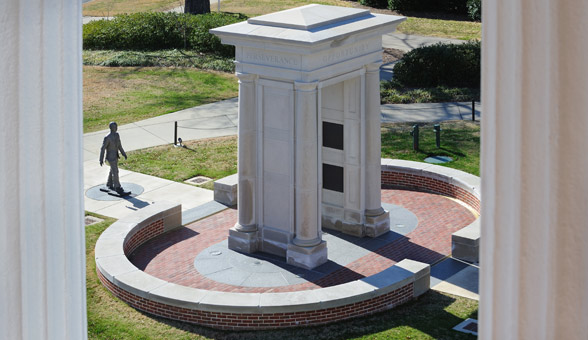 In January of 1961 James Meredith an African American veteran applied to attend Ole’ Miss. Meredith set his sights on integrating the University while serving in the Air Force in Japan. He was influenced by all the reports about the 1957 public school integration crisis in Little Rock, Arkansas. Meredith was denied acceptance to Ole’ Miss and went on to seek help from the NAACP. The NAACP contacted their central office for guidance and support and decided to help Meredith challenge the schools decision to deny him an education at Ole’ Miss in Court.

Meredith with the help of the NAACP challenged the University of Mississippi decision in both state and federal courts. After months of fighting in court the United States Supreme Court Justice Hugo Black ordered Ole’ Miss to admit Meredith in the fall of 1962. To Meredith and the NAACP this was a move in the right direction for education integration, but Mississippi Governor Rodd Barnett vowed to keep Meredith out of Ole’ Miss.

Governor Barnett planned to use interposition to keep Meredith out of Ole’ Miss and decided that no school would be integrated while he was governor. He began promoting the idea that a state could block the federal government from enforcing noxious laws on its people. Barnett also pressured school officials and faculty to take sides and published smear campaigns in local papers and on radio broadcasts.

On September 30, Meredith arrived at the campus in Oxford with an escort of federal marshals provided by U.S. Attorney General Robert Kennedy, who pledged to enforce the laws and wanted to avoid violence in Oxford. Governor Barnett instructed all local radio stations to broadcast a call to arms and carloads of people came to Oxford to defend Ole’ Miss. That evening Governor Barnett went to state television stations talking about the invasion at Ole’ Miss. President Kennedy in response made a national broadcast addressing the situation. Federal marshals at Ole’ Miss began being hit by bottles, rocks, and brick and in returned responded with tear gas. By morning two were killed and 30,000 troops were in route to Oxford. The next morning after the riot concluded Meredith registered for classes at Ole’ Miss and remained protected by federal marshals during his time at Ole’ Miss.