Clarence F. Robison Outdoor Track & Field Complex is located in Provo Utah and home to the Brigham Youth University track team. In 2004 Coach Clarence Robison was honored with this track after the numerous efforts he made to build BYU's track and field team. This site is key to Track and Field runners alike because of Robison's effort to host NCAA championships. For instance, in 1982 NCAA held its first combined Women and Men T&F Outdoor championship for division 1 schools. This site is important for professional women athletes, because before the 1982 meet, it was unheard of for women and men teams to compete together.This site is also crucial for Florence Griffith Joyner because she competed on UCLA's behalf during the 1982 combined outdoor championship meet. 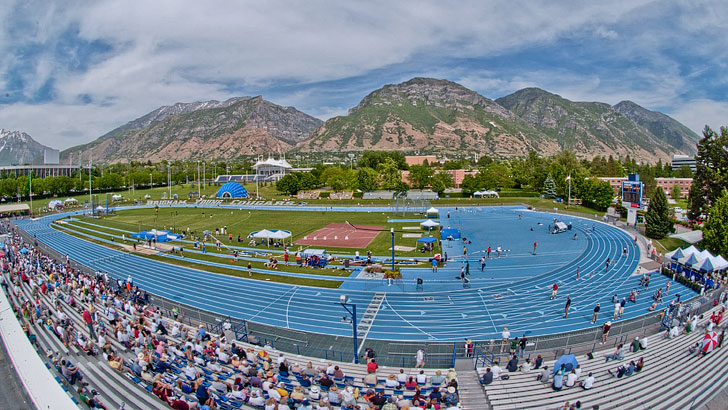 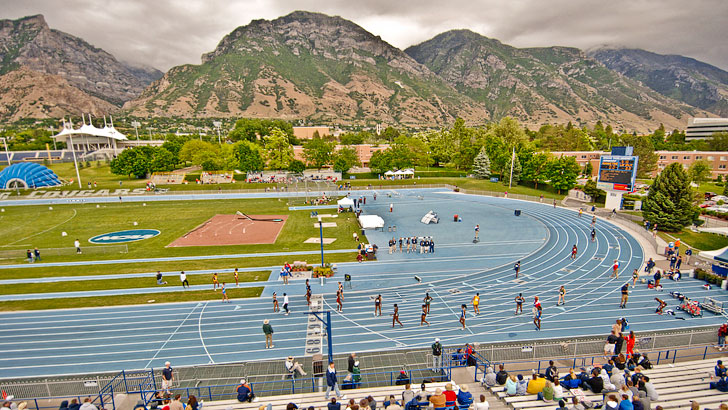 Aimee Hansen with BYU Magazine capture Coach and Track Athlete Clarence F. Robison with the torchbearer he used in 1948 Olympics 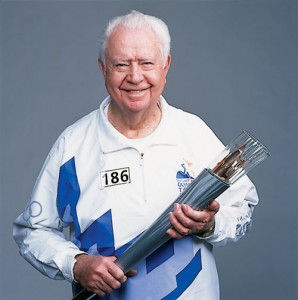 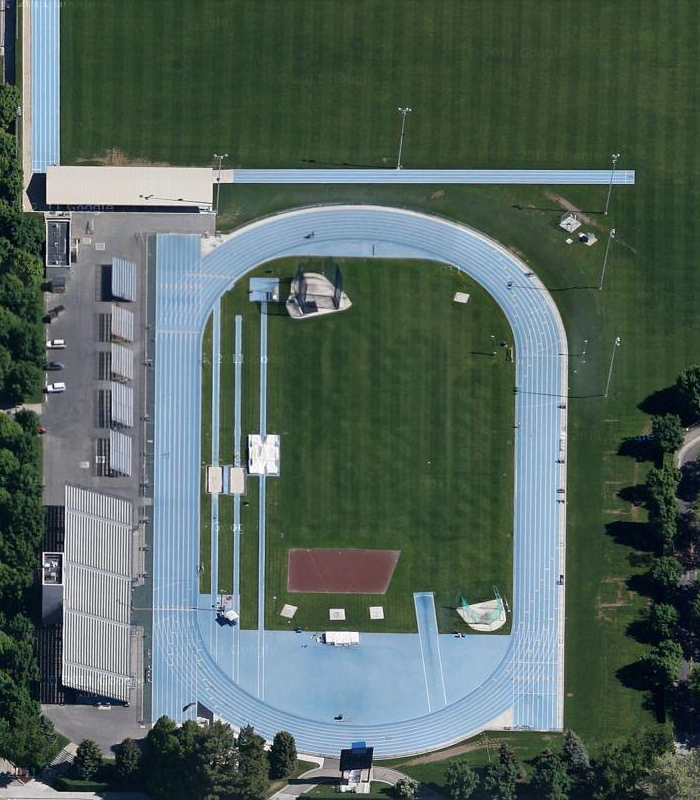 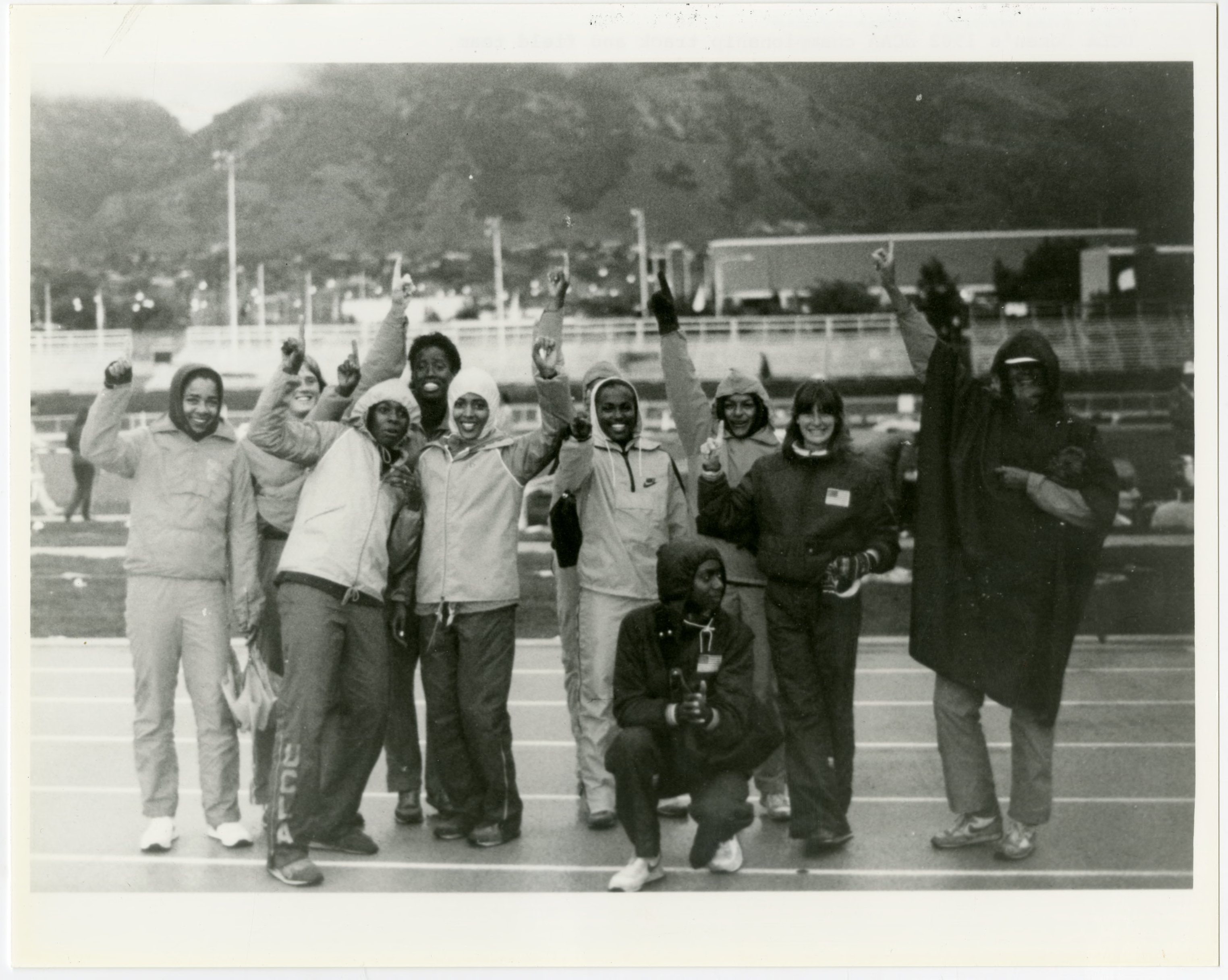 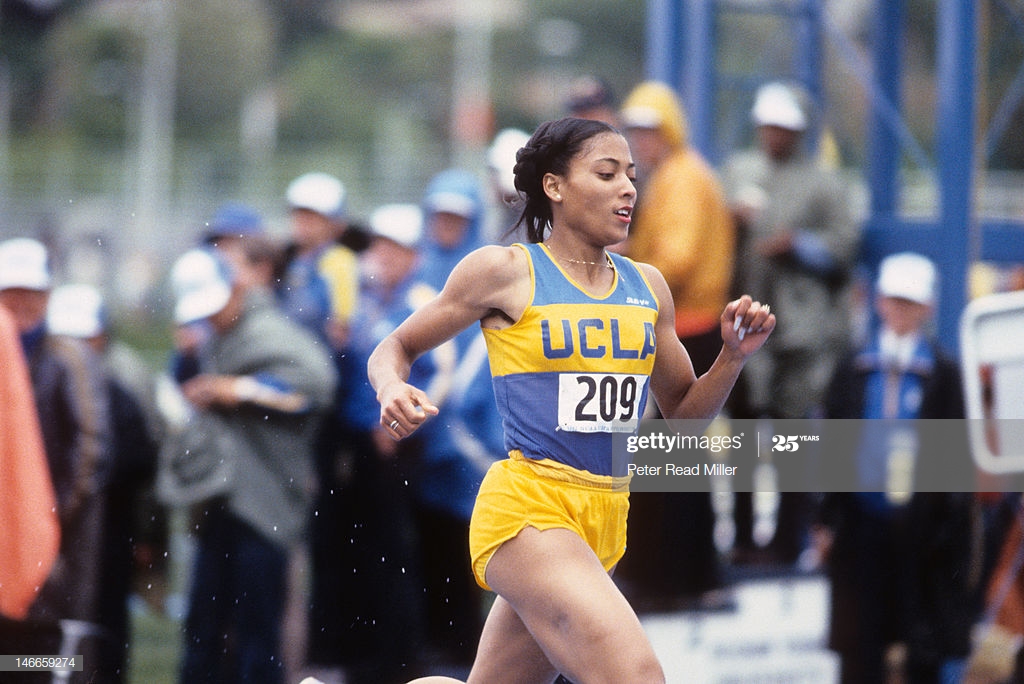 Clarence F. Robison Outdoor Track & Field Complex is home to Brigham Youth University (BYU) Track Team located in Provo, Utah.  This track field according to Brigham Youth University was originally built close to the football stadium located on their campus in 1964. In 2004 this field was dedicated to BYU’s support system for track and field, Coach Clarence F. Robison. According to BYU and the Daily Universe Coach Robison assisted various track athletes in elevating elevate to the next level for nearly 40 years (2). Some of his accolades were attending BYU, running in the 1948 Olympics, and producing over 10 all American and Olympic athletes. Coach Robison essentially built BYU’s track program from the ground up and proved to NCAA (National Collegiate Athletic Association) they were talented based on championship victories.

Outside of this track and field complex leaving a legacy of personal student athletes for Provo Utah, it is a homesite that has in its own heritage in collegiate meets overall. According to BYU, the track and field complex has supported the NCAA with three running championship events and advanced the outlook on men and women participating in sports. Clarence F. Robison Outdoor Track & Field is home of various NCAA championships for this sport. For 62 consecutive years the NCAA challenged various colleges male Track & Field teams to compete against one another. It was not until 1982 after the passing of Title IX, NCAA considered both women and men collegiate teams to compete together (4).

During NCAA first annual Women’s Track and Field Championship spectators were astonished by UCLA’s accomplishments from their female participants.  UCLA Bruin’s team walked away with 1st place and 153 points that were aided by additional entries of their women athletes (3).  There were various future Olympic women athletes from UCLA’s team that led their team to victory for two consecutive years. Some of these women athletes includes Florence Griffith (later known as Florence Griffith Joyner or Flo Jo) who kept UCLA in Division 1. Florence Griffith Joyner competed in the NCAA championship as a Junior for UCLA in the 200- meter dash and finished in first place with a time of 22:39, winning the championship for this event (5).