Signal Iduna Park stands in Dortmund, Germany. It is the home of the soccer team Dortmund. The stadium went through some remodeling from 1995 to 2003 before the name change. In 2005, the stadium took the name Signal Iduna Park due to a sponsorship deal. This stadium has a history of hosting multiple World Cup games along with all of the home games for Dortmund. 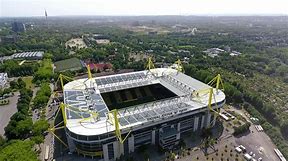 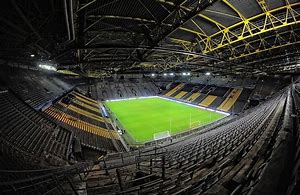 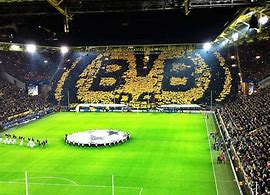 Signal Iduna Park holds its ground in Dortmund, Germany. This stadium is the home of the professional soccer team, Dortmund. Before 2005, the stadium was called Westfalenstadion. It wasn’t until the 1990’s that it was deemed necessary for a remodeling due to the rising of Dortmund. Reconstruction started in 1995 and finished in 1999. Even after those developments, the stadium was still not done. More renovations were being done all the way until 2003. The reason that the stadium became Signal Iduna Park was due to a sponsorship deal. This stadium has held multiple world cup games along with all of the home games for Dortmund.