MetLife Stadium is an American sports stadium located at the Meadowlands Sports Complex in East Rutherford, New Jersey, 8 miles west of New York City. It is the home stadium of two National Football League franchises, the New York Giants and the New York Jets. It is the only NFL stadium to be home to two different NFL teams. The Giants and the Jets have to organize their schedule based off of each other to make sure that there is not time where both teams have a home game on the same week. Originally known as New Meadowlands Stadium upon opening in 2010, its naming rights were acquired in 2011 by New York City-based insurance company MetLife. The stadium is owned by the MetLife Stadium Company, a joint venture of the Giants and Jets. It cost approximately $1.6 billion to construct making it one of the most expensive stadiums in the world. The architects were tasked with designing a neutral stadium that would still embody the distinct personalities of both franchises. The Giants favored a traditional look of exposed steel framework and rusticated stone while the Jets wanted a sleek and modern look highlighted by metal and glass. With both inputs in mind the architects constructed what MetLife stadium looks like today. The naming rights contract is a contract this lasts 30 years and is between $20 and $30 million. A very popular misunderstanding of this stadium is that even thought both teams the New York Jets and the New York Giants are from New York but the stadium is located in New Jersey. Tom Brady is affiliated with this stadium because he broke two historical NFL records while playing in this stadium. Those records are completing a 16-0 undefeated regular season record when they defeated the New York Giants in 2007. He also became the winningest quarterback when he defeated the New York Jets.

The Outside of MetLife Stadium 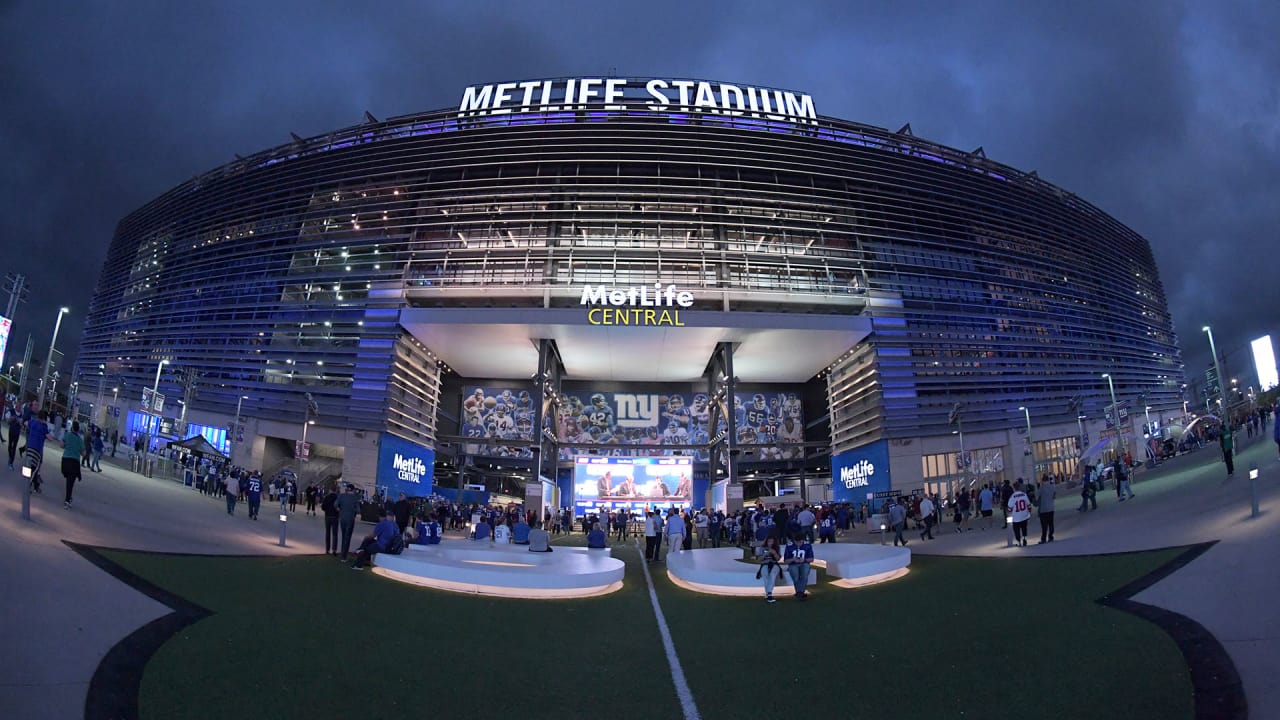 Tom Brady and Randy Moss during the 2007 season 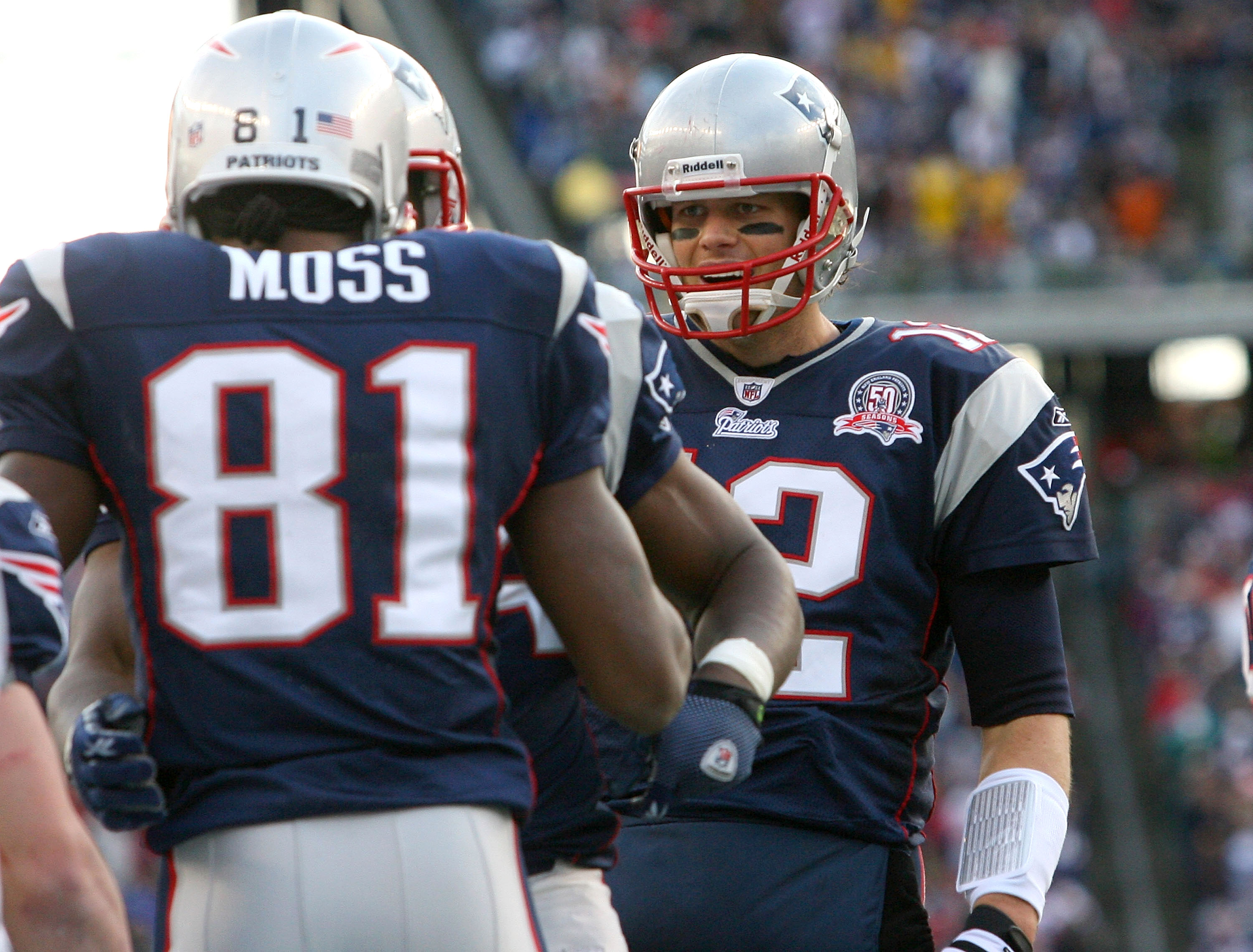 The Helmet Catch that loss the Patriots undefeated season 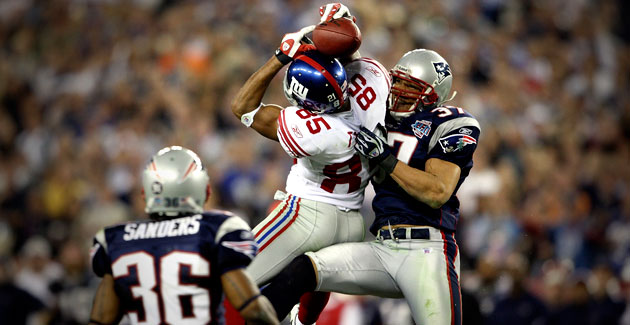 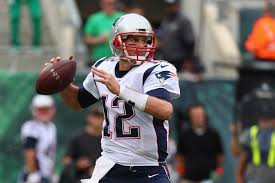 MetLife Stadium in New Jersey is a historical stadium. Home to two different NFL teams with the New York Giants and the New York Jets. The New York Giants have won two super bowls recently and it has been a very long time for the New York Jets. This stadium is not only historic because it is one of the most expensive stadiums but it is also where Tom Brady set two NFL records. Those records are completing the first 16-0 undefeated regular season. And becoming the winningest quarterback in NFL history.

The first record that Tom Brady set at MetLife Stadium was the 16-0 undefeated regular season. This is one of the most impressive feats in NFL history because of how competitive the league is. The 2007 Patriots were one of the best football teams ever organized. And the team was lead by Tom Brady. The team had threats like the great wide receivers Randy Moss and Wes Welker. The defense was lead by linebacker Teddy Bruschi. And was coached by the greatest coach of all time Bill Belichick.

The game between the New England Patriots and the New York Giants was close. The Giants were fighting for a playoff spot and needed to win to try to get a better seed in the playoffs. The New England Patriots had already clinched the number 1 seed in the AFC. Because of that they bench some of their starters that had lead them to the undefeated season. This gave the Giants the opportunity to beat them. The Patriots prevailed winning 38-35 in a close game.

The New England Patriots went on to play in the Super Bowl that year. They were going for a perfect season which had only been done once before by the Miami Dolphins. Ironically the team they faced in the super bowl was the New York Giants. The New York Giants were heavy underdogs and some gave them no chance to win the game. A miraculous catch by David Tyree with his helmet helped the Giants pull off one of the greatest upsets in NFL history. The Patriots finished the year 18-1 coming 1 game short of a perfect season.

The second record that Tom Brady broke was becoming the winningest quarterback of all time. The winningest quarterback means that you have the most wins by a quarterback. He broke this record when he and the Patriots defeated the New York jets at MetLife stadium. The final score to the game was 24-17. Tom threw for 250 yards and threw 2 touchdowns. Tom was already in the lead for greatest of all time but this record might have put him in the lead.

Tom Brady won the starting job in his second year as a NFL player after the starting quarterback got injured. He didn't look back. It took him 17 seasons to become the winningest quarterback of all time. The game at MetLife against the Jets marked his 187th victory breaking record. Since then Tom is still playing in the NFL and is pushing that record even further. He is now on the Tampa Bay Buccaneers and is looking for more wins.