TIAA Bank Field is an American football stadium located in Jacksonville, Florida, that primarily serves as the home facility of the Jacksonville Jaguars of the National Football League (NFL). The stadium opened in 1995 as Jacksonville Municipal Stadium on the site of the old Gator Bowl Stadium (erected 1927), and included some portions of the older stadium. Located on the St. Johns River, it sits on 10 acres of land in downtown Jacksonville. In addition to hosting the Jaguars, the stadium is also regularly used for college football, concerts, and other events. It is the regular site of the annual Florida–Georgia game, a college football rivalry game between the University of Florida and the University of Georgia. The stadium is also the home of the annual Gator Bowl, a post-season college bowl game. Additionally, the stadium hosted Super Bowl XXXIX in 2005 and is one of the venues used by the United States men's national soccer team. From 1997 to 2006, the stadium was named Alltel Stadium after communications company Alltel purchased naming rights. The facility was renamed EverBank Field in 2010, following the approval of a five-year, naming rights deal with the financial services company EverBank. The agreement was extended in 2014 for an additional 10 years. The Jaguars announced in February 2018 the stadium would be renamed TIAA Bank Field for the 2018 NFL season after EverBank was acquired by New York-based TIAA. The TIAA Bank Field was home to many huge sporting events. The main event that the stadium is most popular for is the XXXIX super bowl. This game was between the New England Patriots and the Philadelphia Eagles. This super bowl was in 2005 and was won of the most entertaining super bowl games ever. The New England Patriots won the game by a final score of 24-21

Deion Branch and one of his 11 catches 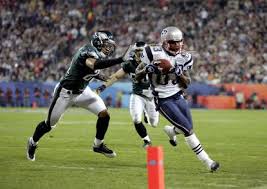 Deion Branch and Tarrell Owens at the end of the Game 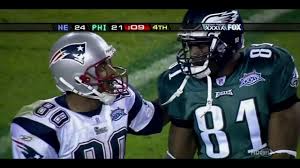 Tom Brady During the Game

The Patriots Defense Celebrating after a turnover 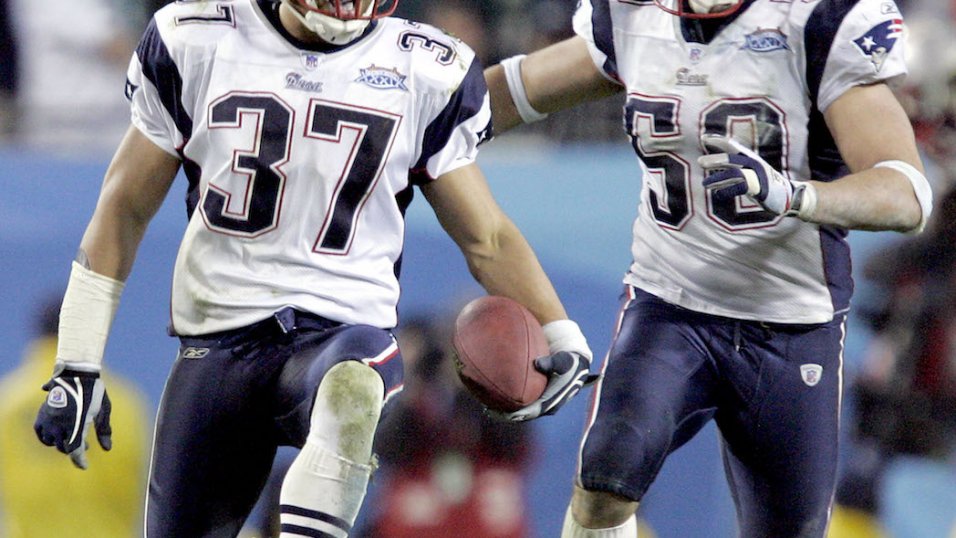 Super Bowl XXXIX was held in Jacksonville Florida in 2005. The stadium that hosted the game was TIAA Bank Field. The game was between the New England Patriots and the Philadelphia Eagles. The Eagles came into the game with one of the best offenses in the NFL. The Patriots had been one of the NFL's best all around teams. It was set up to be one of the most entertaining super bowls.

The Patriots came into the game with a league best record of 14-2. The eagles came into the game with a very respectable 13-3 record. In the first quarter both teams were feeling each other out like heavy weight boxers. The first quarter was scoreless and resembled a slug fest. In the second quarter is where the scoring started. The Patriots scored a touchdown and that was answered by a touchdown from the eagles to tie the game.

The halftime score of the game was 7-7. The low scoring affair carried into the third quarter. Both teams still seemingly feeling each other out. Both teams scored one touchdown in the third quarter making the scored tied at 14-14 going into the fourth quarter. The fourth quarter is always where Tom Brady shined which is what made him the greatest quarterback of all time. He shined in this fourth quarter like usual and put up 10 unanswered points making the score 24-10.

After the Patriots pulled ahead the eagles attempted to stage a comeback. They scored a touchdown late in the fourth to make the game 24-21. With 1:38 left in the game the patriots got the ball back and secured the win 24-21. The win marked the 3rd super bowl victory for Tom Brady is 4 years. The first team to do that since the Cowboys. This victory started the dynasty of the Patriots.

The Super Bowl MVP of this game wasn't Tom Brady but Deion Branch. Deion put up 133 yards receiving and a super bowl tying record of 11 catches. Tom Brady's performance was also very good. He went 23-33, threw for 236 yards, and two touchdowns with zero interceptions. This win gave Tom Brady his third Super Bowl ring and is one of his greatest performances. This moved Brady 1 Super Bowl ring away from tying his childhood hero Joe Montana who had 4 super bowl rings, the most by any starting quarterback.