NRG stadium otherwise known as Reliant Stadium is a stadium the is home to the National Football Leagues Houston Texans. This stadium is the first ever retractable roof stadium in the world. It was constructed in March 2000 and was finished in October 2001. The first ever event that took place in this stadium was a preseason game between the Houston Texans and the Miami Dolphins. The Miami Dolphins won the game 24-3. The stadium construction cost $352 million and can hold a maximum capacity of 71,995 people making it one of the largest stadiums in the united states of America. The stadium is not only home to the national football leagues Houston Texans but also to multiple other events. These events include Houstons livestock rodeo and show. Another event is United States mens National soccer team matches vs other countries teams from around the world. The Mexico national soccer team matches and friendlies. The NRG stadium is named after the Energy company NRG Energy. The naming contract is one of the biggest naming contract in the United States. The contract is a 32-year deal that is worth $300 million. This stadium is the first ever NFL retractable roof football stadium in 1997. The intention was to create a football stadium to replace the Astrodome that would operate like an open-air facility but have the intimacy and comfort of an indoor arena. With the design for football and the square footage requirements of the rodeo, the building was designed in the 1.9-million-square-foot range. The stadium also hosted two Super Bowls. Super Bowl XXXVIII between the New England Patriots and the Carolina Panthers. The Patriots won the game 32-29. And Super LI between the New England Patriots and the Atlanta Flacons. The New England Patriots won the game 34-28 after won of the greatest comebacks in super bowl history.

NRG stadium at the conclusion of the game Super Bowl XXXVIII 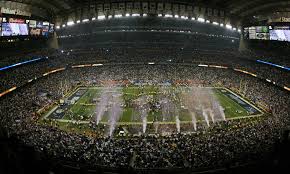 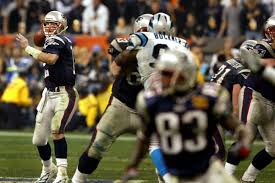 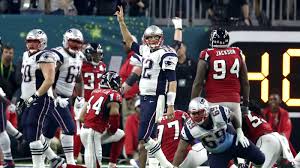 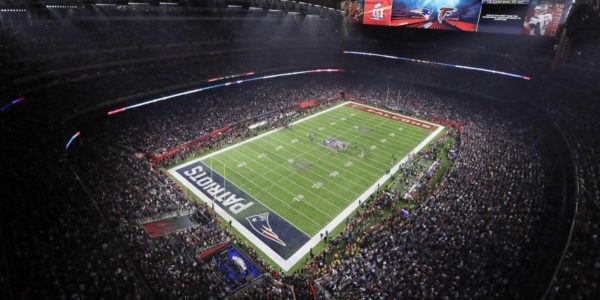 NRG stadium hosted two of the greatest super bowls in NFL history. The first was Super Bowl XXXVIII which was in 2004. The game was played between the New England Patriots and the Carolina Panthers. The Panthers were making their first ever Super Bowl appearance after posting an 11–5 regular season record. The Patriots were seeking their second super bowl win in 3 years after winning the super bowl two years prior to the game. The New England Patriots won the game 32-29 after a game winning field goal by kicker Adam Vinatieri.

The first quarter was scoreless after both teams were feeling each other out like heavy weight boxers. In the second quarter both offenses opened up the scoring. The Patriots scored two touchdowns and the Panthers answered with a touchdown and a field goal. The third quarter was scoreless and lead up to an amazing fourth quarter. In the fourth quarter both teams went back and forth until it was tied 29-29 with just a few minutes to go. The patriots got the ball and Tom Brady lead the offense down the field in a clutch drive to put the kicker in position to win the game.

The second Super Bowl that took place in this stadium was Super Bowl LI. This game was between the New England Patriots and the Atlanta Falcons. The Falcons came into the game with the most high powered offense lead by league MVP Matt Ryan. The Falcons went 11-5 in the season and were looking for a Super Bowl win. The patriots were lead by Tom Brady and an excellent defense. The patriots went 14-2 in the season and were favorites to win the game.

The game started and the Falcons dominated from the start. After the first quarter there was no score but the Falcons opened it up in the second. At halftime the score was 21-3 after Tom Brady threw a pick-six that seemed to be the end of the Patriots Dynasty. The Patriots needed to turn things around in the second half if they had any chance of winning. The Falcons scored another touchdown making it 28-3. And the comeback was on the patriots scored 25 unanswered points to tie the game and send it into overtime. Tom Brady lead the patriots down the field to win the game in overtime completing one of the greatest comebacks in NFL history.

This game set in stone Tom Brady as the greatest quarterback of all time. This was his fifth super bowl ring. Which is an NFL record for starting quarterbacks. Tom Brady's stats for the game were, 43-66 466 yards and two touchdowns. The 66 pass attempts is a Super Bowl record. And the 466 passing yards is also a Super Bowl record.