Built in 1898, St. Andrew's Episcopal Church is one of the more unique structures in Chelan. Built entirely of Douglas Fir logs, it is considered to be the oldest log church in the state still used by the same congregation. The well-preserved church is a fine example of Arts and Craft architecture and bears a rustic appearance. Notable features include a large bell tower above the main entrance, a steep gable roof, wood benches, art glass chandeliers, and log trusses that support the roof. In addition to its architecture, the church also reflects the history of the congregation, which was established in Chelan in the early 1890s.

Built in 1898, St. Andrew's Episcopal Church is believed to be the oldest log church in the state still used by the same congregation. 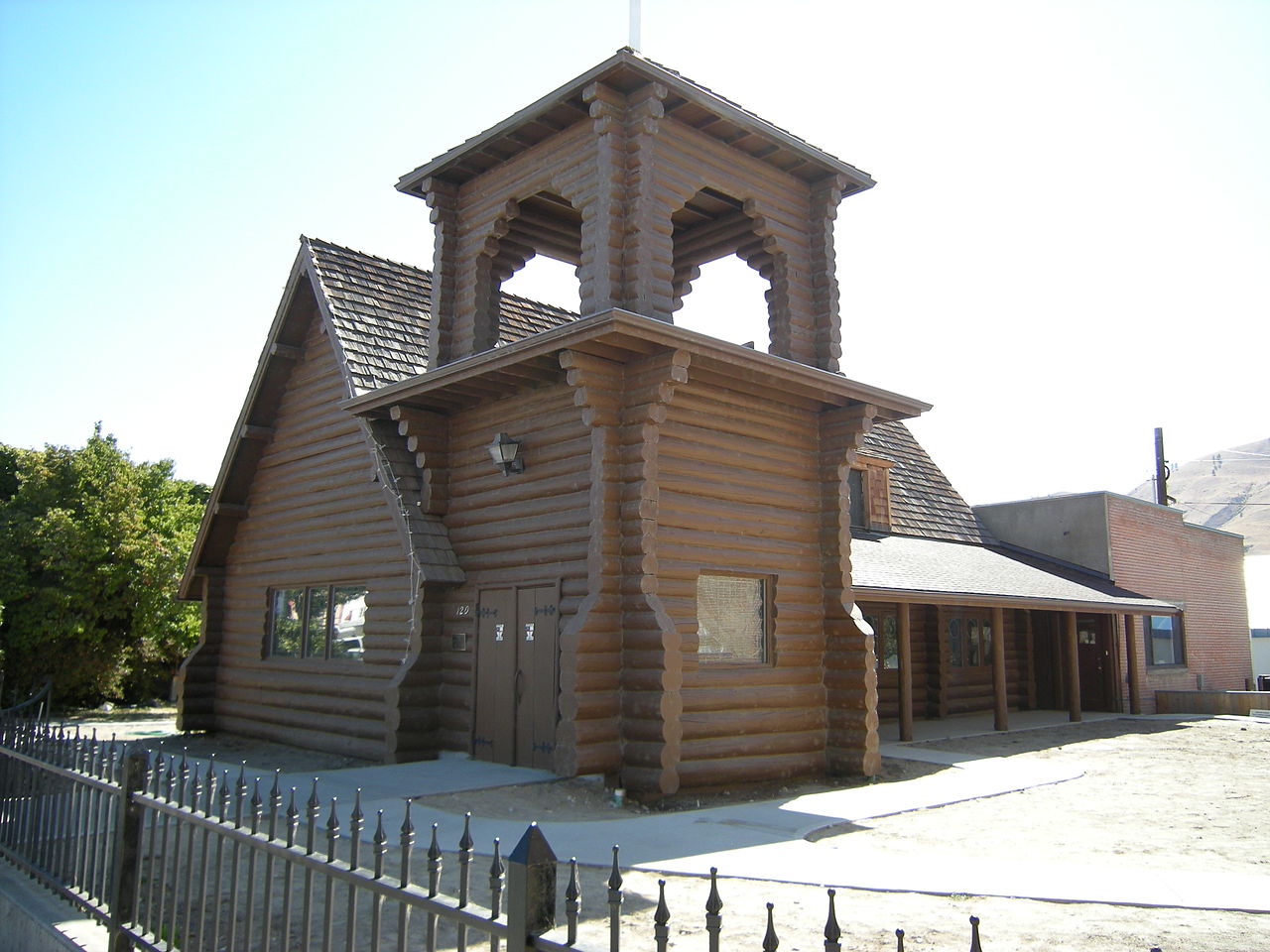 The church exterior and interior look much as it did when it was first built. 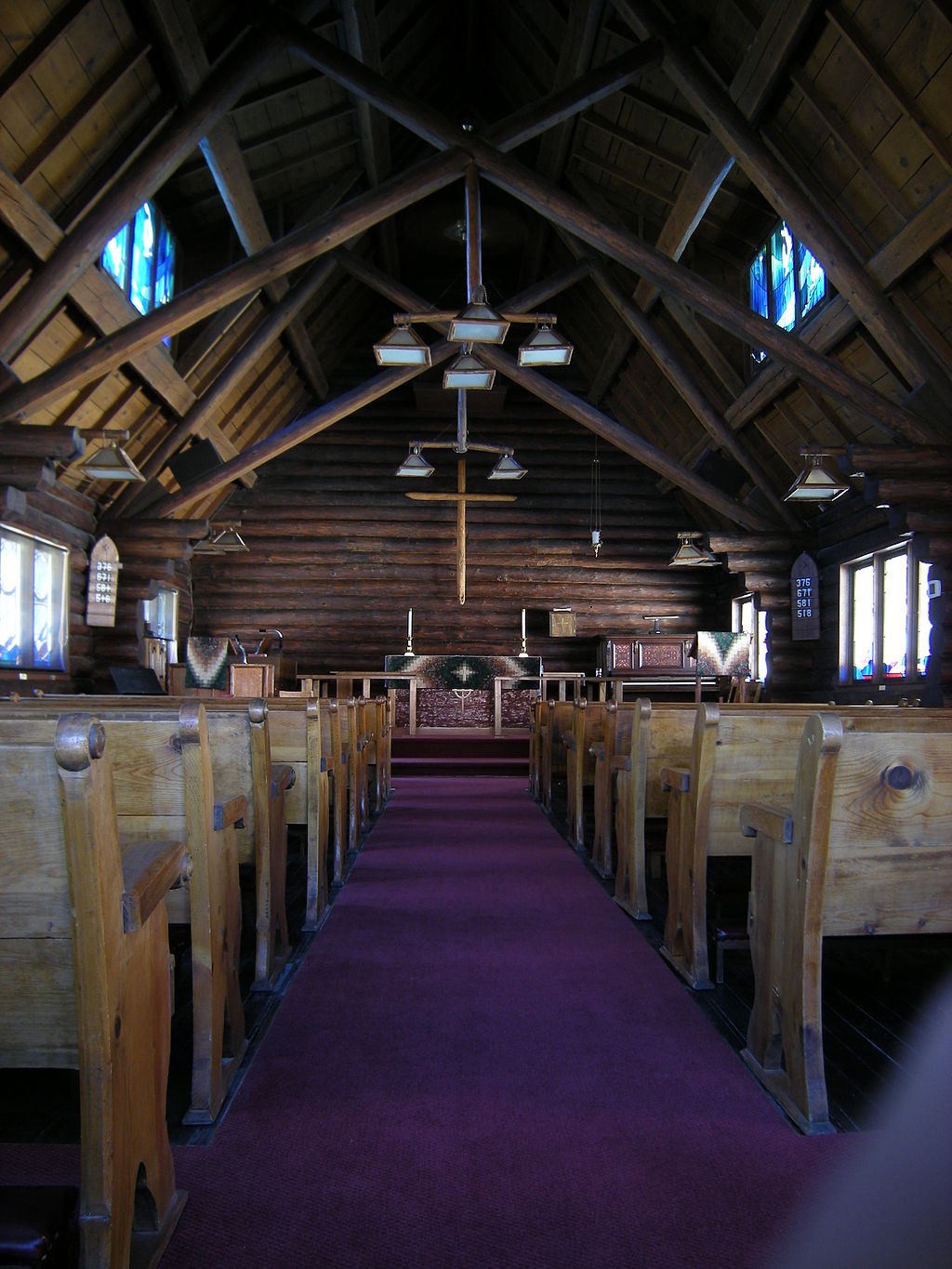 The first Episcopal services in Chelan were held in a schoolhouse in 1891. The land for the church was purchased in 1894 and church members began the process of cutting down logs for the church. Construction started in 1897 and was mostly finished in late 1898. The first service, however, wasn't held until January 1899 because seats weren't installed yet in the church. The bell tower and other parts of the church were built by 1900.

The church has remained largely unaltered and retains much of its original appearance. It originally had wood stoves that were later replaced by a wood burning furnace. It got electricity in 1913 and an electric furnace in 1974. The congregation built a two-story parsonage in the early 1900s, which was later replaced by commercial building, and a parish hall around 1950. The church remains a prominent landmark in downtown Chelan.

Both images by Joe Mabel, via Wikimedia Commons: https://commons.wikimedia.org/wiki/File:Chelan,_WA_-_St._Andrews_Episcopal_Church_01.jpg