The Houston Field House is the third oldest college hockey rink in the nation. This arena opened its doors for its first event on November 12, 1949. It is home of the Rensselaer Polytechnic Institute (RPI) Engineers hockey teams. It was originally named the RPI Field House but underwent a name change in 1978 to the Houston Field House. They did this to commemorate Livingston W. Houston. 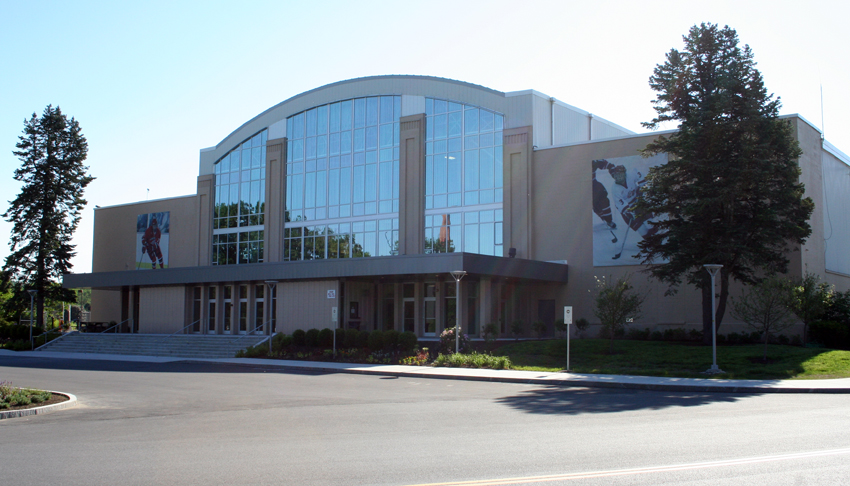 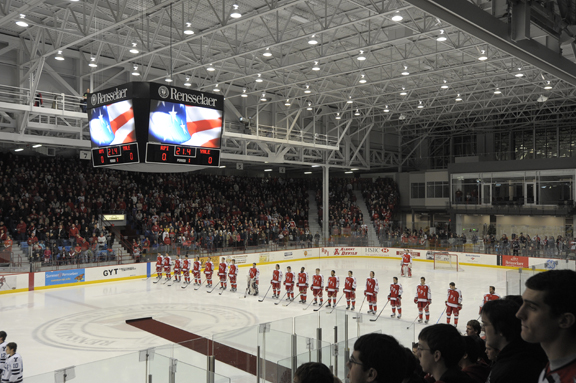 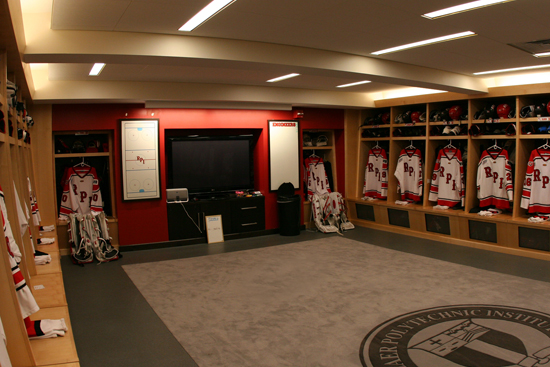 The Houston Field House has a very interesting past. The building was originally a U.S. Air Force warehouse in Davisville, Rhode Island during World War 2. Some speculate it to have been an Airship hanger though. RPI worked with the government to have the building moved from Rhode Island to Troy, New York where it stands now. Reconstruction of the building in New York was finished in October 1949. When it was first moved it was not the home of the RPI Engineers. From 1901 till 1938 the team played at various outdoor locations.

The building kept the original its original warehouse feel for many years. Since it was a military warehouse it had several metal support beams to hold up the ceiling. Four beams in particular obstructed view for the audience at certain angles. These four beams started a tradition amongst the audience known has the “hockey line”. The “hockey line” is a tradition the persists of students camping out for days on end before the start of school in order to get tickets. The record amount of days of students staying in the “hockey line” is 178 days. This was due to the fact that the Engineers won the national championship in the previous season of 1985.

In its Houston Field House's first two decades, it hosted more than 300 theatrical and musical events, countless hockey games, and several commencement ceremonies. On December 27, 1951, the Field House hosted the first annual RPI Invitational Tournament. This tournament still goes on till this day and is the oldest tournament in college history. In addition to this it has also hosted what is known as the Frozen Four NCAA tournament in 1959. It was at this tournament that the Engineers won their first NCAA championship. The Engineers have also won several Tri-state League championships before changing leagues.

The RPI Engineers boast an impressive record in division 1 hockey in the NCAA. In their 1985 and 1986 seasons they had a 33 game win streak which is considered to be one of the longest. One reason that this isn't a record is that 3 of the wins were against the non-NCAA team the University of Toronto. The team has a total of two NCAA championships under their belt. The Engineers have also won several Tri-state League championships before changing leagues.