Fritz Pollard continued his career at Brown University. He had an amazing career from the start of his football season as a true freshman and as a freshman, led Brown to the Rose Bowl vs. Washington State. He was the first-ever African American to play and win the Rose Bowl. 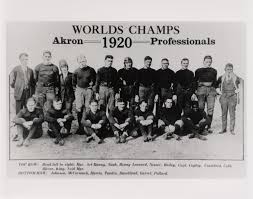 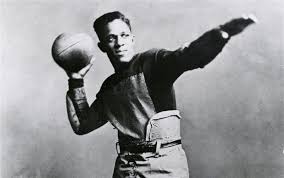 With him only playing two season of college football people could tell he was a special person when it came too football and with him playing some of the toughest, racists and violent teams in the IVY league you could tell nothing was going to stop him from success.

• Against Harvard, gained 148 yards rushing, 44 on punt returns, and 51 as a pass receiver in Brown’s first victory over Harvard (2 TD’s)

• Brown was first college to defeat Yale and Harvard in the same season.