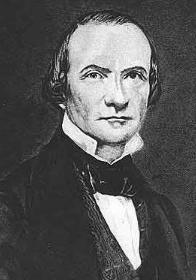 Francis Eppes arrived in Florida from Virginia with his family, household goods, and slaves. He purchased land near the boundary with Georgia and called his plantation L’Eau Noir, Black Water, and planted cotton. In 1835, following the death of his wife and a looming war with Native Americans, Eppes sold Black Water and purchased a new plantation east of Tallahassee near Lake Lafayette as well as a home in the town. By 1850, Eppes had 69 slaves working almost 2,000 acres of land. His plantation was one of the higher valued in the county at that time.

Eppes did not limit himself to being a planter. He was also active in the community and served two terms as Intendant (Mayor) of Tallahassee. His first term, 1841-1844 occurred during a time of what was referred to as lawlessness in Tallahassee. It was also a time of Yellow Fever. A massive fire destroyed eight blocks in town during this term for Eppes. He sent out a nationwide call for relief due to the extensive loss to businesses in Tallahassee. This appeal was generally successful. Eppes enacted many city ordinances in hopes of curbing violence in the city. He also appointed “police commissioners” to patrol the city. This is believed to be the beginnings of law enforcement for the City of Tallahassee.

Francis Eppes took an active role in promoting Tallahassee. He was one of several members of the community who lobbied the state legislature to locate a seminary of higher learning in Tallahassee. Although the state initially rebuffed these appeals, in 1856 it acceded. In 1857, the State Seminary West of the Suwannee River was physically formed. (After several different iterations and reorganizations became Florida State University.) The first classes met in 1857. Eppes served on the board for eleven years, eight of those as president. Thus, he helped shaped the early contours of the school.

After forty years in Tallahassee, Francis Eppes and his son Frank left in 1867 to relocate to Orange County, Florida. There he began planting orange groves. He passed away in 1881 and was interred at Greenwood Cemetery in Orlando.