Situated in Moore Park in the city's east, the Sydney Cricket Ground or SCG is one of the world's most famous cricketing venues. The stadium is used for Test, One Day International and Twenty20 cricket, as well as Australian Football, rugby league football, rugby union, and is the home ground for the New South Wales Blues cricket team and the Sydney Swans of the Australian Football League. The grounds are owned by the SCG Trust which also manages the Sydney Football Stadium located next to it.

Grandstands through the years 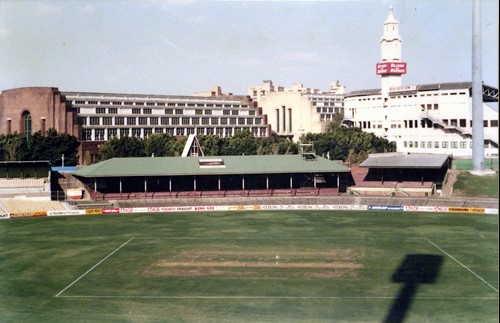 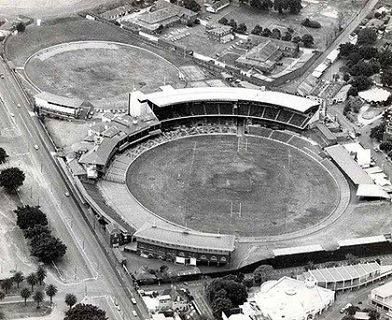 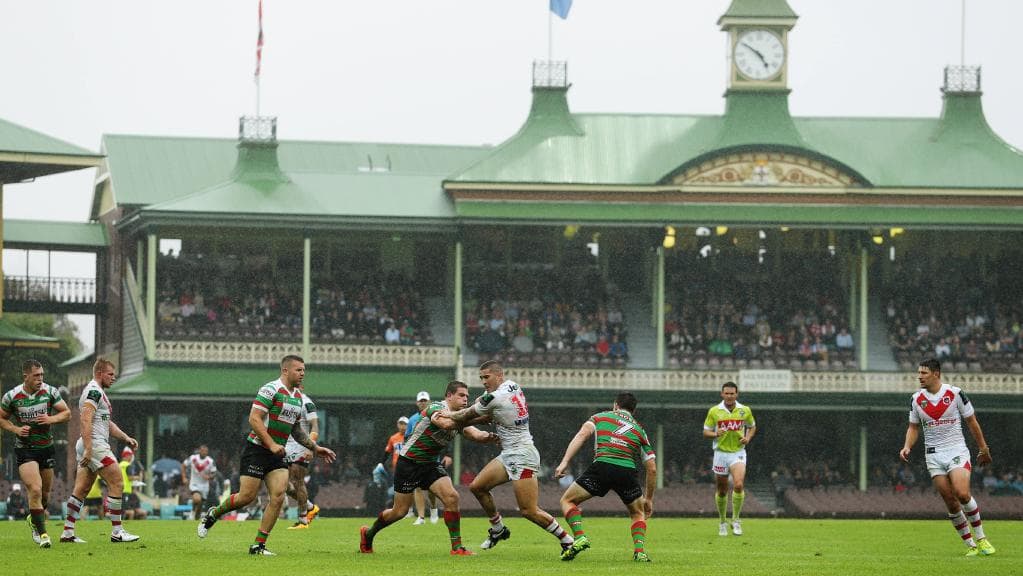 The Sydney Cricket Ground was not as clean and prestigious as it is now, in the 1850s the area was used as a dump that was part swamp. In 1851 part of the grounds were granted to the British Army for use as a garden and cricket ground. The 11th North Devonshire Regiment were the first users. By 1875 The New South Wales Cricket Association took over control of the ground from the colonial British government and in February 1882, the SCG hosted its first cricket Test match between England and Australia. During the time of the first cricket test, the ground could boast two grandstands; the Brewongle Stand at the southern end and the original Members' Stand, which had been built in 1878 in the north west corner where the current Members' Stand now sits. On opposite sides of the ground to the stands two spectator mounds were built. They became known as The Hill and the Paddington Hill. The first SCG scoreboard was built in the two weeks leading up to the 1895 to 1896 inter-colonial match between New South Wales and Victoria. Requiring two men to operate it, the new scoreboard was hailed as one of the wonders of the cricket world.

Sydney Cricket Ground has gone under 17 constructions of their Grandstands, beginning in 1878 with the Old Members Pavilion and to its most current The MA Noble, Bradman, Dally Messenger Stands constructed in 2012 costing nearly 200 million dollars. These Grandstands have provided a magnificent backdrop to the hundreds of memorable moments including cricket feats, the 1938 Empire Games, rugby league, rugby union and Australian Football League (AFL) domestic and international matches that have since graced the ground. To preserve the history of the grounds there are 11 statues of legendary players representing all sports that have been played on the Sydney Cricket Grounds. The grounds have experienced numerous sporting events between hosting 105 Tests for cricket and over 1,400 first-grade rugby league games, where the grounds are home to the New South Wales Blues cricket team.

The SCG has been a popular arena for a whole range of sports before the 20th century including cricket, tennis, baseball, soccer and cycling with athletics being staged there as early as 1879. On New Year's Day, 1880, possibly some of the most exotic sports ever seen at the SCG were staged when the 12th Annual Highlands Games was held. In 2014, The MLB announced that the opening two games between the Arizona Diamondbacks and the Los Angeles Dodgers would be played at the Sydney Cricket Grounds.