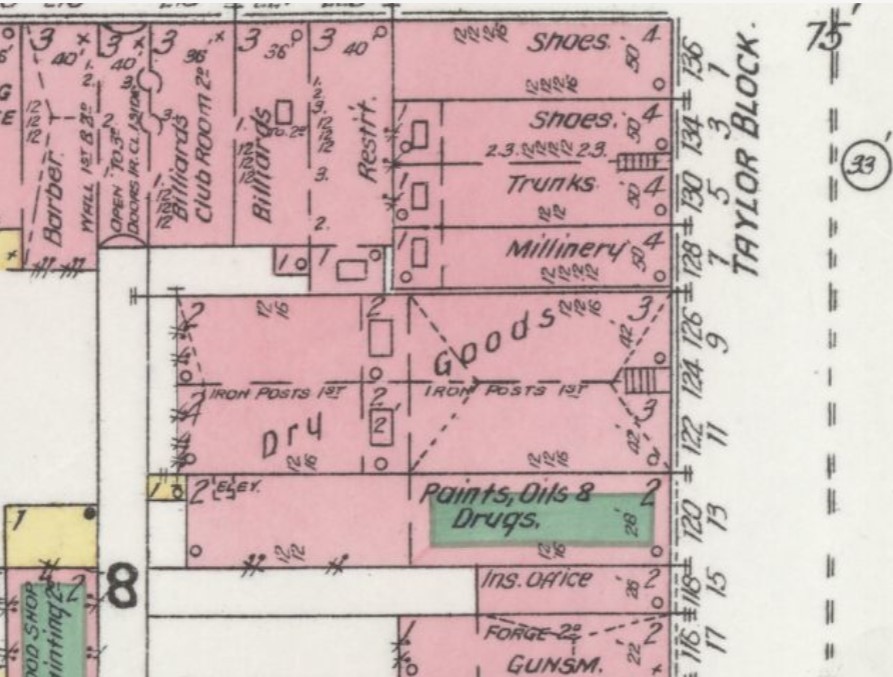 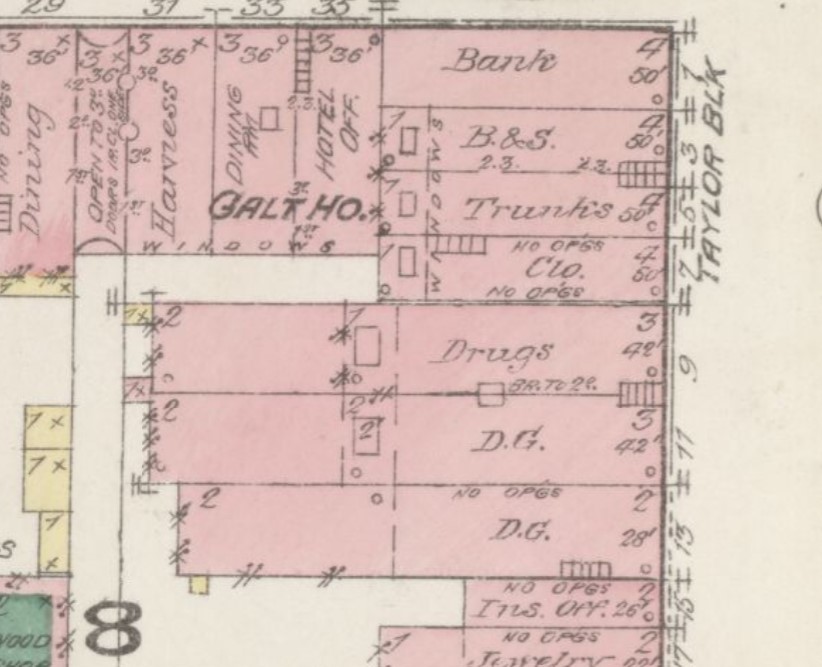 The street addresses were different from modern numbering on the 19th-century Sanborn fire insurance maps of the town. The 1885 Sanborn map of S. Third Street opposite the county courthouse places a drugstore at #9 and a dry goods shop in #11 and #13; the southern portion, #13, would be the Wells Yeager Best building. There was no direct connection between the interior of the Wells Yeager Best building and the rest of the dry goods store to the north. The 1892 Sanborn map of the same block shows the dry goods store at #9 and #11 with offices on the upper stories. Paints, oils, and drugs were sold in #13. By 1899, the Wells Yeager Best Building (120 S. Third) still was not connected internally to the dry goods store to the north (#122-124-126 S. Third) and still sold paints, oils, and drugs (see images below). An elevator was added near the rear of the building between 1892 and 1899.

There were four locations in Lafayette where medicine was being manufactured in 1909; one was the Wells Medicine Company. In 1918, the Wells Yeager Best Drugstore added automotive tires to its items for sale. Clerks received a commission from tire sales, which quickly became a popular item, with $4,000 sold in the first week. Tire stock was stored on the second level of the structure, with samples in the store windows and cross sections of tires to use in the sales pitch on the superiority of the wrapped tread type.

Wells Yeager Best is still a local pharmacy but is no longer within the 1872 building. Candor Realty now occupies the ground floor space and specializes in rental housing near the Perdue campus in West Lafayette and downtown Lafayette. The upper levels of the Wells Yeager Best building contains historic apartments that have undergone renovation. One that was advertised to rent recently boasts three bedrooms, exposed brick walls, 12-foot ceilings, and a spacious kitchen with a breakfast bar.