Construction of this fire station building began in 1921, and since 2003 part of the station is utilized for fire safety education while the rest serves as a museum and has been restored to show what firefighting was like in the 1930s. One room in the Five Points Fire Station Museum displays toys related to firefighting; another showcases firefighting tools. Coats and helmets can be tried on by possible future firefighters. Another room is furnished like a firefighter's bunkroom. A leading highlight of the museum a 1937 firetruck on display inside the museum - an Ahrens-Fox truck that actually served this fire station for nearly four decades. The fire station opened in 1922 and cost around $20,000 to build. The vacated building was turned into a museum in 2003 and was listed as part of the St. Mary's National Register Historic District 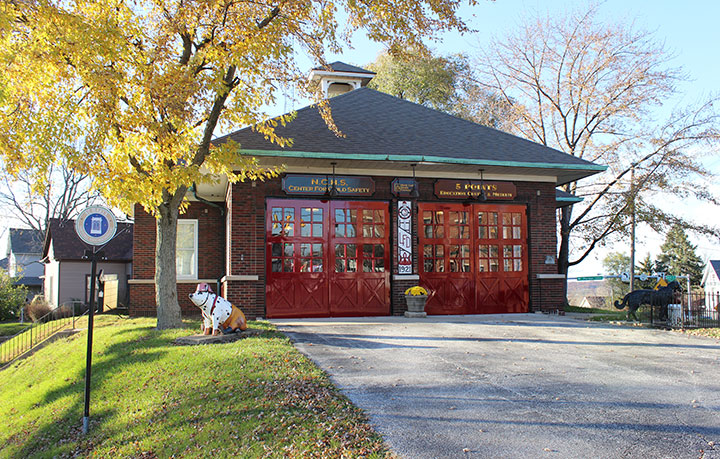 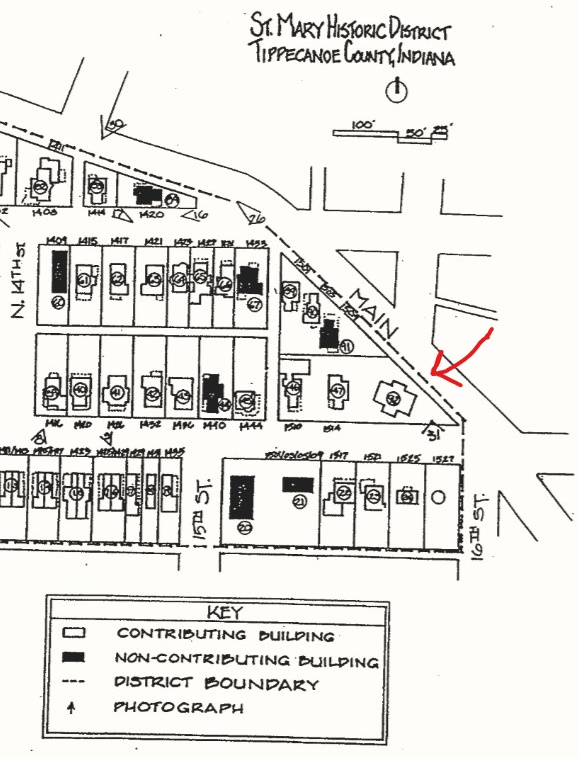 The city of Lafayette bought the lot on Main near the intersection with South Street, where the Five Points Fire Station now stands, in 1919. Older buildings on the site were the Oakland House Tavern and Hotel, and the National Fruit Juice Company. The city had Fire Station No. 3 built in 1921 by Jacob K. Memmer Construction. The one-story structure has a brick exterior and bell tower and formerly had a tile roof. The building had room to house ten men. It was intended as a replacement for an older station on Purdue Street that was staffed by volunteers. Rear additions have created a cross shape in plan. While the doors and windows have been replaced, the decorative brick window sills and hoods remain.

The fire station was one of the first in the city to be built for non-horse-powered firefighting. The building lacked a kitchen. The firefighters worked 24 hour shifts and were given two hours off to go home for meals. The crew was split in two for alternating shifts. Remodeling took place beginning in the 1970s to provide for a new kitchen and other updated facilities.

After plans were announced for a new fire station in 2001, the Five Points Station building was listed in the National Register of Historic Places as part of the St. Mary's Historic District. The station's fire engine left for a home at the new station in late 2002 at 18th and South Streets; up to that time, Station No. 3 was the oldest fire station still in use in Lafayette. Grant funding allowed renovation of the building to create a non-profit museum, dedicated to fire prevention, safety, and awareness. The museum's grand opening was July 4th weekend in 2003.

The 1937 Ahrens-Fox VC fire engine on display in the museum cost nearly $6,000 when purchased early in 1938. The engine saw six years of use at this station before being damaged in an explosion that was fatal to three firemen. After being returned to the factory for repairs, the engine served other local stations until being bought by local collectors in the 1980s. The engine was taken good care of and has returned to where it began, the Five Points station's museum.

Two cast iron statues used to stand in front of the fire station doorway - a young African-American boy and a Newfoundland dog. The statue of the child was deemed offensive and was removed in the 1960s but the dog statue remains. The statue of the young boy also was restored and is now on display inside the museum.