Angels Stadium has been home to the now Los Angeles Angels since 1966 where they played their first game against the Chicago White Sox. The stadium took two years to build and has been the home of the Angels ever since. This ballpark has undergone many renovations, one of which required due to an earthquake, as well as name changes. The L.A. Rams called this field home as well for a number of years when the stadium was built for multi purpose sporting events. Since the Rams left in 1994, Angel Stadium has been home to only the Angels. This ballpark also features two very unique pieces of architecture, the "Big A" and the "California Spectacular" and was home to the 2002 MLB World Series which saw their home team win their first and only World Series. 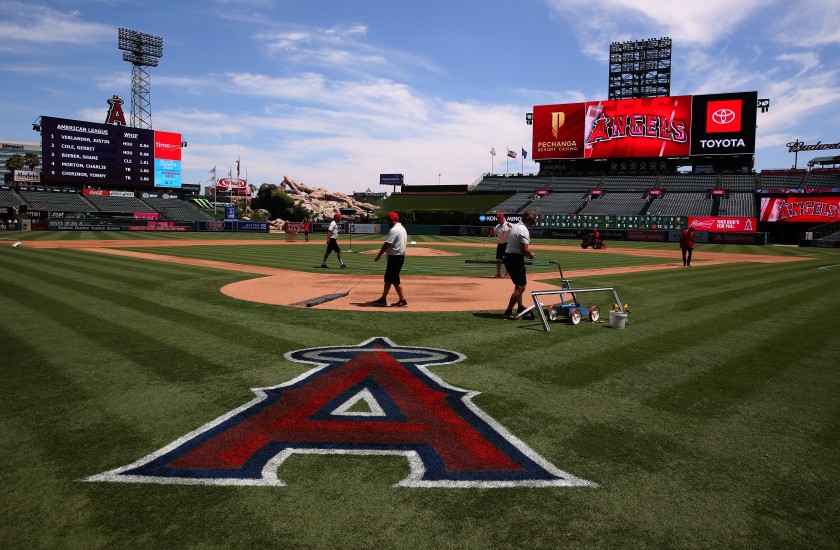 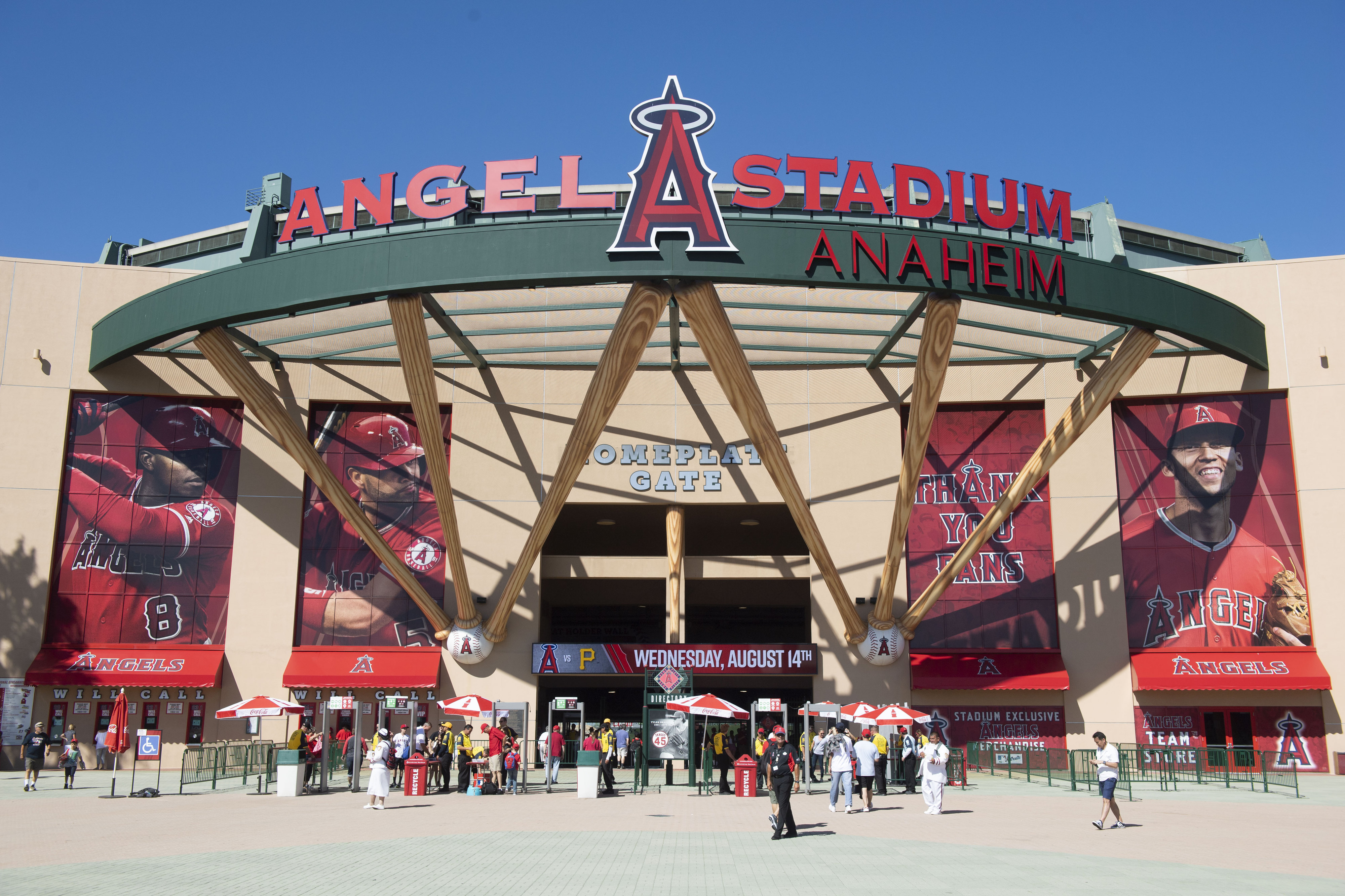 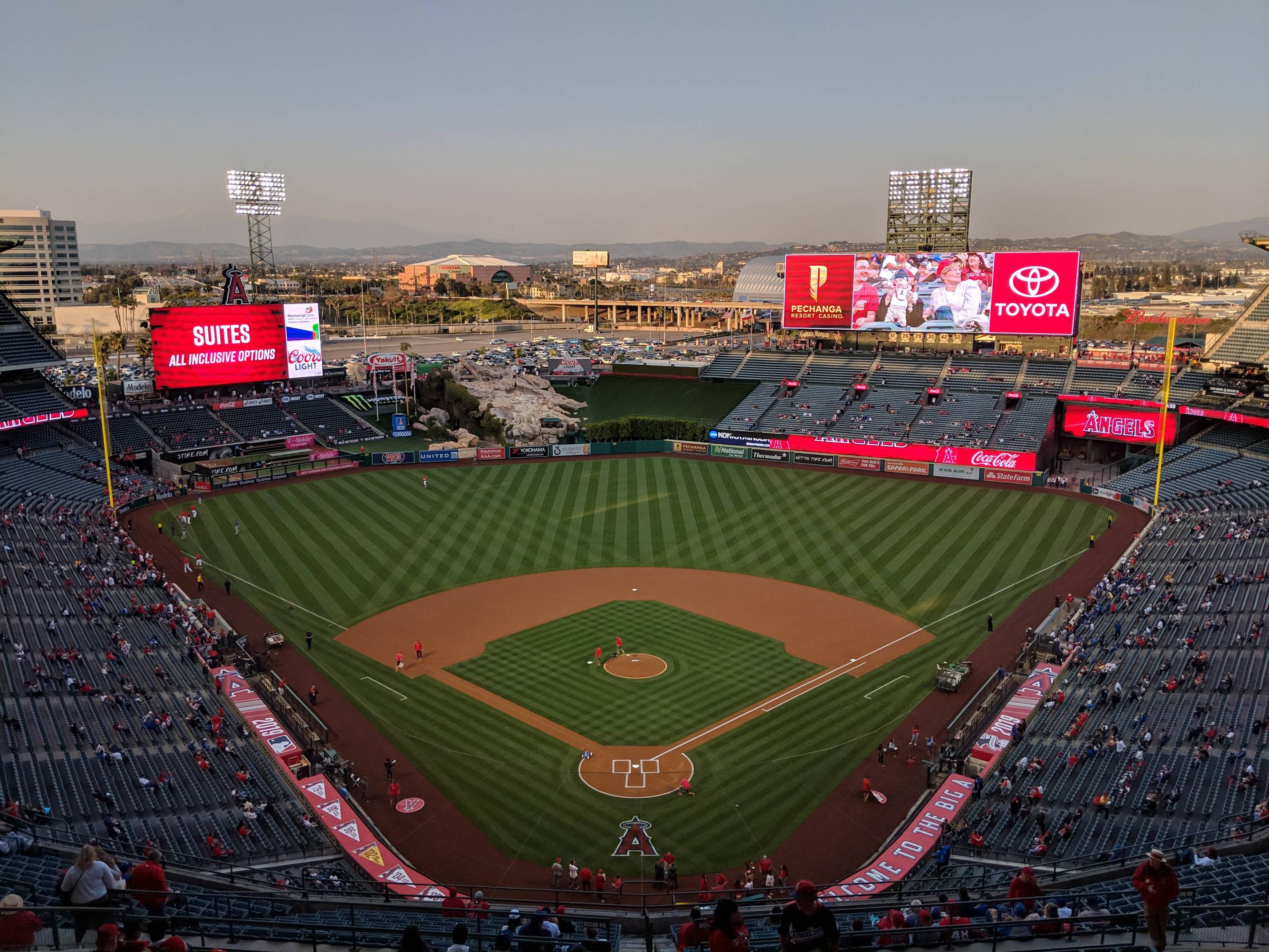 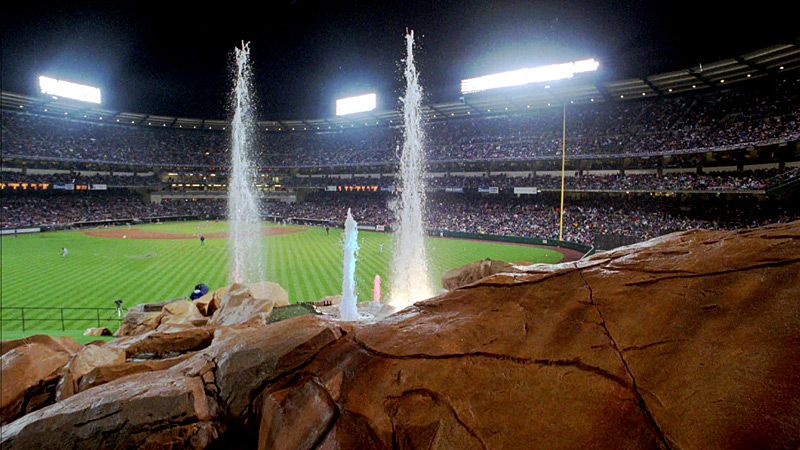 The Angels weren't always called the L.A. Angels and Angel Stadium wasn't always called Angel Stadium. In 1966 the California Angels played their first game at Anaheim Stadium on April 19th against the Chicago White Sox in front of 31,660 fans. The stadium broke ground two years prior in 1964 and it originally cost $24 million to build.

It has undergone a few renovations, the first being in 1979 to be turned into a fully enclosed, multipurpose stadium to also be the home of the L.A. Rams that also added roughly 23,000 seats. Another renovation had to occur when the Northridge Earthquake leveled the stadium in 1994. This same year the Rams moved to St. Louis which allowed the stadium to be reverted back to just a baseball stadium. Even though the earthquake hit in 1994 it wasn't until 1996 when they began the renovation. The 1997 MLB season was played with only about half of the prior seating capacity but most were put back by April of 1998 and now has roughly 45,000 seats. In 2003 the stadium was given the name that is used now, Angels Stadium, and in 2005 the Angels changed their name to the Los Angeles Angels of Anaheim and later changed it to just the Los Angeles Angels in 2016 which is the name used now.

After remodeling the ballpark, what used to be in the outfield seating area, the "Big A" statue can now be found in the parking lot. This statue is an extremely tall red metal "A" with a halo that circles the top of it. Another aspect that makes Angels Stadium so unique is the "California Spectacular" in the outfield. This is a mini mountainside with real living trees and artificial rocks that is located in the left outfield seating area. In this "California Spectacular" are geysers that spray water high into the air to celebrate home runs and victories.