Appleton Arena comes in fourth on the list for oldest college hockey rink. The arena was built in 1951 and was named after Judge Charles W. Appleton. The Appleton arena is the home of the St. Lawrence University Skating Saints in Canton, New York. The arena also turned 69 years old this year with plans and renovations to keep it up and running for many more. 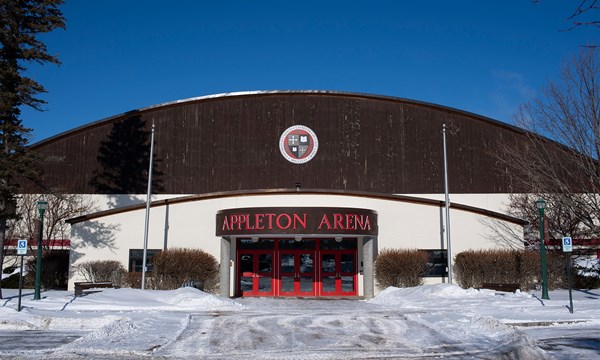 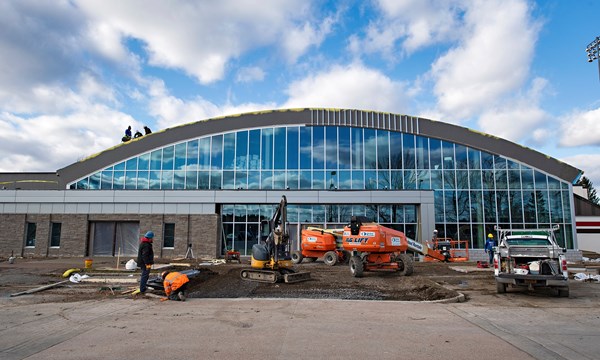 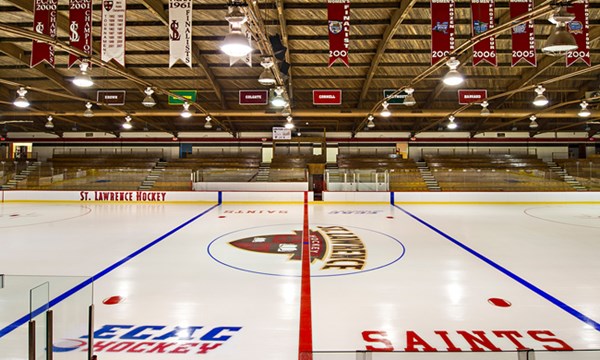 Sitting on the edge of St. Lawrence University’s campus, Appleton Arena opened its doors in January 1951. Prior to the arena being open the teams used to play on an outdoor rink which has now been replaced by Whitman Hall. The rink was named after Judge Charles W. Appleton, who was a main benefactor of the arena. The arena itself is made out of mostly wood, which they continue to preserve.

The arena is like a blast from the past with its wooden ceiling and bleachers. The fact that there is so much wood makes you feel like it should not even be a hockey arena. This fact is what gives it the most unique atmosphere out of many hockey arenas. Even the PA system in the arena has that classic demeanor to it. With a capacity of just 3200 it gives off a more intimate experience between the athletes and the audience. This is great due to the fact that the arena is in rural New York, so hockey at the Appleton Arena is very important to the town.

Since opening in in 1951 the Appleton Arena has undergone several renovations to improve life or the athletes and also the fans. Some of these renovations include a whole new entrance into the arena. This is one of the most noticeable changes due to the fact that they made the arena look way more modern. In 2019 they also added a new scoreboard and sound system which largely improved game viewings. For the players the added new locker rooms and training facilities to improve athlete life. Throughout all these renovations it still keeps its old school charm with keeping most of the original wood around the arena that fans have come to love.

With all these renovations the Appleton Arena should be open for many years to come. With those years I think people can expect the university to keep up with maintaining the original woodwork that gives it so much charm. With its atmosphere and rural town it is definitely worth the visit for such a unique experience. The university plans on re-opening in time for the first varsity hockey games it January 2020. It will definity be expected that many fans will rush to be there for this seasons opening game.