44th and Parkside Park Ballpark, located at the Southeast corner of Belmont and Parkside Avenues, Philadelphia, PA. On May 2nd, 1903, West Philadelphia became home to an ordinary athletic field that would go on to become a historical landmark 100 years later. For months, the Pennsylvania Railroad YMCA worked hard to build a new space adjacent from their main yard for employees to unwind after long shifts and keep alive their tradition of an employee football team. The field was used as a multi-sport athletic field by the local community. During the 1930s, The Philadelphia Stars Negro league baseball club played at the park from 1936 until 1952. The field opened on May 3, 1903 and the grandstands built in the 1920s. Lights were added in 1933. Ballpark capacity is said to have been 5,000 to 6,000 people. Overflow crowds brought attendance to 10,000. The field was used as a multi-sport athletic field by the local community. During the 1930s Overbrook High School and St. Joseph's Preparatory School also played their home football games at the field, and Overbrook played baseball there. The Philadelphia College of Pharmacy held 1906 Commencement Week "Athletic Games" at the field. The independent Norfolk Black Bombers all-black barnstorming football team played the Washington Willow Trees on Thanksgiving Day 1942 at the park. Stars co-owner Eddie Gottlieb organized a semi-professional baseball team called the "All-Phillies" which played at the field in its later years. Behind the right-field fence stood the roundhouse of the main yard of the Pennsylvania Railroad. Stars player Stanley Glenn recalled the smoke and soot from the coal-powered covering the ballpark forcing the Stars to stop their game until the smoke cleared. The field was rarely manicured and the grass growing high. Now at the corner of Belmont and Parkside Avenues, near to where the ballpark was located, is a wonderful remembrance of it. Included are a large mural featuring scenes from the ballpark, a statue of former Stars great Phil Sumpter, as well as an historical marker which describes the significance of the site. It is a well done tribute to a ballpark and team that most people either have forgotten or never knew about. 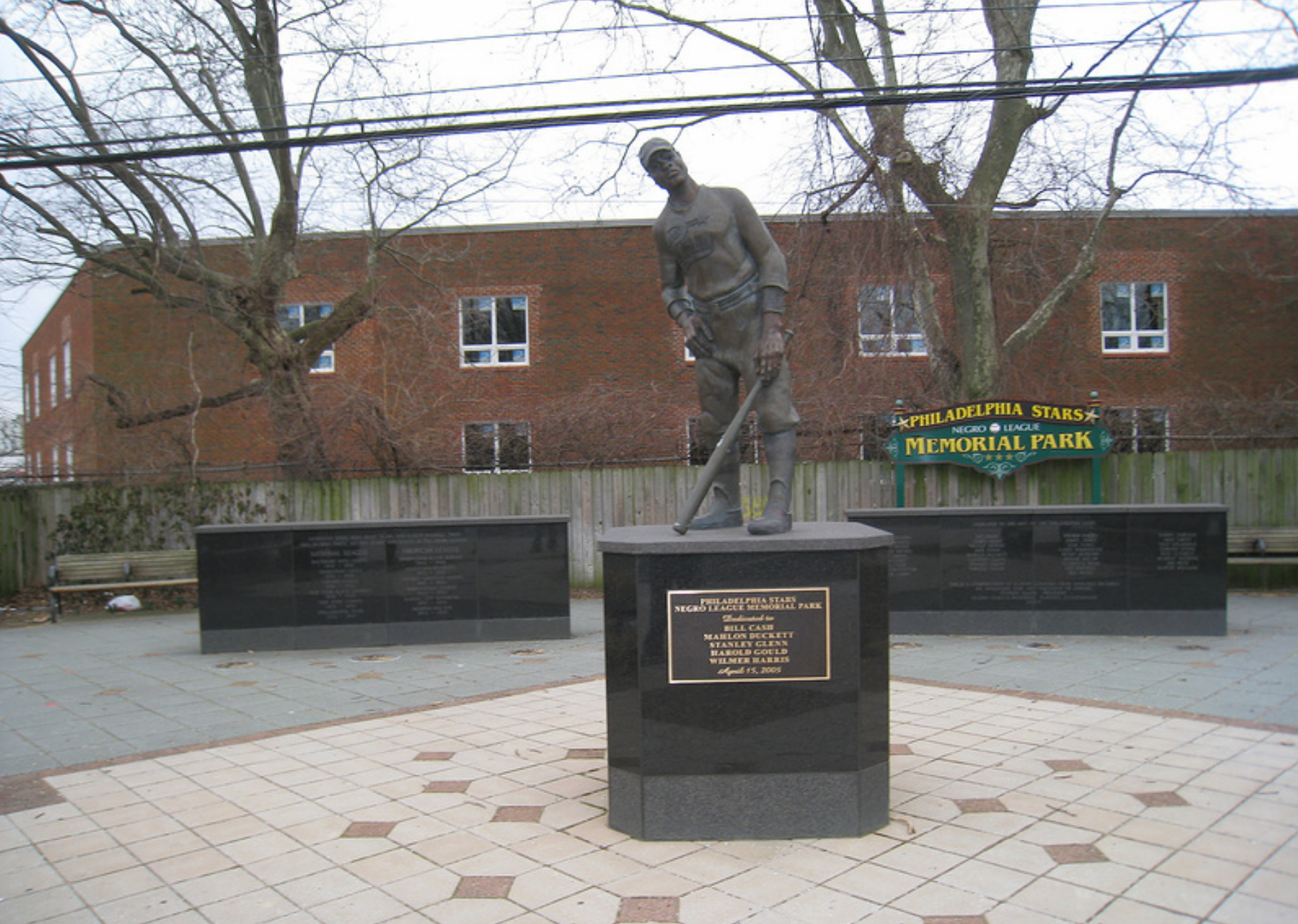 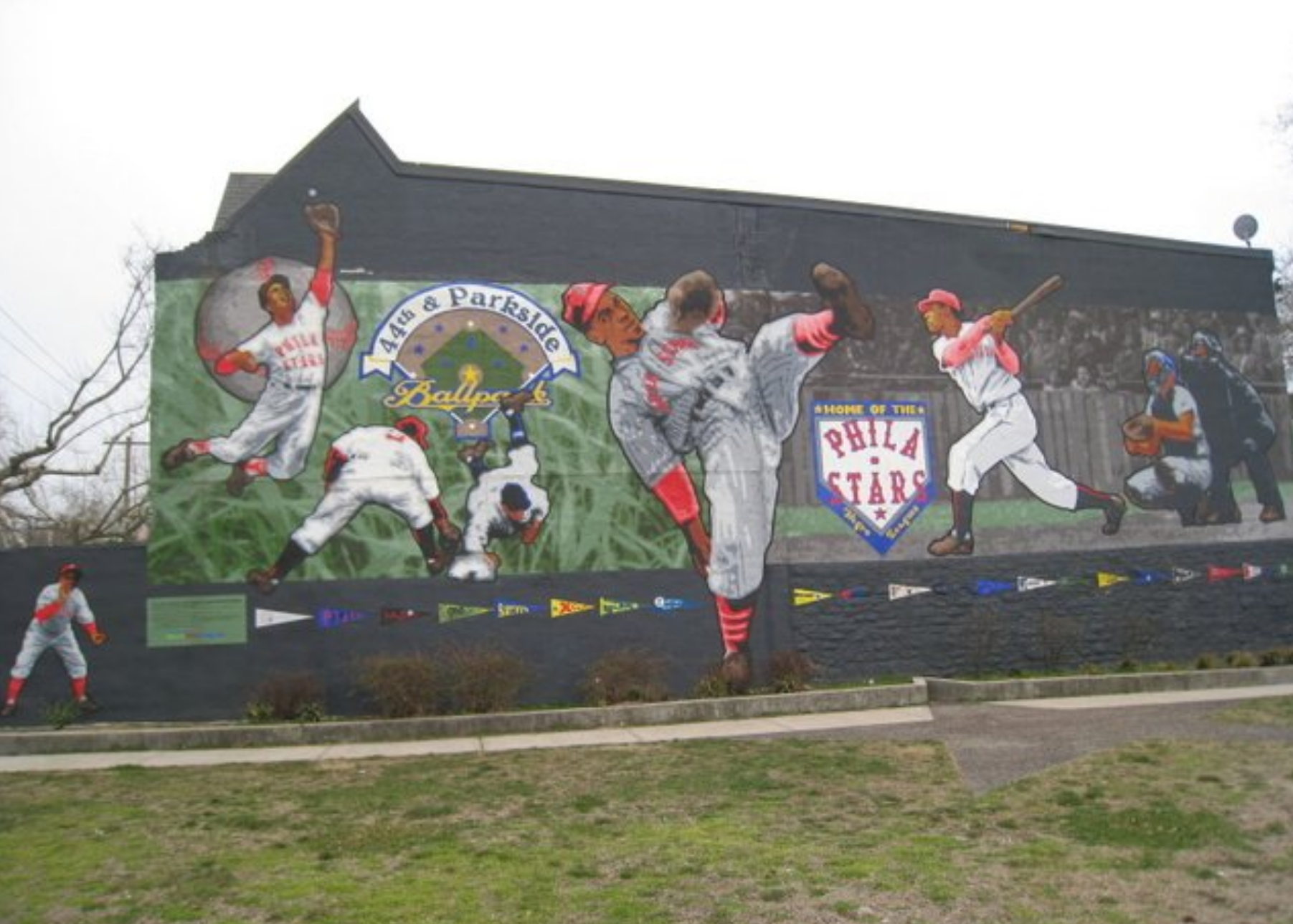 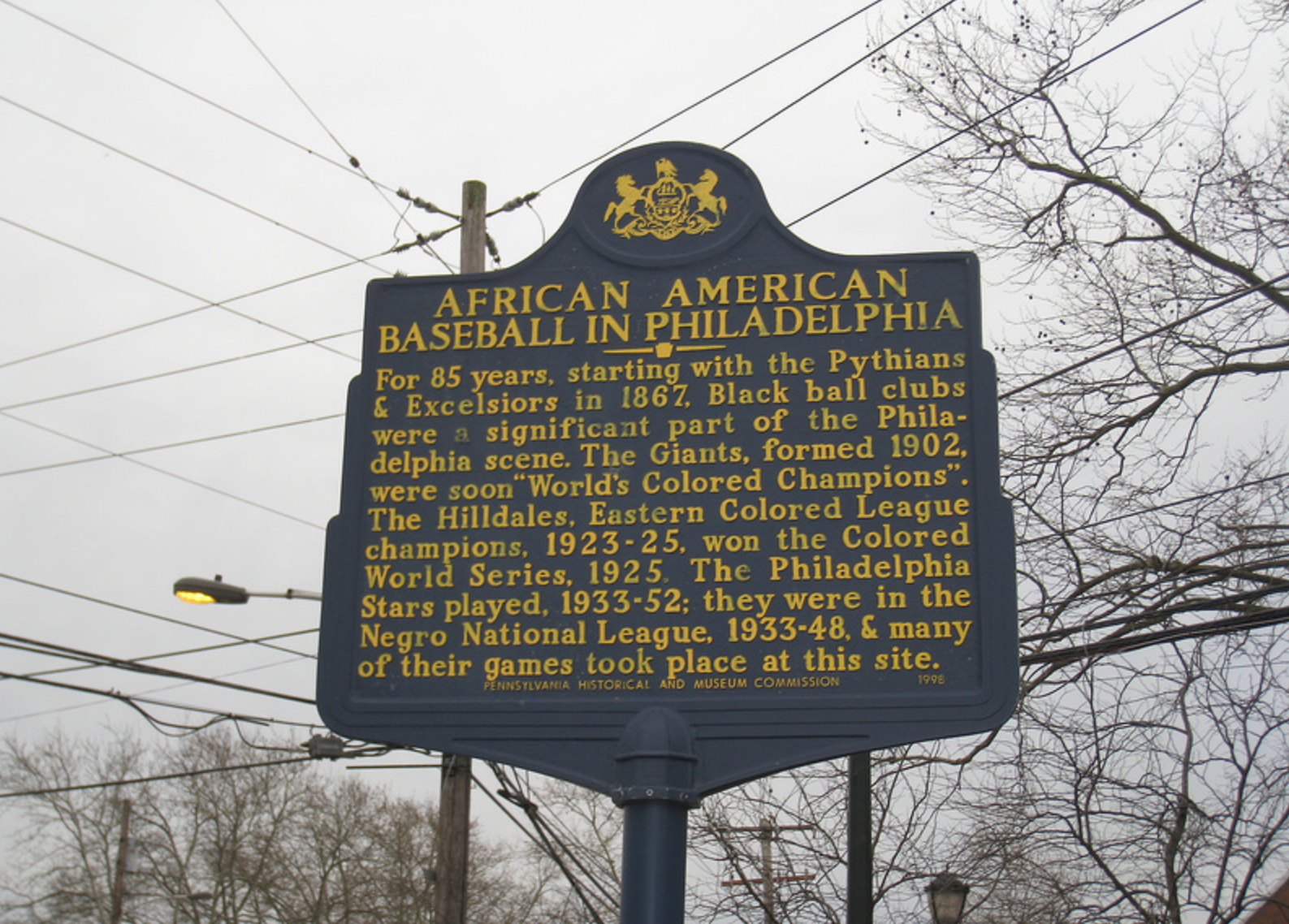 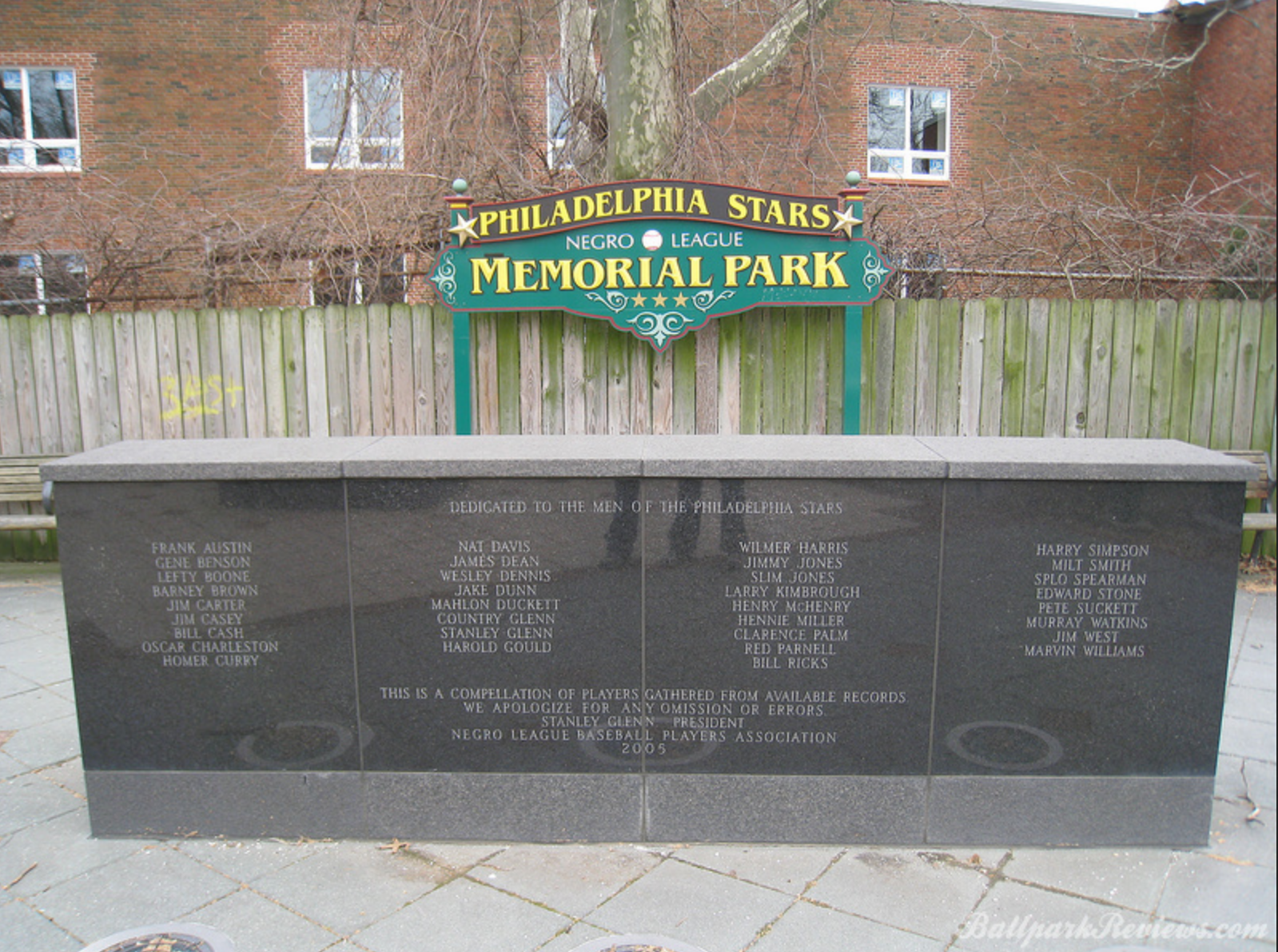 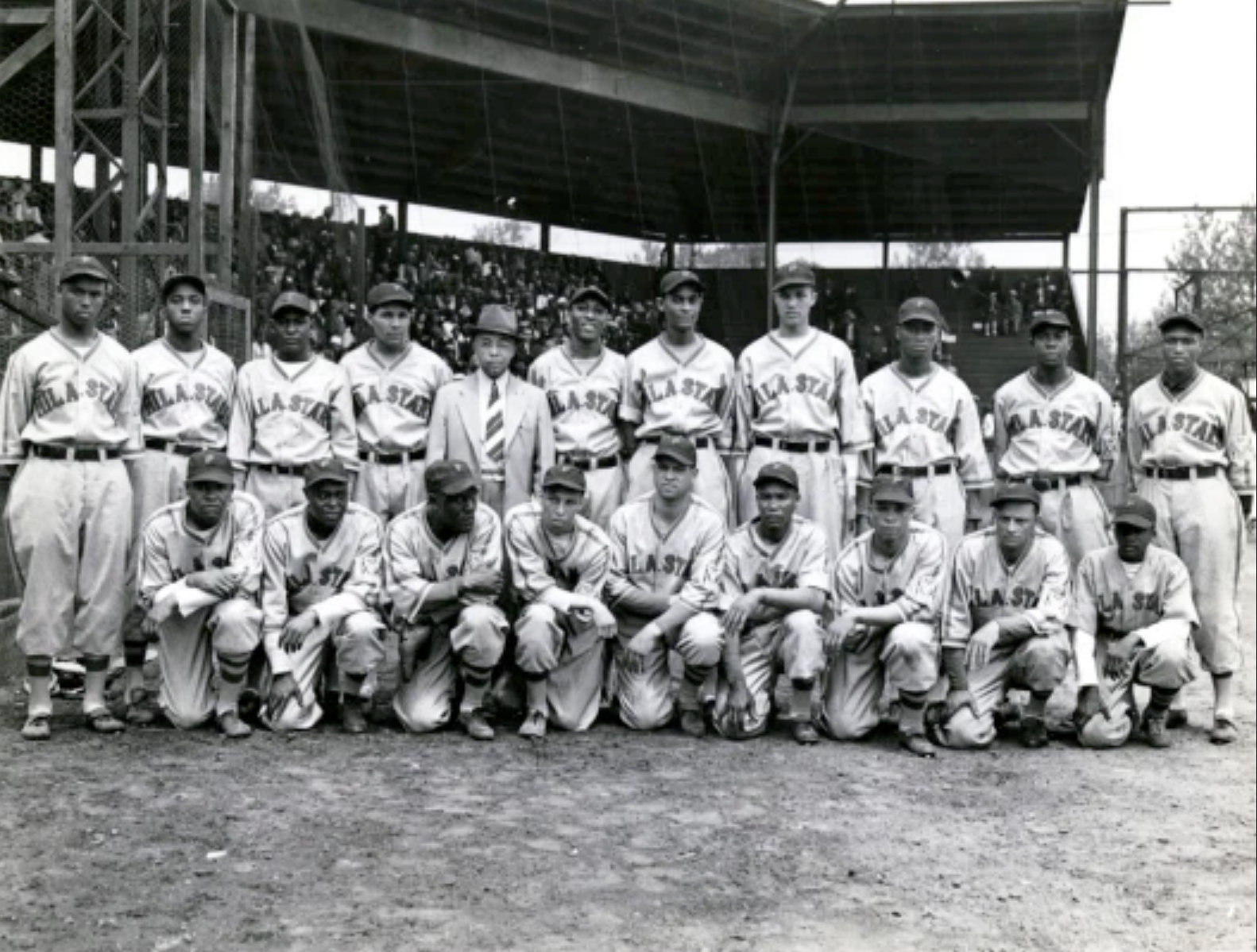 In between the Railroaders end and the Stars’ beginning at the park, the 44th and Parkside Ballpark was an important part of the community where it stood. Neighborhood teams would use the field to hold practices and games, kids from around the city would go to the park as a place to hang out and play, and during the 1930’s Overbrook High School and St. Joseph’s Preparatory School used the field for their home football and baseball games. It was used by the Philadelphia College of Pharmacy in 1906 for their “Athletic Games,” and the semi-professional baseball team the “All-Phillies” played their home games in the ballpark. Seen as a common ground in West Philadelphia, 44th and Parkside Ballpark was home to numerous teams from its inception. An all-around facility, the park was a haven for teams who needed a space to call home while they played the sports they loved. The resources the park provided for anybody who used it is what helped signify its title as a historical landmark.

After the integration of African Americans into Major League Baseball and the dismantlement of the Stars, 44th and Parkside Ballpark faced the tragic reality of becoming a barren, abandoned field in the middle of West Philadelphia. As time went on and older generations began to fade away taking the memories of Negro League Baseball with them, the outcome of the field became to build a road through it. Despite this, it was still an important part of the city and in 2004, West Philadelphia’s Business Association of West Parkside gathered several local groups and convinced them to build a memorial park. Next to where the physical park once was stand two markers that pay tribute to the Stars: a Pennsylvania Historic Site marker honoring African American Baseball in Philadelphia, and a separate Negro League Memorial Statue.

Across from the memorial park and running along Belmont Avenue stands another tribute to the Stars. As a part of the Philadelphia MuralArts Program, a mural of African American baseball players all imitating different plays in a game is painted on the side of a rowhome titled “Philadelphia Stars: A Tribute to Negro League Baseball.”

These three markers all signifying a piece of Philadelphia history are big parts of West Philadelphia itself. The players on the Stars, some who would eventually go on to play in Major League Baseball and others who would have close ties to Major Leaguers, were heroes in a community where little to none existed.

Satchel Paige played for Philadelphia before he went on to play for three Major League Baseball teams and became one of the biggest faces of integration in baseball.Gene Benson, who played for the Stars in 1937, was roommates with Jackie Robinson during their winter league in Venezuela and is often remembered as a close friend and mentor to the groundbreaking Robinson. Biz Mackey, who is often regarded as one of the greatest Negro League players, was inducted into the Major League Baseball Hall of Fame in 2006 without ever playing in a Major League game. These heroes were made thanks to 44th and Parkside Ballpark, a place where any and every one could gather to watch a common game. Its place in Philadelphia adds to the city’s rich history and gives anybody who visits it a taste of the excitement and energy spectators and players had almost 90 years ago. As the memorials still stand honoring 44th and Parkside and its players, it still holds its title as an important part in Philadelphia history.