You are currently looking at the historical site marker for market square in Williamsport, a city in Pennsylvania that became known as the “lumber capital of the world” after the Civil War.

Transporting logs on the water 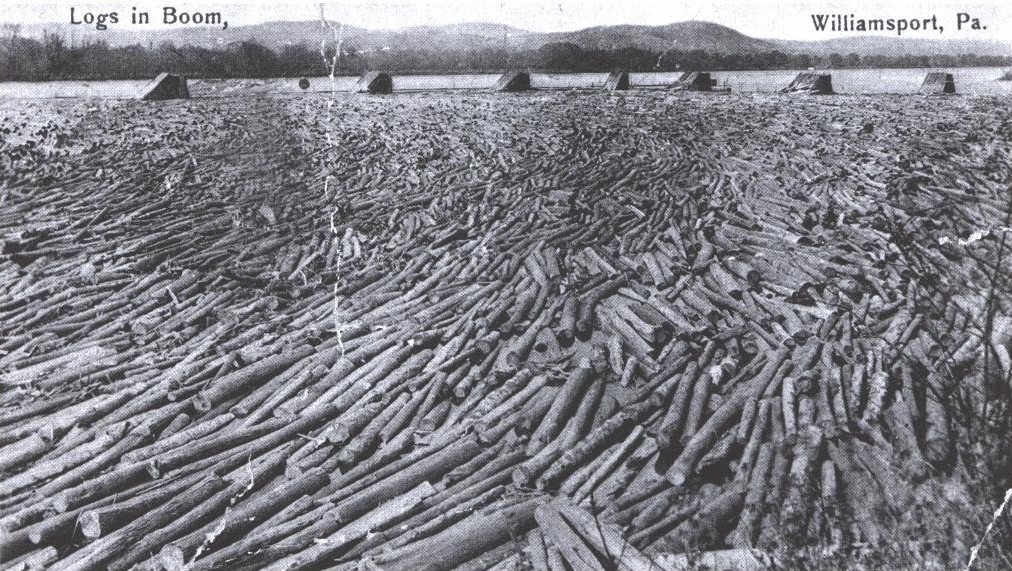 This area in Lycoming county was rich with white pines, some of the most valued trees in North America due to their height and resistance to warping and rot. By 1838, a group of investors opened the very first saw mill in Williamsport and the Susquehanna was used as the main waterway to transport the logs. After the Civil War there was an increased demand for lumber and Williamsport was seen as a city of millionaires. Unfortunately, these logging titans depended on a natural resource that was slow to renew itself, and by the 1870s, most of the trees in the surrounding area were gone.

Although economic panics affected the stability of saw mills, one of the major reasons behind their closures across Pennsylvania relates to the establishment of the railroad. The railroad boom started in the United States around the 1830s and by the 1880s, lumber titans were establishing portable mills that used railroad connections to transport the lumber directly to market. Focusing further on the decline of this industry, by 1908 most of Pennsylvania’s forests were gone and conservation movements began to reforest stripped areas. By the 20th century there was a raised consciousness regarding the landscape and the importance of maintaining natural areas.