Constructed in 1911, the Colville Opera House and Odd Fellows Hall is historically significant for its architecture and the organization for which it was built. In terms of design, the building is a fine example of Classical Revival architecture. Three-stories tall, its notable features include a pediment in the center of the roofline, an arched window on the third floor, and decorative columns. As its name indicates, the building was a theater and the home of the local chapter of the International Order of Odd Fellows (IOOF), a fraternal order established in 1819 (unlike most other fraternal organizations, women could be members of IOOF). The theater was located on the first floor and the Odd Fellows met on the second floor (originally there were two floors). Today the building houses a dance school and a couple of restaurants. It was added to the National Register of Historic Places in 1997. 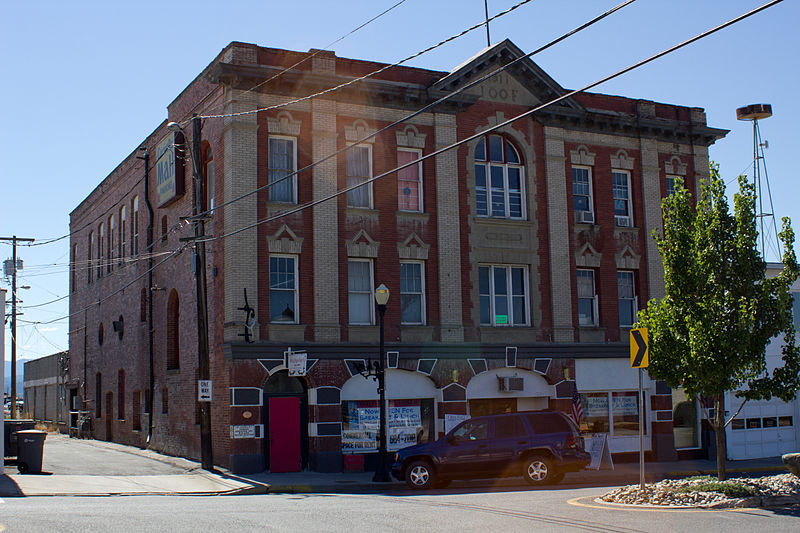 For many years, the building was an important social and cultural center for the community. "Opera houses" had been popular throughout the West since the 1870s. As replacements for saloons and other informal gathering places, they were considered more appropriate venues to perform in and signified that a community was maturing. The theater hosted a variety of events (such as high school graduations) artists, vaudeville acts, speakers, performers and musicians who traveled around the country. Silent films were also shown as well. In 1935, the theater became obsolete after a "movie house" was built on Main Street. By then, it was simply outdated. It was at this point that the second floor was built to create commercial space.

The IOOF was established in America in 1819 in Baltimore, Maryland. The purpose of the IOOF and other fraternal organizations was to provide opportunities for people to socialize, strengthen community bonds, and often participate in various types of charity work. The Colville chapter was founded in 1891 and built its first lodge in 1897 where the current building stands now. The first leader was Robert E. Lee, the fourth cousin of the famous Confederate general of the Civil War. Lee was a prominent figure in the community. He ran a successful general store and served as councilman, mayor, bailiff, and was a member of the school board. His wife, Belle, was also a respected community member. She was a teacher, helped organize a lodge for women called the Faithful Rebeka Lodge (she was also its leader and eventually the president of Rebekas of Washington), and was involved in various charitable activities. Other lodge members were prominent individuals in the community as well.

The IOOF leased the hall to other fraternal organizations including the Masons. Eventually, they all moved out by 1954. The building remained mostly vacant during the next several decades. It is not readily apparent when the current tenants moved in.