Before the Civil Rights Act of 1964, discrimination of African Americans in the workplace often took place. In the case of Griggs versus Duke Power, the cause for action came when Duke Power was administering intellectual tests and demanding high school diplomas in order for initial hire. This was not new to the South, who until 1964, got away with giving difficult tests as a way to monitor who gained employment and who did not. Throughout the case, many times were the plaintiffs told there was nothing that could be done because the defendant was acting under legal laws. However, when it was brought before the Supreme Court, those rulings were turned upside down. 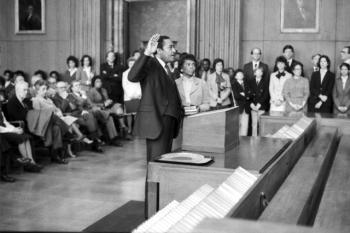 Duke Power’s Dan River hydroelectric plant did hire people of color but first they must produce a high school diploma and score high enough on tests to achieve employment with the company. That is when Willie Griggs and a dozen other African Americans decided to take action against the company in Draper, North Carolina. Before the Civil Rights Act was enacted, finding a place that would employ Blacks was limited.

In 1955, Duke Power began requiring high school diplomas to be considered for other department jobs outside of Labor. However, Blacks were only hired for the Labor department. In 1965, a year after the Civil Rights Act was implemented, Duke Power began requiring high school diplomas for those who wished to transfer departments. Thus, hindering many African Americans from transferring departments. In late 1965, people who could not produce a high school diploma were given the opportunity to transfer if they could pass a series of tests. Those tests included the Wonderlic Test, which was an intelligence test, and the Bennett Mechanical Comprehension Test, a skills test.

Griggs said that the tests violated his rights as described under Title VII of the Civil Rights Act. The federal court, however, did not agree. The Fourth Circuit Court of Appeals also sided with Duke Power citing the company did not have intent to discriminate against anyone specific. The case went before the Supreme Court in late 1970. The Supreme Court sided with Griggs stating the tests and diploma requirement were lawful only when the tests and diplomas do not limit who is hired and who is not as well as when the tests do not pertain to the skills used on the job. Duke Power displayed no necessary need for a diploma or testing for hiring or promotion. The Court stated that there was no clear intent to discriminate however, the test had discriminating consequences- “disparate impact”.

Prior to the Griggs, for a case to have any sort of footing, one needed to show intent to discriminate. After the Griggs case, one only needed to show that the consequences were discriminatory. The 1980s had a few cases that disregarded the rulings of Griggs versus Duke Power which initiated the Civil Rights Act of 1991, which helped bring the Griggs ruling back to life.