The Cortland Post Office was built in 1913 and is located at 88 Main Street, Cortland, New York. The Post Office underwent an extension in the early 1940s created by the Office of the Supervising Architect of the Treasury Department. This project was part of the New Deal, a federal program to create public jobs and help unemployment. 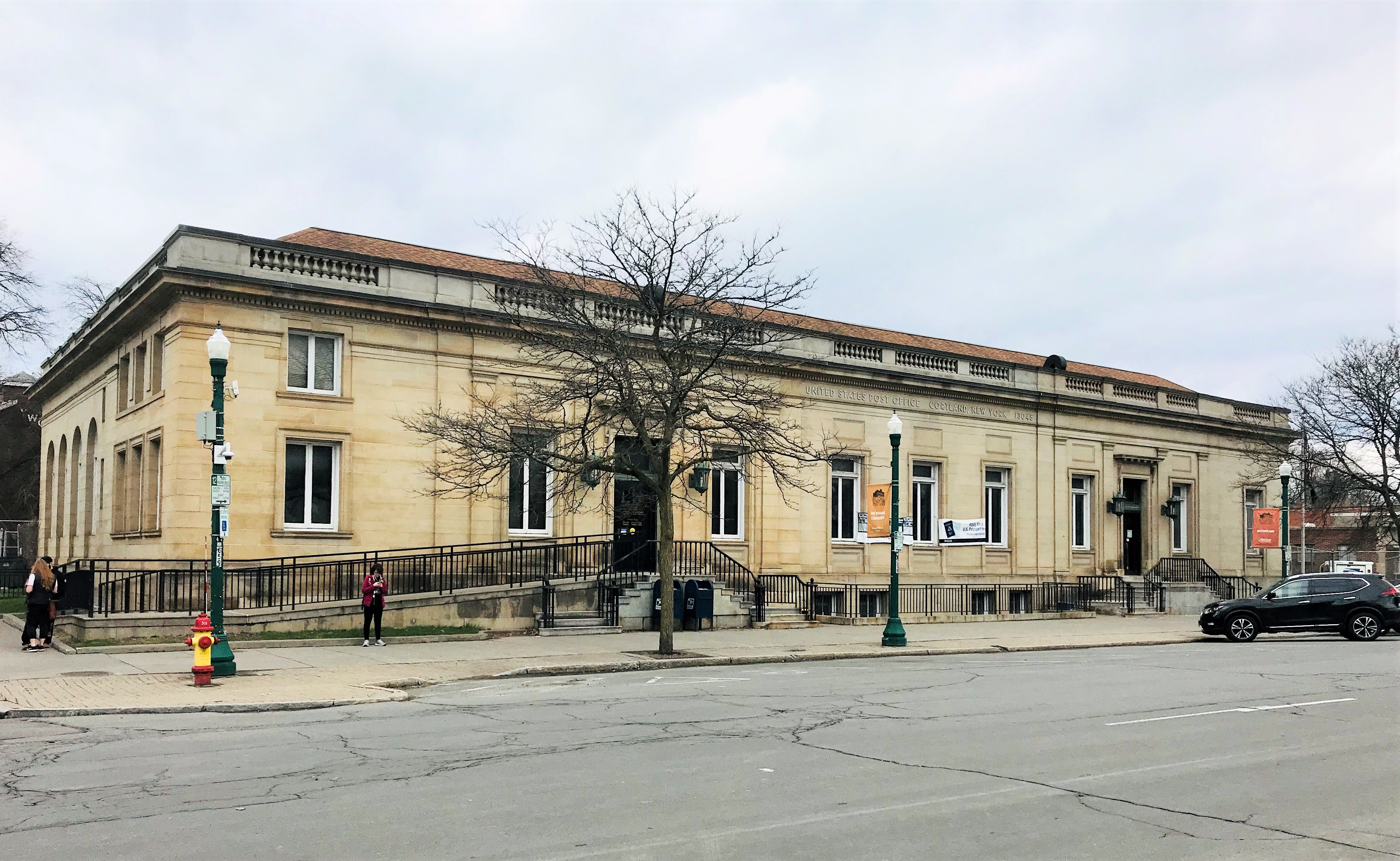 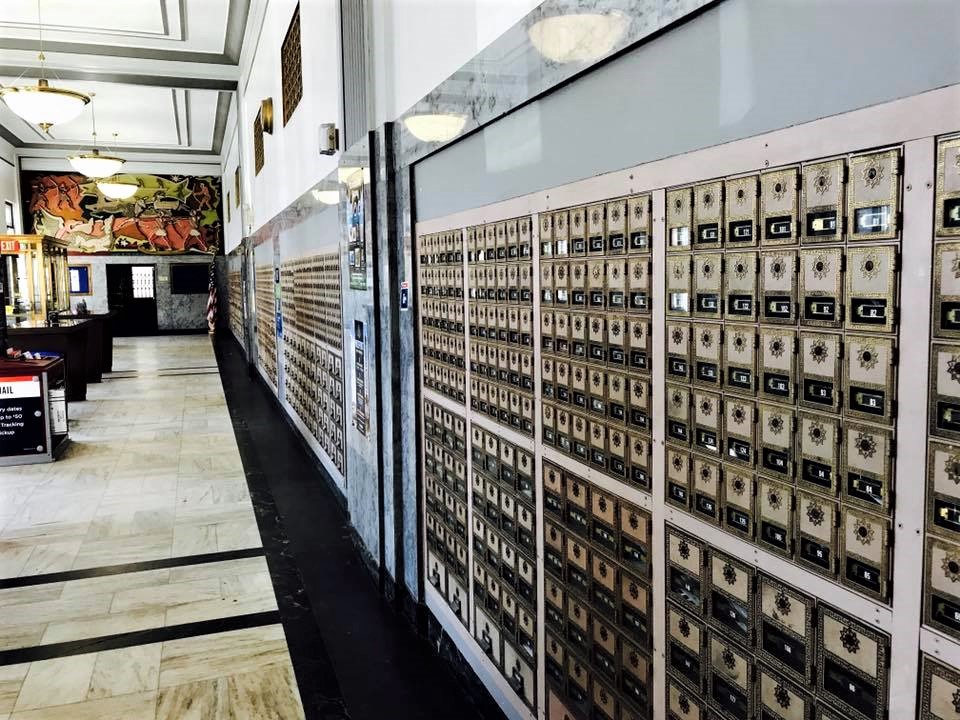 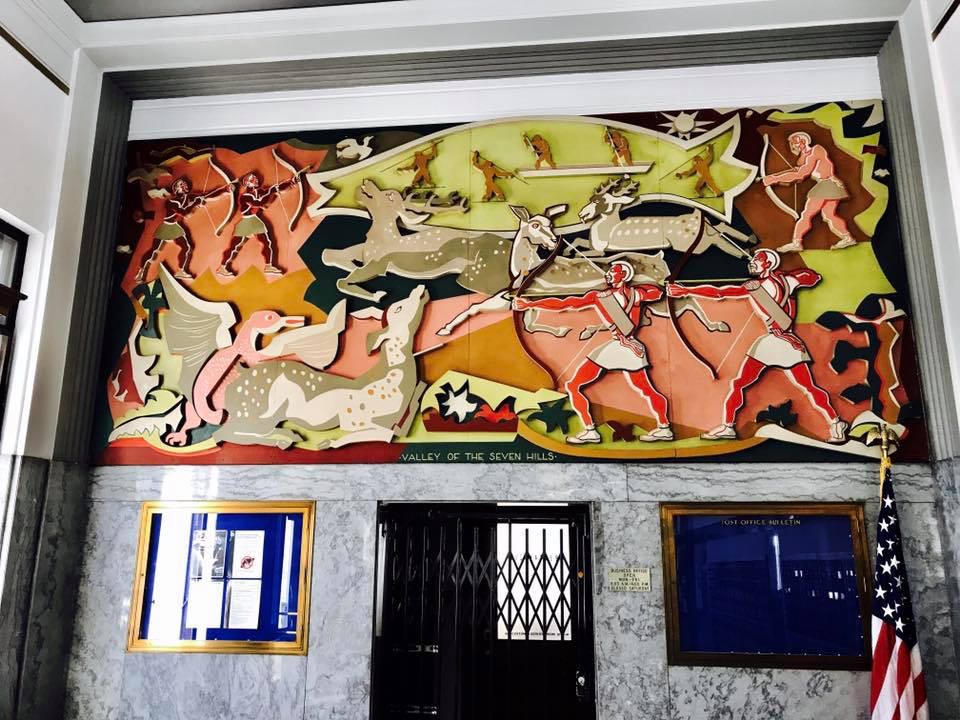 The Post Office was first established in May of 1814 in Cortlandville, New York. The mail was brought daily on a horse driven stage coach from Syracuse and the arrival of the mail was announce to alert the people. The Post Office moved serval times before arriving on Main Street it's final destination.

The original building was designed by Oscar Wenderoth who served as the Supervising Architect for the U.S. Treasury Department. This rectangular building is two stories tall and supported by brick and concrete. This building featured smooth limestone within and during the expansion in the 1940s they made sure to preserve this beauty. The Cortland Post Office is a historic mark that can be found on Main Street.

The Post Office on Main Street was built in 1913 and was enlarged in the 1940s due to the New Deal project which was created by Franklin D. Roosevelt the 32nd president of the United States. The purpose of this project was not only to enlarge the Post Office but also provide jobs to the people of Cortland during this time.

In 1935, the Federal Government established five projects as part of the New Deal recovery efforts during the Great Depression. The project programs sponsored by the Works Progress Administration (WPA). This relief effort provided employment for artists, writers, directors and theater workers. In Cortland, WPA programs brought entertainment to Schine's State and Temple theaters, and sponsored the painting of the "Valley of the Seven Hills" painted wood relief mural by Ryah Ludins installed in the Cortland Post Office in 1943.