The Parthenon was a temple for the goddess Athena built on the Acropolis in Athens, Greece. It was built during the Classical Age of Greece and is often considered a symbol of Western civilization. It was built after the Persians left Greece, and its ruins still stand today. Over thousands of years it has been destroyed and repaired several times, been used as a Christian church and an Islamic Mosque, and has had its pieces shipped to museums all over the world. The Parthenon has a rich history, and is an important monument in Greece — and the world in general. 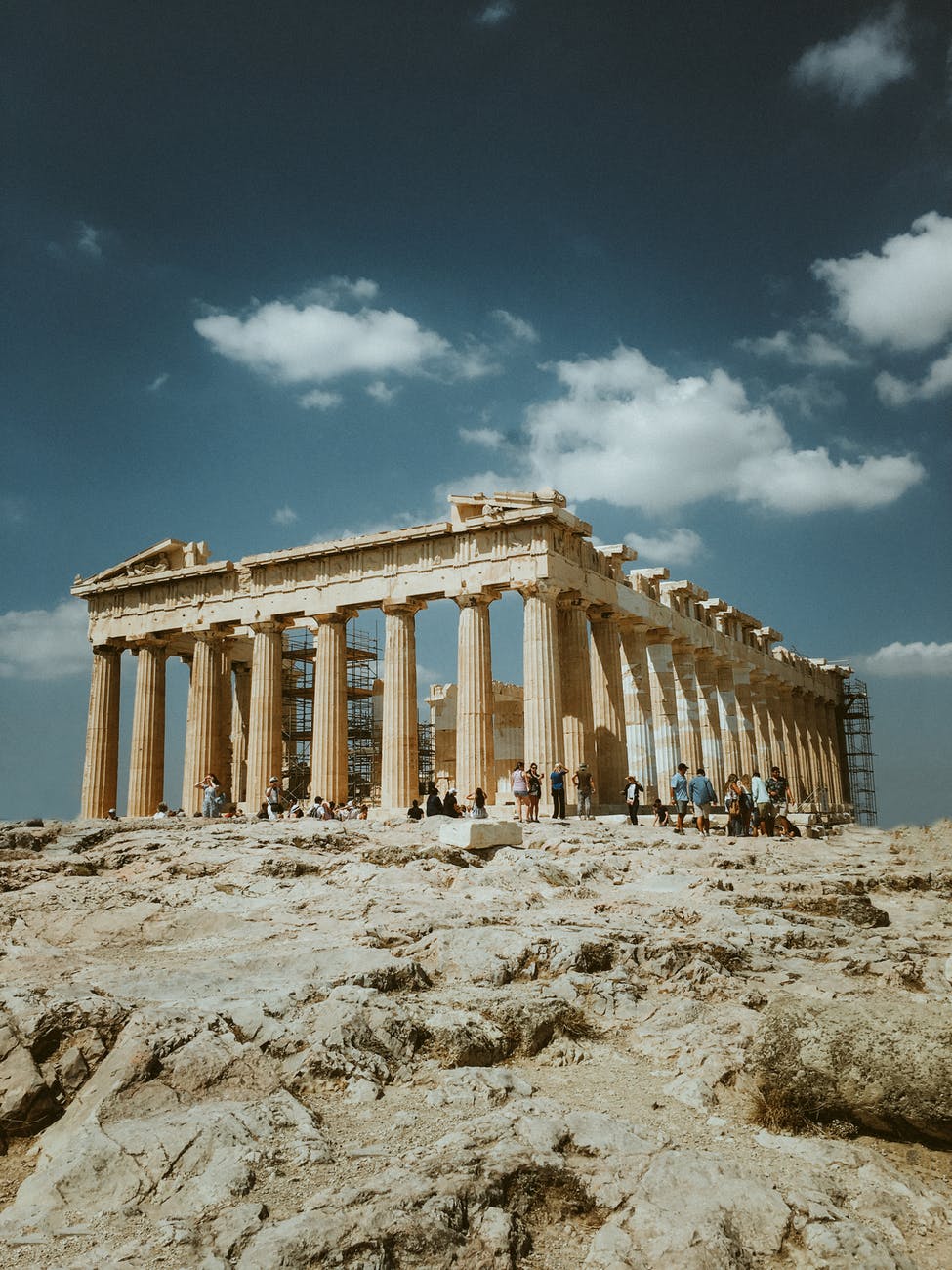 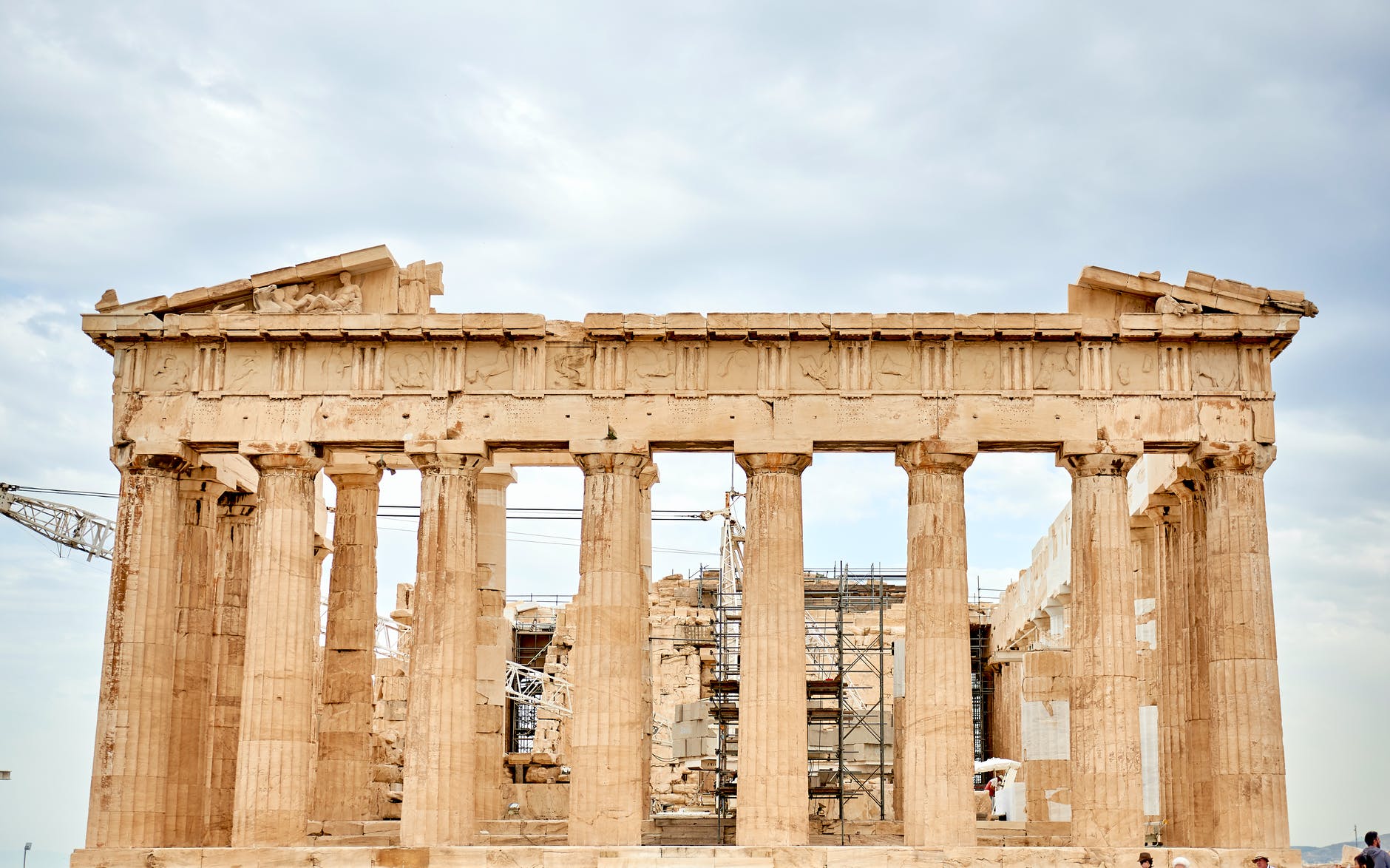 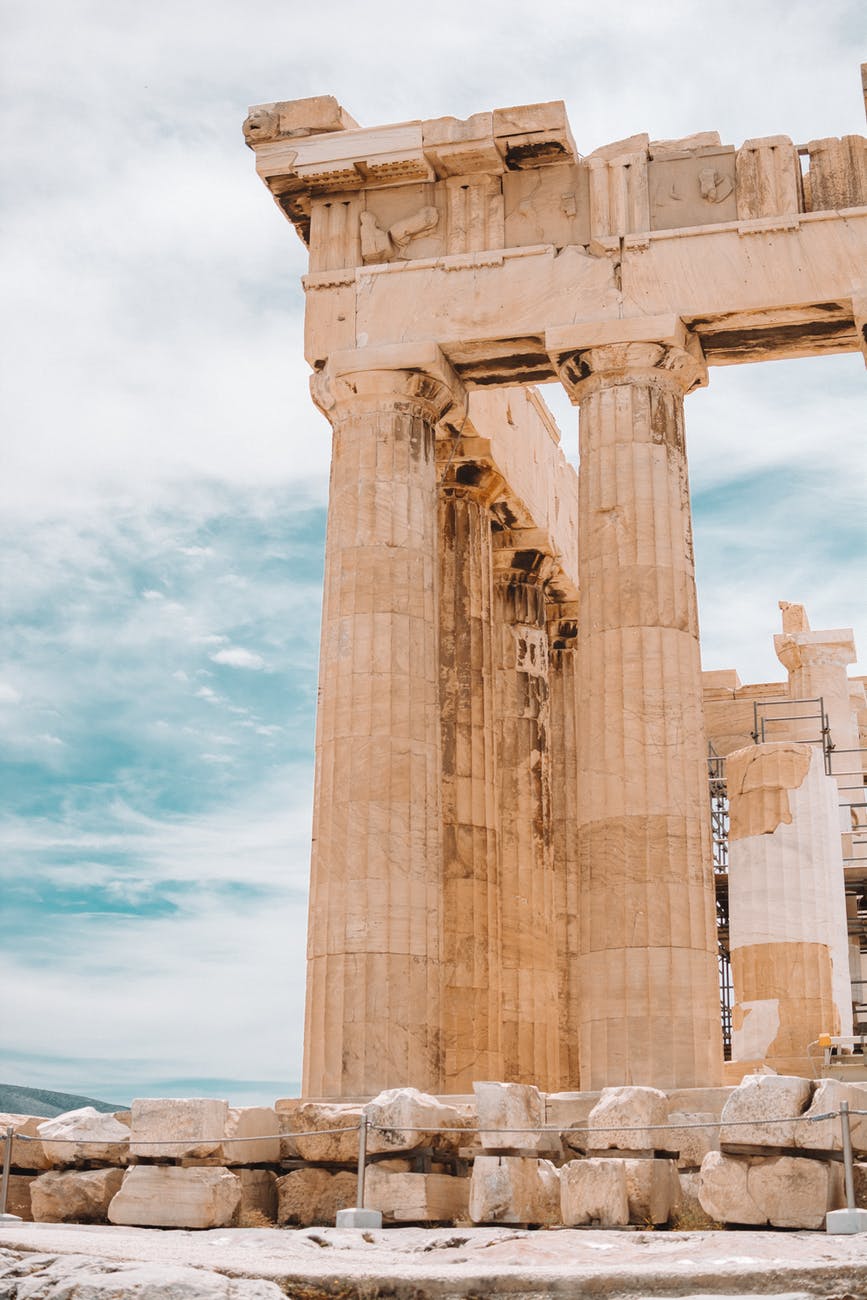 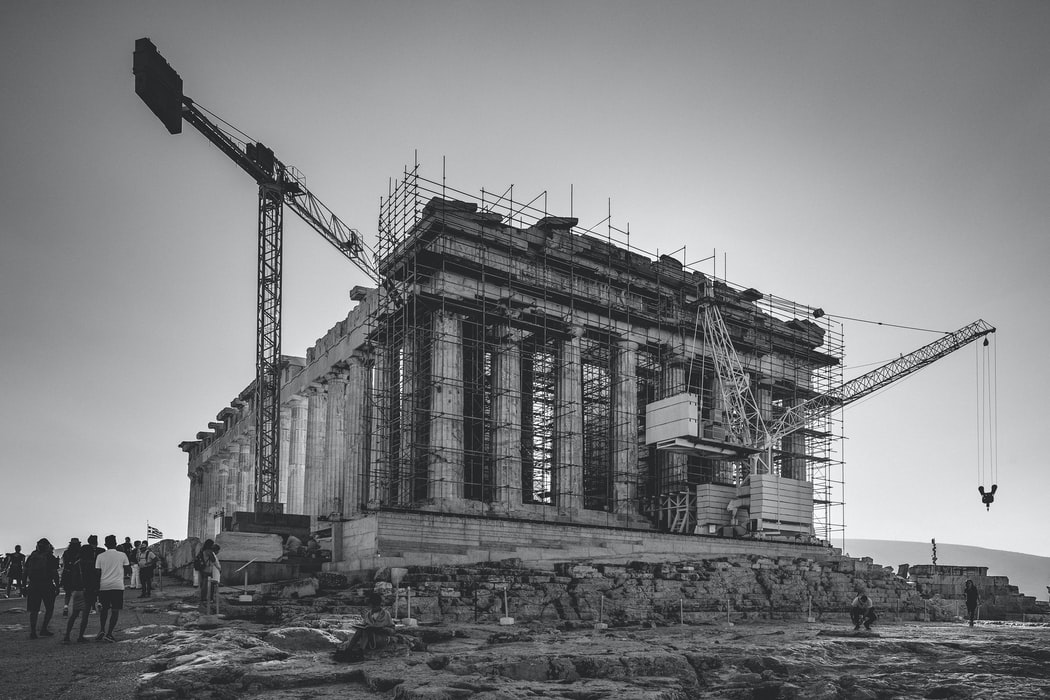 The Parthenon in Athens has had a long and storied history. When construction originally began in 447 BC it was to be a temple of Athena, the patron goddess of Athens. In its original form, it was used as both a temple and the city treasury (not uncommon for Greek temples), though it would take on many uses over the centuries. The creation of the Parthenon was part of the "Periclean building program," a makeover for the Acropolis (the fortified "high city") including works such as the Parthenon, Propylaia, and Erechtheion. The architects were Ictinos and Callicrates, with Phidias as the main artist. The building of the Parthenon was full of political controversy, but today it still stands as a symbol of Classical Greece and western democracy.

The Parthenon's long and storied history begins with a fire and pirates in the 200s AD. A fire destroyed the roof and sanctuary, and in 276 AD Heruli pirates (an early Germanic people) sacked Athens, destroying many public buildings. A new wood and tile roof was built, and the temple lived on.

The next major stop in its history was when it was converted into a Christian church (Our Lady of Athens) sometime in the 6th century. The Roman empire had outlawed pagan worship beginning in the 4th century AD, though the exact date the Parthenon quit functioning as a temple to Athena is unknown. The adaption of the temple into a Christian church actually took little work. The main changes came in adjusting what doors were used to enter and exit, adding some windows, and adding a pulpit and screen. Some art and sculptures were destroyed, though some such as the famous Frieze were spared (and sometimes interpreted as Christian messages). Our Lady of Athens was visited by some historical figures, such as the Byzantine emperor Basil II in 1018 and an Italian traveler named Niccolo da Martoni in the late 1300s, who wrote wrote about it in a book titled the Pilgrimage Book. From Martoni's book we are informed of some of the religious relics that were held there, such as a copy of the gospels transcribed in Greek by St. Helena. During the Renaissance the Parthenon changed hands a number of times, but not much with the temple itself changed. A tower built sometime in the 1200s was the most lasting change, though it was under the rule of the Florentines during the Renaissance that the first surviving drawings of the temple were produced.

The next phase in the Parthenon's life began as the Turks turned it into a mosque in the 1460s. The main visual changes were some paint over obvious Christian art, removal of important Christian items, and the adaptation of the bell tower into a minaret. It is under the Turks that possibly the greatest tragedy befell the temple. In 1687 the Turks were at war with the Venetians, and decided to store their gunpowder and women and children within the walls of the Parthenon. As the battle wore on, the Venetians struck the temple with cannonballs and a massive explosion destroyed a large part of the temple. After this explosion and the subsequent abandonment of the temple, the ruins of the Parthenon were left without protection. For over a hundred years it was turned into building material, and people came and took whatever they wanted from the ruins.

The scavenging of the ruins lasted into the 1800s, and this is where the most famous culprit comes in: Lord Elgin. In the first decade of the 19th century (debatably with permission), Elgin's men systematically dismantled parts of the temple- ranging from the selling of sculptures to the destruction of parts of the temple to get to the pieces they wanted.

In 1834 the Parthenon was declared an ancient monument under the rule of the Bavarian King Otto. After this extensive excavations took place around the temple. These excavations led to many important archaeological and artistic discoveries, but also caused its own problems. These efforts contributed to a focus on Classical Athens, which led to the destruction of anything in or around the Parthenon not from that period. This policy continued until the 1950s. Some restoration efforts began at the end of the 19th century, but it was not until 1975 that the restoration as we know it today began. Since then restoration efforts have been extremely cautious and meticulous, with every piece being cataloged and documented. In 1986 efforts were began on dismantling and then reconstructing the temple.

Through the pieces and sculptures housed in museums all over the world and the extensive archaeological work being done, the Parthenon continues to be a source of inspiration, learning, and speculation. Still to this day the temple is a mainstay in art history, classical history, and architecture while also becoming a symbol of democracy and Classical Athens.