The Fleming Building towers over 6th Avenue and Walnut Street in the Central Business District at 11 stories tall. Designed by the Chicago architectural firm of the well-known Daniel Burnham, the building was completed in 1909. The Fleming Building is an example of the Commercial style of architecture, with some Beaux Arts elements. It is notable as one of the earliest steel framed structures in all of Iowa. The Fleming building has been converted into studio, 1- and 2-bedroom apartments. The first two floors are reserved for restaurant, retail, and office space. The structure was listed in the National Register of Historic Places in 2002. 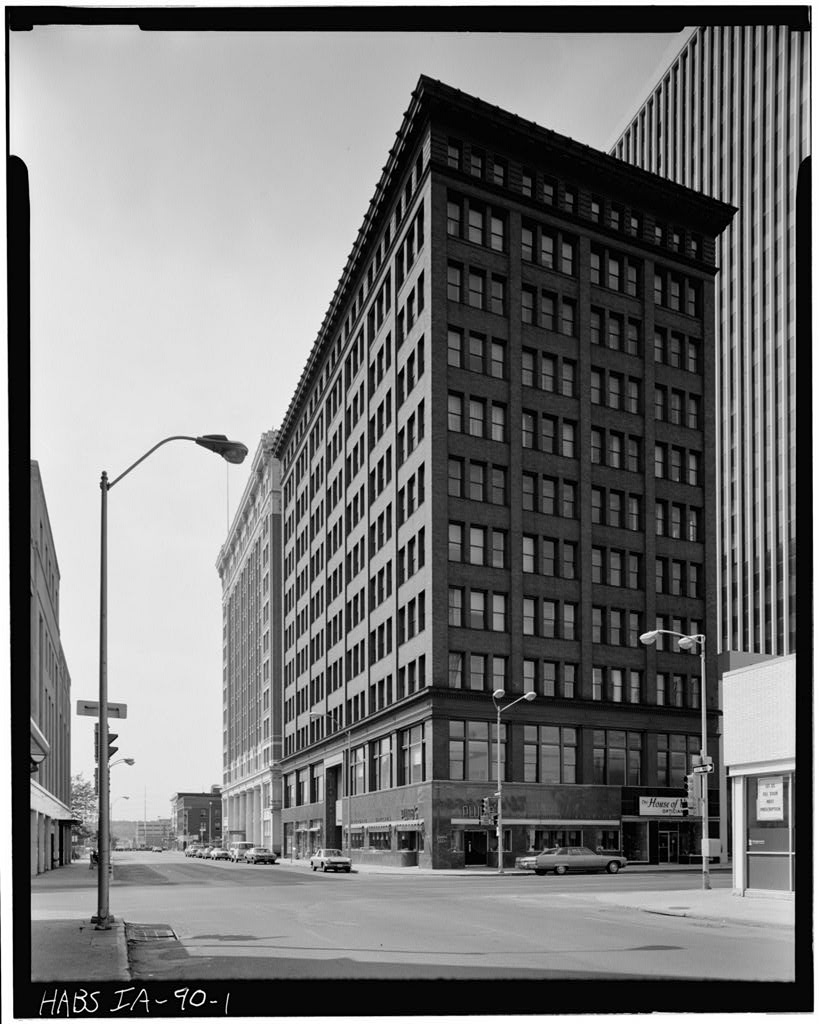 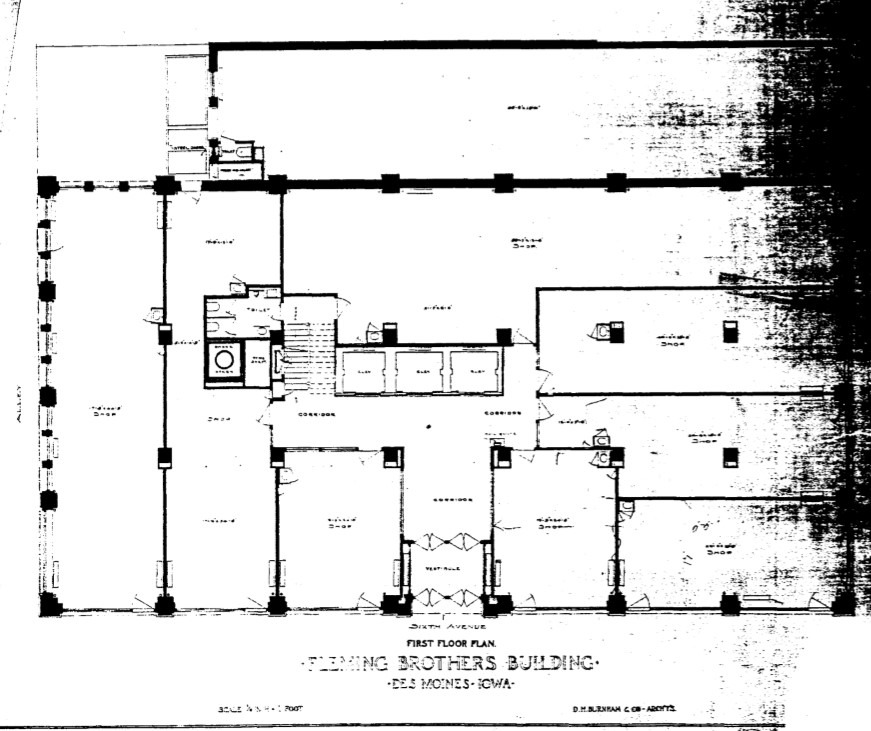 Original plan for second floor bank in Fleming Building by D.H. Burnham and Co. in 1907 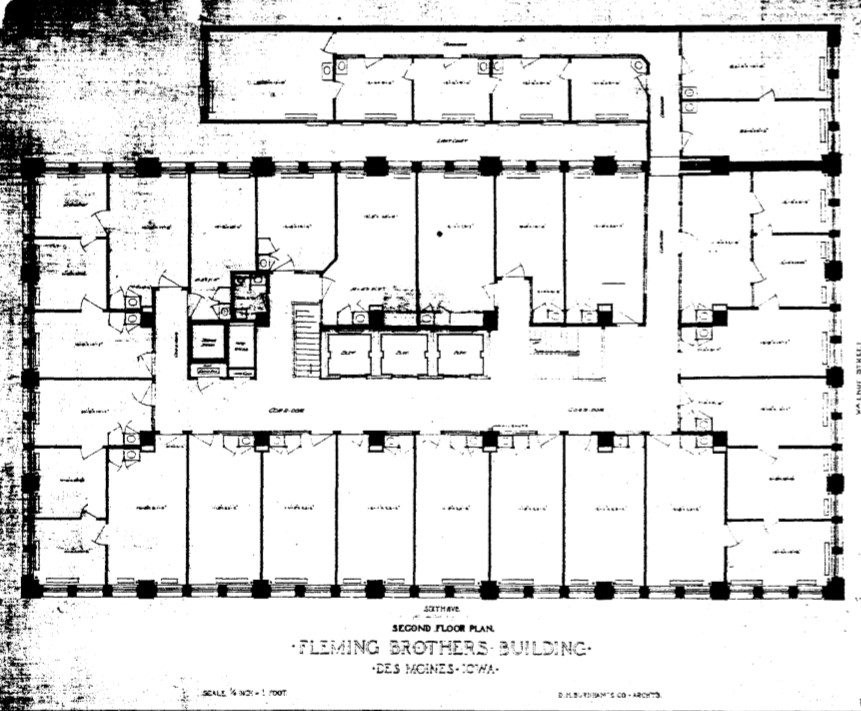 At 174 feet tall, the Fleming building anchors the corner of Walnut and 6th, with 21 windows on the upper nine floors facing 6th Ave and 12 facing Walnut St. The structure covers a footprint of 123 by 68 feet. The famous architect, Daniel Burnham, who designed the "Fleming Brothers Building" also was the architect for the infamous Flatiron Building in New York City.

The Sixth Street entrance is considered the main entryway, with the Walnut Avenue entrance being secondary. The building's steel structural frame and brick walls are covered by a polished brown granite veneer on the first and second stories; this was done in 1939 when the ground-floor windows were replaced. The lower two stories are also distinguished from the upper nine floors visually by a terra cotta cornice and by window size and style. The brown hydraulic pressed brick walls are visible on the upper floors. The eleventh story has shorter and more numerous windows than the third through tenth floors. The tripartite style of window grouping is one characteristic of the Chicago style of architecture. Most of the original oak window frames have been replaced with aluminum frames. A prominent overhanging terra cotta cornice tops the building, jutting out from its flat roof.

When entering into the main lobby toward the three elevators, the walls were finished in marble. The original eight spaces for retail on the ground floor had been combined into three by 2001. The second story originally contained a bank with its own lobby, offices, and teller partitions. Office space on the upper stories contained up to 27 spaces per floor. By 2001, many of the smaller offices had been combined, featuring three or four suites on each level. Original wrought iron Deco railings and Tennessee gray marble stair treads survived into the 2000s, as did white carrera marble clad walls of the central corridor. Even the original doorknobs in the building were custom, with "FB" lettering; many remained in place, plus many of the oak doors. The Cutler mail system chute servicing all floors also survived.

Being just one block away from the Polk County Courthouse, completed in 1906, one year earlier than the Fleming Building, the building has been a popular location for law offices. Another popular feature was the building's claim of being fire-proof. The building's upper levels have been converted into apartments. One of the ground floor tenants is Evolve Juicery and Kitchen.