Swann vs. Charlotte-Mecklenburg Board of Education

Throughout the late 1960s and early 1970s, school environments changed. The Supreme Court decision in the Swann vs. Charlotte-Mecklenburg Board of Education played a crucial part in integrating the school systems not only in North Carolina, but in the nation. However, some people, both black and white, were reluctant. With the help of the NAACP, the African Americans in the Charlotte area and its surroundings became a focal point in the movement to equal rights. The battle to desegregate in North Carolina was not easily won, through the many plans and protests, the Supreme Court made the final decision. 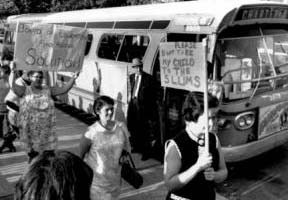 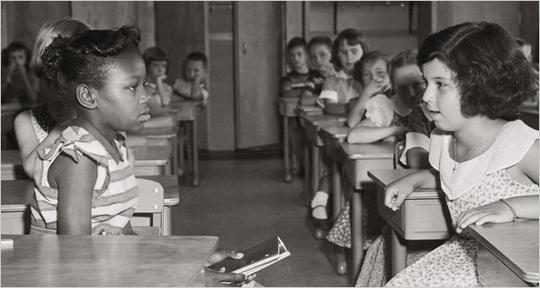 During the civil rights movement, a push was made to desegregate public schools. An important court case came out of Charlotte, North Carolina. The Swann versus the Charlotte-Mecklenburg Board of Education made waves as the case made national news. The case dealt mainly with the integration of the Mecklenburg County school system. Mecklenburg County was the largest and arguably the most diverse county in the United States at the time the case broke.

Throughout the years, court-approved plans were put in place to help desegregate the city’s schools but were largely unsuccessful. The first plan was enacted in 1965 and was deemed futile as it did not alleviate any strains. By the later years of the 1960s, the county of Mecklenburg had approximately 84,000 students. However, 14,000 of those students went to schools that were predominantly African American by 99 percent. This further proved that over 15 percent of the county was not integrated.

In 1968, with the aid of the NAACP, the Mecklenburg Board of Education was taken to court on the grounds for failing to integrate their school system. A new plan was to be drafted but it was later found to be ineffective due to the fact that it still left a large amount of African American students in a black dominant school. Later, Dr. John Finger was elected to draw up a new plan- the plan included changes in the busing systems. Elementary school African Americans would be buses from their homes in the city to suburban schools and children who attended middle school in the suburbs would be buses to the city. The plan was considered unreasonable due to the fact that the distance between home and school, for some kids, was a great distance.

The case made its way to the Supreme Court in 1970 with the most controversial issue being the busing. Some white students did not want to be bused to different schools. However, on April 20, 1971, in unanimous decision, the court decided busing would be an effective way to aid the integration of the public school system in Mecklenburg County. This decision was used as a basis for many cities in the United States.

However, in 2002, the issue came up again in Belk versus Charlotte-Mecklenburg Board of Education. Belk claimed that the school system was becoming less integrated as the school board was using racial quotas to attract more African Americans, to achieve racial balance, to magnet schools in the area. The federal court agreed with the plaintiffs. The case was attempted to be brought before the Supreme Court, however, the Court decided to not hear the case and the lower court’s decision stood.