Simon Skjodt Assembly Hall is the home of Indiana University's men's and women's basketball teams. Completed in 1971, Assembly Hall has the capacity to hold 17,222 and is widely known as one of the toughest arena's for opposing teams to visit. Its unique architectural design along with the rowdiness of IU's fans creates a wall of sound and intimidation for opponents. Assembly Hall is home to 14 Big Ten championship teams and 3 national championship teams. 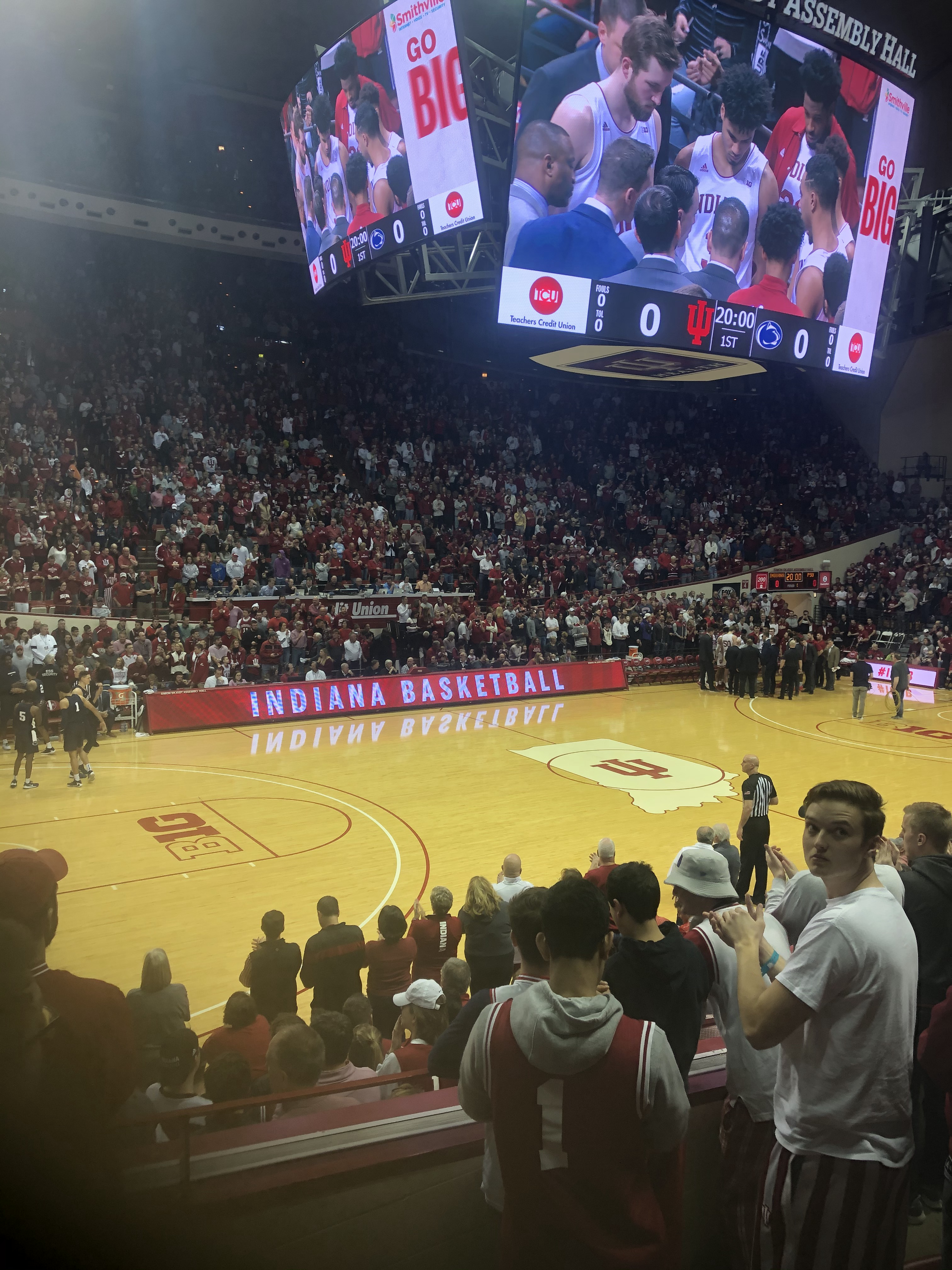 Constructed in 1971, Indiana University's Simon Skjodt Assembly Hall has been the house of worship for the states unofficial religion, basketball. It's where the masses continue to congregate to witness the most popular team in the state, professional or amateur, continue the proud tradition of dominant Hoosier basketball. This is shown through the advantage that the Hoosiers have when they play in its friendly confines, winning 85% of the games played there and consistently beating the best teams in the country. This proud tradition spans generations and it keeps Hoosier fans, young and old, flooding back to Simon Skjodt Assembly Hall.