One of the best-documented merchants in Virginia and early member of the town of New London, John Hook demonstrated how consumerism worked in Colonial and Post-Colonial Virginia. He squabbled with rivals, complained to the firm's partners in Scotland, and grew discouraged that he had not achieved the dream of great wealth. Yet in only a quarter-century, Hook went from doing menial tasks in an established Tidewater store, to managing a store in Piedmont, to imagining expanding business as the line of European settlement roared westward.(1)

One of John Hook's papers with a drawing of one of his stores. Image courtesy of John Hook Collection, Rubenstein Library, Duke University 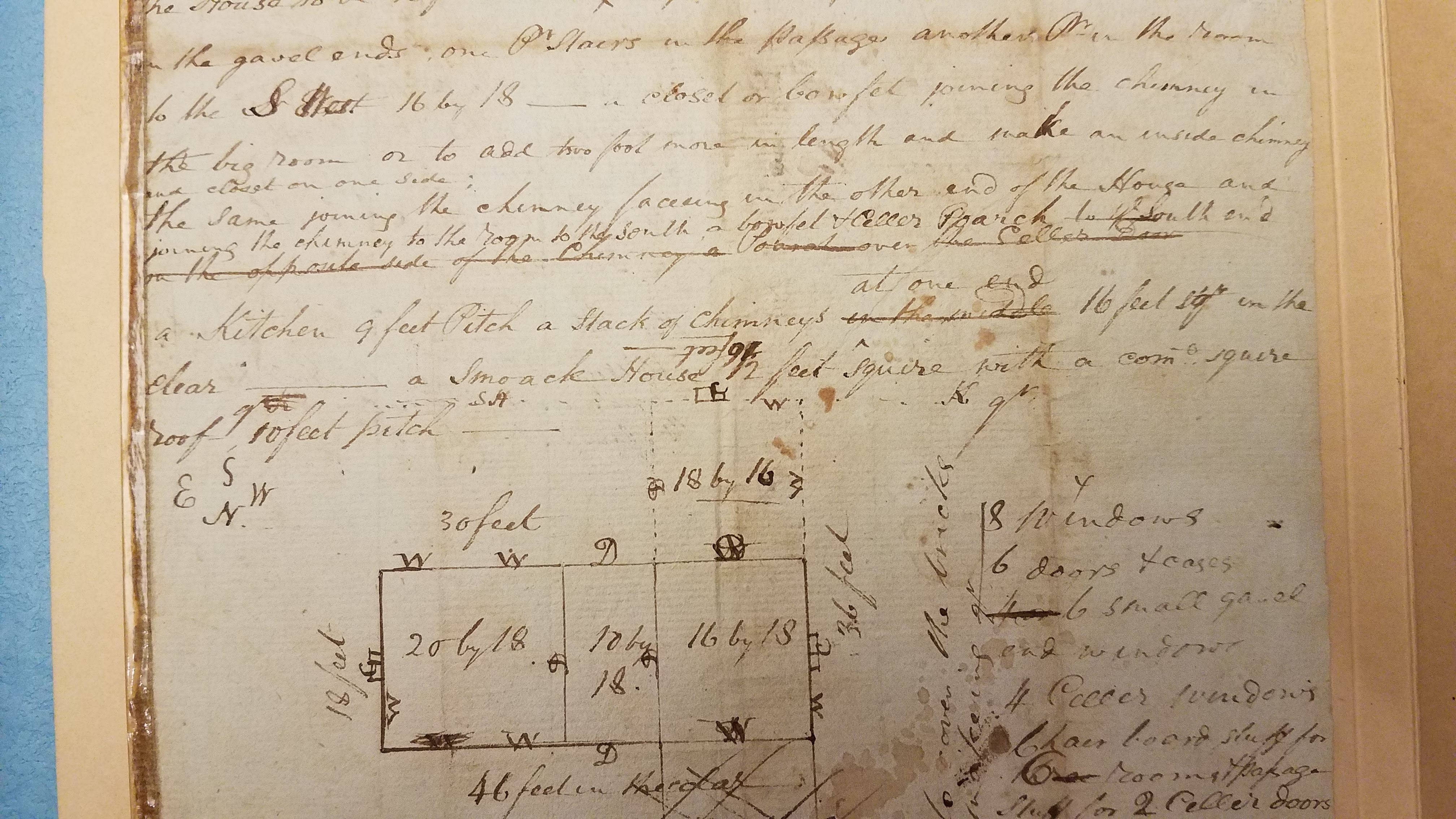 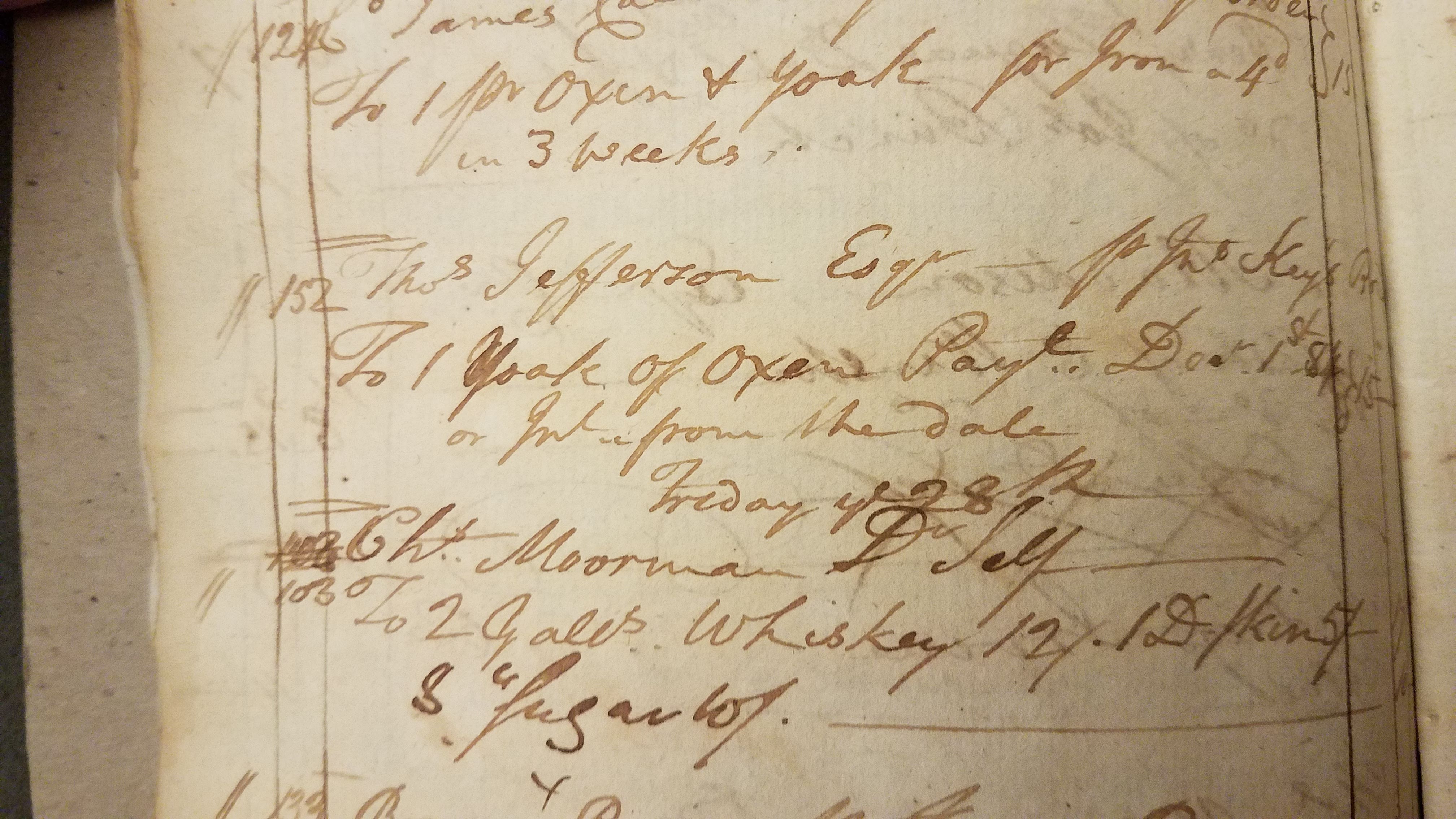 Born in Scotland, John Hook (1745-1808) arrived in America, as an apprentice, at the age of 13 in 1758. He began his training as a shopkeeper and clerk learning the tobacco trade under the training of the Donald family, a Scottish family that dealt in tobacco in the Chesapeake area.(2) In 1764 Hook Traveled from Chesapeake to New London. Shortly after arriving in New London Hook began a partnership with William Donald and James Donald, setting up a store in New London.

By 1768 Hook was doing well in New London and wrote to his partner in Scotland stating, “this and the adjacent Frontier counties is settling unaccountable fast from people below (the fall line of the James River) and from the Northward”.(2) These settlers were likely coming through the Great Wagon Road and the Wilderness Road.

Starting in June of 1775, word was given to the Committee for Bedford County that John Hook had been heard making remarks and handing out pamphlets against the upcoming Revolutionary War. John Hook wrote back to the committee asking for the charges in writing. Once the charges were presented to him Hook proceeded to profess his innocence. Finally, after letters back and forth, on June 18, 1777, a mob led by Colonel William Mead dragged Hook from his house. Hook had written to the committee twice to defend himself and to request that he not have to appear. Hook was then threatened that if he didn't come out and go with them, they would "burn down & cut my house to peaces over my head.... Zac Callaway, which I am informed that they intended tarring & feathering me".(3) After everything, John Hook was required to sign a Certificate of Fidelity for Captain George Hancock at the Green Bryor Court on October 10, 1777 and witnessed by Samuel Hairston.

During the latter part of the Revolutionary War Army Commissary John Venable took two of Hook's cows for the troops in 1781. In 1783, after the war was over, Hook brought a case against Venable for the "theft" of the two cows. The case lingered on the docket until 1789. John Hook retained the services of a Mr. Cowan, Venable acquired the services of Patrick Henry. During the trial Henry gave his famous "Beef" speech. Hook thought he was going to win a case of trespassing but after Patrick Henry was done, Mr. Cowan couldn't come up with anything to say, and Henry had the entire court rolling with laughter. The resulting verdict was for Hook for one cent.