The Younkers Brothers Department Store building was built by the company in 1899. The firm began in Keokuk, Iowa in 1856. The building featured a Tea Room after 1913, which was replaced in 1927. The "electric stairs" installed in 1939 was the first escalator in Iowa. The company left the structure in 2005. The building was listed in the National Register of Historic Places in 2010. The building was being renovated in 2014 into retail space and 120 apartments when a fire almost destroyed the structure. The eastern part of the structure (the 1899 portion) was demolished, but the western portion along Walnut St. (1909) has been rebuilt into commercial space on the ground floor, including the Tea Room. The 60 new apartments above are now known as the Wilkins Building. 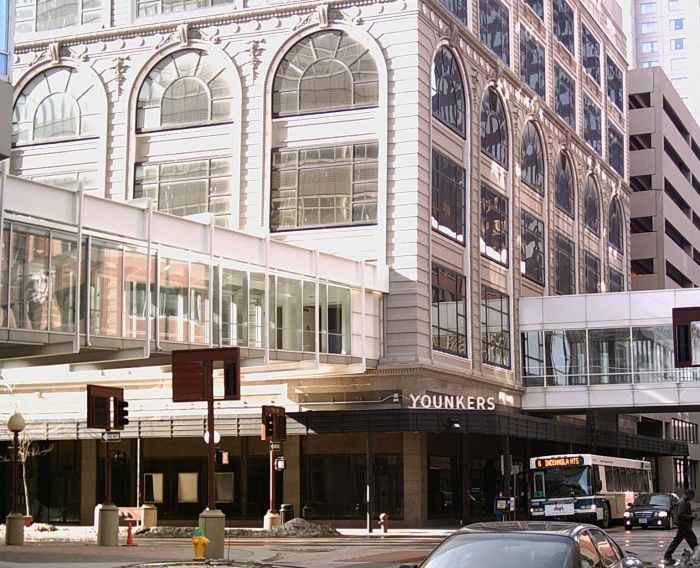 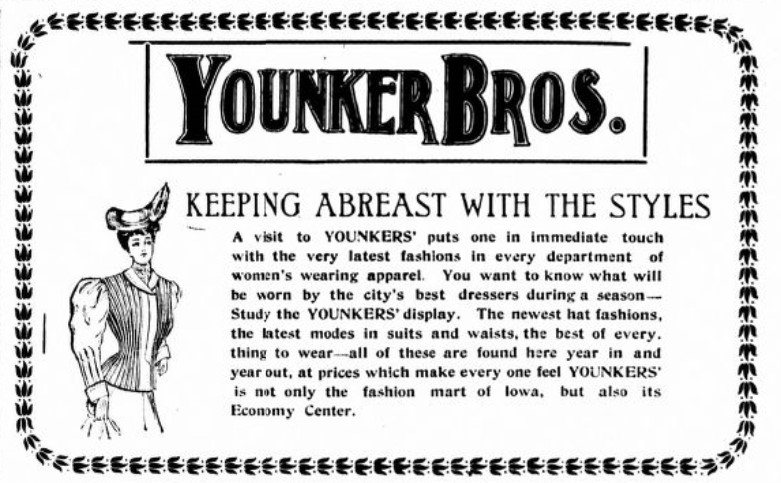 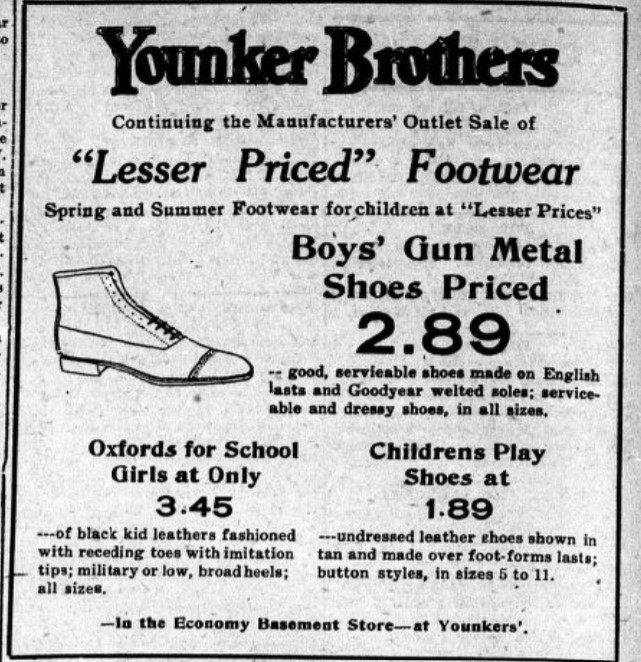 The Younkers Department Store building is a high-rise of seven stories at the corner of 7th and Walnut streets. At 138 feet tall, the building was towering when built in 1899, but is nowhere near the tallest one in Des Moines now (that would be the building at 801 Grand, at 630 feet). The architectural firm was a local one, Liebbe, Nourse & Rasmussen. Herman Younker opened the first Des Moines Younkers store in 1874, nearly twenty years after their founding in Keokuk, Iowa by his three half-brothers.

The original part of the Younkers building is the eastern half. In 1924, the company expanded into a building to the west, the Wilkins Department Store, built in 1909. The building was renovated in the 1980s, with new windows placed at the surface of the exterior masonry, enclosing the old. The building closed in 2005 when Younkers left, after more than 100 years in that location.

A $37 million renovation project was underway in 2014. The retail space and apartments to be called The Flagship were slated to be ready in 2014. The cause of a fire that nearly collapsed the entire upper portion of the building in the overnight hours of March 29, 2014 has not been determined, but arson has been ruled out. Firefighters arrived in the early hours of a Saturday, and the fire was quickly upgraded to three-alarm. Debris from collapsing walls fell to the street and onto one of the skywalks connecting the building to others across the streets. Since the building was under renovation, many rooms were open, allowing the fire to spread quickly. Sprinkler and fire alarm systems had not yet been completed. As firemen scrambled to escape after a floor collapsed, it became clear that most of the building would be lost.

Locals reminisced about the pre-fire department store days of Younkers. The elevator operators used to announce what could be found on each floor of the building. The scaled-back plans to redevelop just the west side of the building called for exposing the red brick in the 60 new apartments and retail space. The new developer, David Vos, intended to retain the building's original Gothic style. The resulting building was re-christened the Wilkins Building. A version of the historic Tea Room opened on the ground floor.

The east side of the building was acquired by a neighboring business that suffered smoke and water damage during the fire, EMC Insurance. The firm intends to expand their renovated building into the former Younkers space; as of early 2020, the redesigned skywalk skirts a whole in the ground with the remaining foundation of the former 1899 store. Younkers was bought out by The Bon-Ton in 2006; the company filed for bankruptcy in February 2018. The Bon-Ton closed all of the 17 remaining Younkers stores in Iowa in August 2018.