The style of stonework in the foundation seems to indicate that the Rice Furniture building was built around or before 1900. The decade 1900 to 1910 in Saranac Lake saw the evolution of more "finished" foundation work with more uniformity of stone size and type and also the introduction of poured concrete. Walton and Tousley Hardware operated a store in the building until July, 1948, when the corporation liquidated and its real estate assets were purchased by G. Carver Rice, Inc. The building is actually two structures, the rear segment having been added probably during the early years of the Walton and Tousley ownership. Both buildings are three stories, but the addition was built on lower ground, and the roof levels of the two did not match. In 1960, a fire ravaged Rice's. As part of the repair process following the blaze, the top story of the front building was removed and its facade redone in a "contemporary" 1960s style. 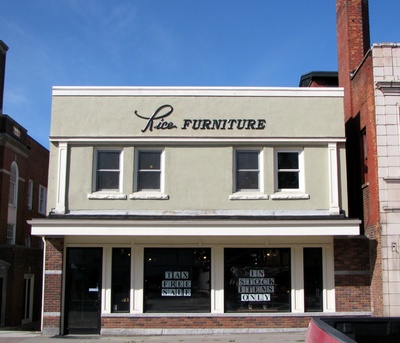 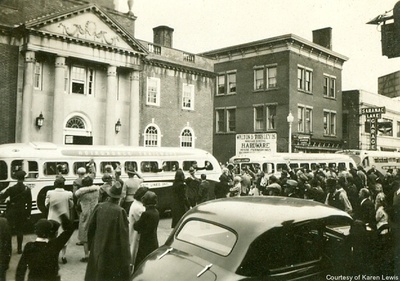