With origins dating back to the 1650s, this church structure is only part of the story of this Episcopal parish community. The church was built in the 1730s, with additions in the 1770s. During the Revolutionary War, troops from the British, American, and French armies all used the building and its grounds. In 1825, the church was converted into a school, Hickory Neck Academy, and part of the original structure demolished. During the Civil War, both Union and Confederate troops used the site. When the school closed in 1907, the church was reconsecrated and is still in use as an Episcopal church. 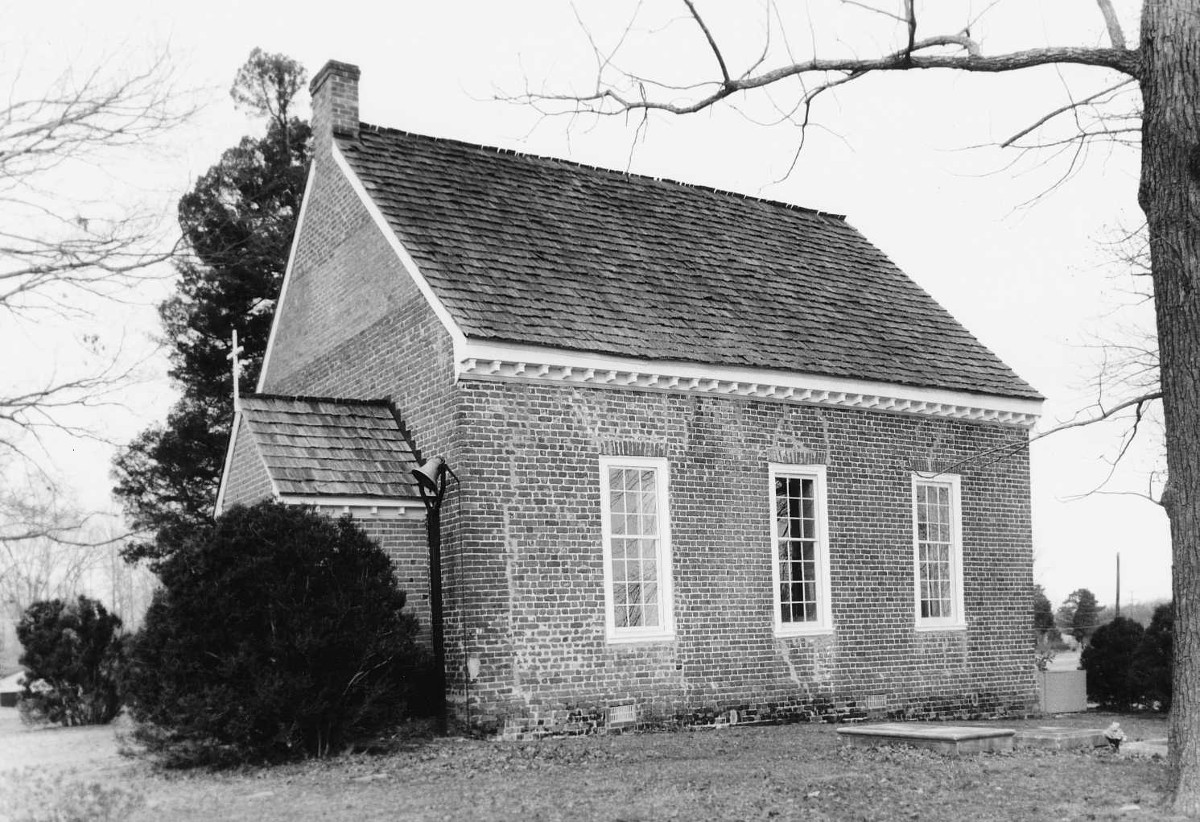 The story of this Anglican church begins nearly a hundred years before it was built, when Blisland Parish was formed in 1653. Blisland Parish was named for a parish in Cornwall, England, and it acquired land at this site in 1725 upon the dissolution of Wilmington Parish. Construction on the Lower Church of Blisland Parish in 1733 and was complete in 1738. The "Hickory Neck" name may have come from a nearby plantation that existed in the eighteenth century. In the 1730s the community planted trees around the church, some of which may be the large walnut trees still standing in the churchyard.

Several decades later, an addition was added to the church in the form of a new transept on its south side in 1773-1774. During the American Revolution, the church served as a hospital, and troops from the British, American, and French armies all camped on its grounds over the course of the war. For the following half-century, the church deteriorated.

In 1825, the Virginia General Assembly established a group of trustees to convert the church into a school. The older main section of the building was torn down and other changes made to establish Hickory Neck Academy. The school's operations were interrupted during the American Civil War; both the Union and Confederate armies used the building as barracks. The academy resumed its operations after the war until 1907, upon the opening of Toano High School.

Hickory Neck Church was reconsecrated and has been an Episcopal Church ever since. The Virginia Conservation Commission placed a historical marker at the site in 1946, and the National Register of Historic Places recognized the structure in 1972. The eighteenth-century structure still stands on the site, but the parish built a new church nearby in 2006.