This spring has been identified by many names over the years. It was first called High Top by owner Isaac Lain, and later became known as High View. Within a few short years, it was then officially changed to Acme. After Lain sold the property it became known as Carleton Spring.

By the 1970s the spring had ceased flowing, most likely due to the extension of a street through the hillside. The limestone spring house that is seen today was preserved through a restoration effort from the City of Waukesha Landmarks Commission in cooperation with the property owner Bryce Styza. 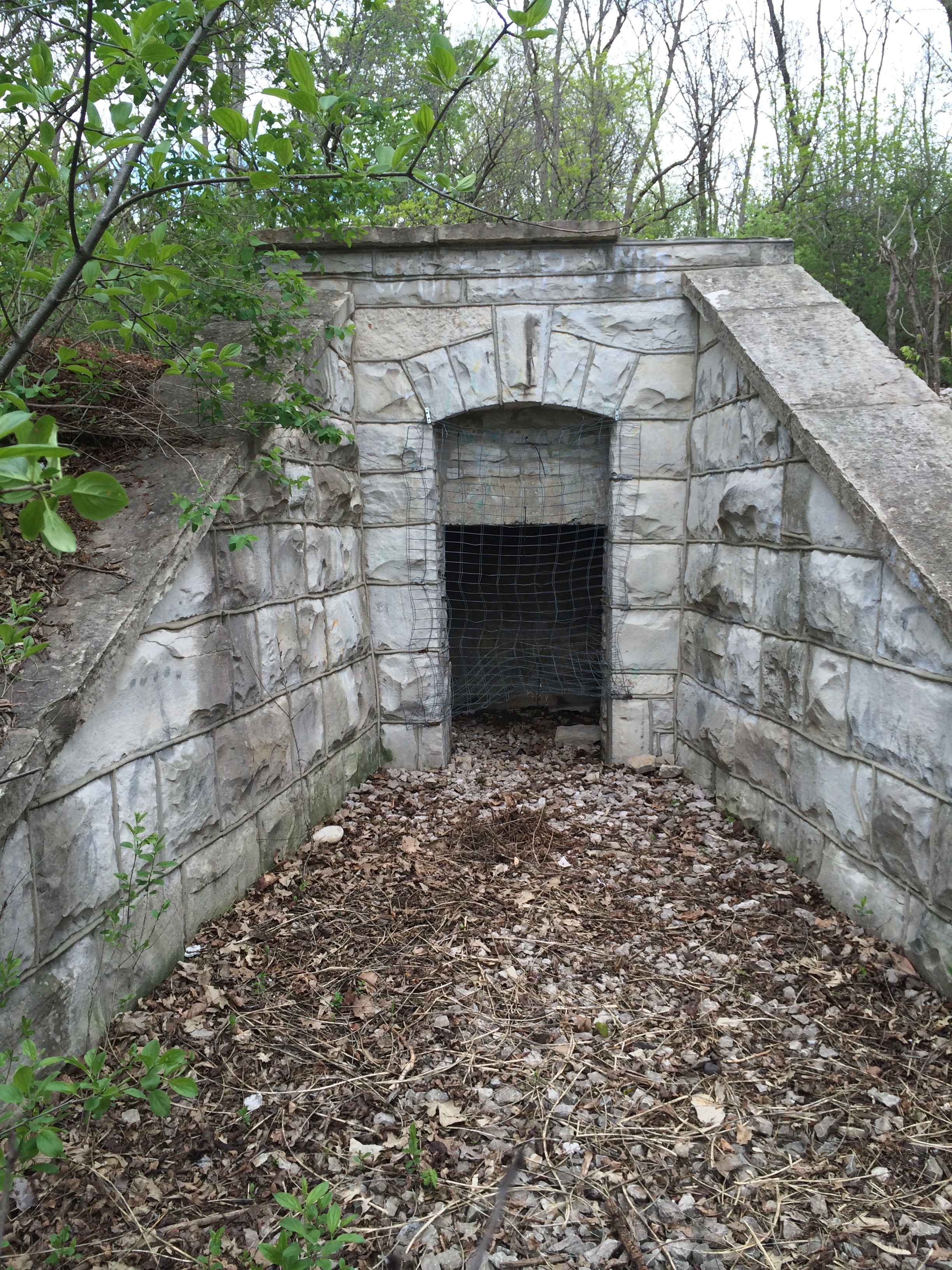 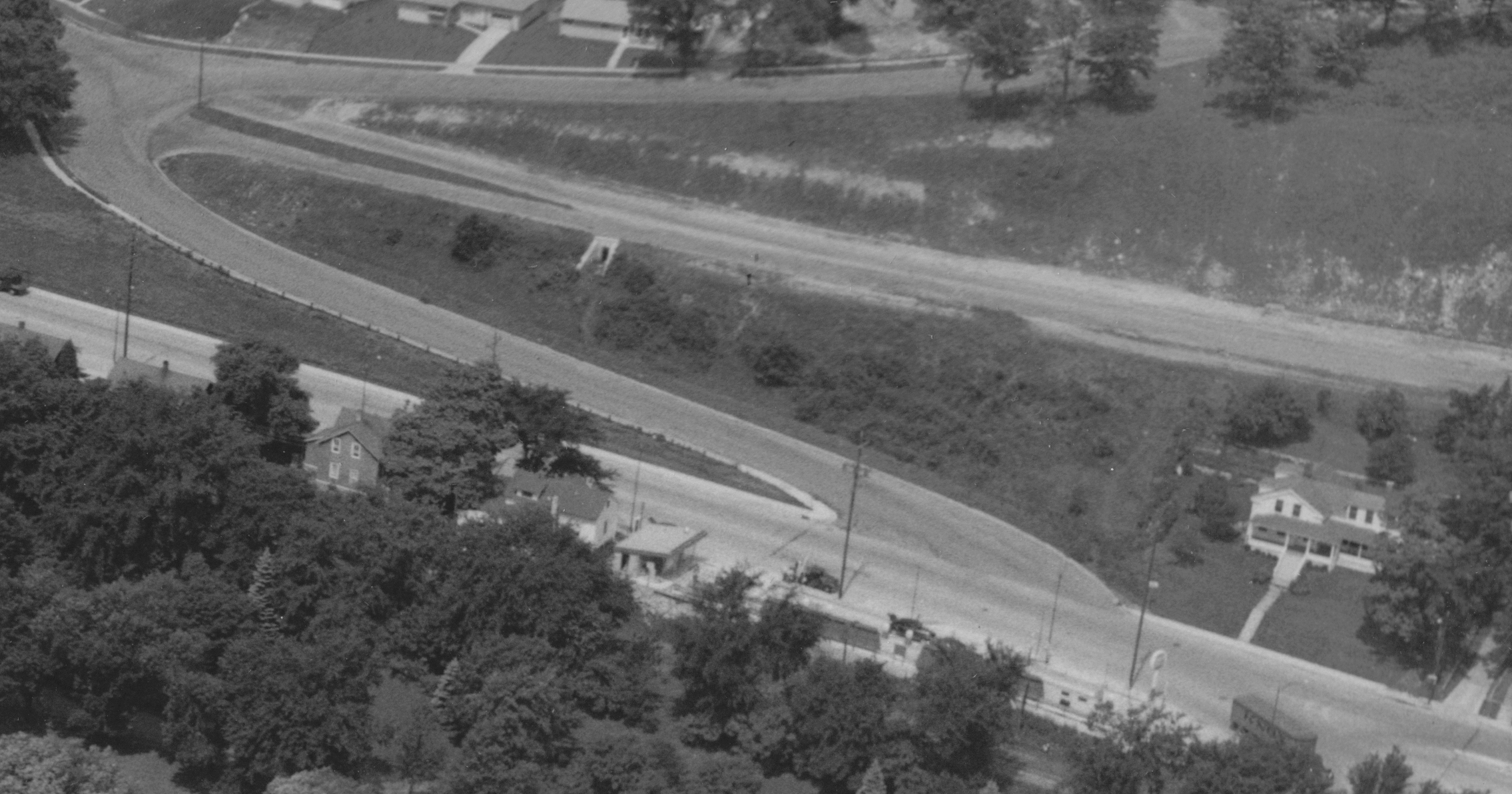 Acme Spring is located on the west side of St. Paul Avenue on a hill overlooking the Fox River, just north of the Wisconsin Avenue bridge. Also on the hillside was the Hubbard Boarding House where Mary Todd Lincoln stayed when she visited Waukesha in 1872. The land where Acme spring is located was purchased and developed by businessman Issac Lain in 1862. Lain was born in Orange County, New York in 1820, and moved to Waukesha when he was 22.

The first mention of the spring came in an article from the Waukesha Freeman newspaper on July 24th, 1879. The article reported that Lain had installed pipes to the outlet of his spring in order to supply water to the street sprinklers, necessary to settle the dust on the dirt roads in Waukesha. The week following, the Waukesha Freeman reported that Lain had installed a decorative fountain supplied by the water from the spring.

The spring was first known as Hill Top Mineral Spring, but by 1883 referred to as High View spring. The spring was officially named Acme between 1883 and 1884. The springs in Waukesha were cold springs typically used as a source of drinking water. A Water test in 1883 proved Acme Spring to be of the same high quality as most Waukesha water. Another spring was located on the property, which was referred to as Sunnyside Spring.

Issac Lain began to leased Acme spring to George Carleton and George Williams who began to operate the site. The office for the business was located in Chicago, and in 1885 a small booklet was produced to advertise the spring. It was around this time that the spring house that is still seen here today was built.

The main market for Acme spring water outside of Waukesha was Chicago, where the office was located. Water from the spring was shipped to Chicago by train and sold at a price of $1.00, which was 50 cents cheaper than Bethesda water at the time, the spring that made Waukesha famous.

Carleton continued to operate and manage Acme spring, but it was never improved to the extent of other Waukesha springs, some of which became brands known worldwide. There were reported plans to improve the spring in 1914, but these improvements never came to be.

Eventually, the spring fell into a state of disrepair. Acme spring ceased to flow around the early 1970s when a street was extended through the hill. The Mountain Village Apartments were built on the site, and in 1995 the spring house was restored by the Waukesha Landmarks Commission in cooperation with the owner of the apartments at the time, Bryce Styza. The Acme spring house remains today open to public viewing as a stark reminder of the Springs Era.

From 1868 - 1914 the City of Waukesha was known for it's numerous healing springs, health resorts, and spas. This tour begins with the spring that started it all and explores several others in the immediate vicinity.