The Westchester County Park Commission purchased the properties of Rye Beach and Paradise Park along the shores of Long Island Sound in 1927. They hired an award-winning firm, Walker and Gillette, to design the Art Deco architecture of a family-friendly park. Then Frank W. Darling, an architect of amusement parks all over the world, was hired by the Commission to build and operate Playland Amusement Park in Rye, New York. The park’s construction began on September 6, 1927, and the 280-acre park officially opened on May 26, 1928. The park is known as the first planned amusement park in the US and one of the first amusement parks easily accessible by car. The park is still open today and is operating 50 rides and attractions for the entire family, 7 of which have been open since before the 1930s. 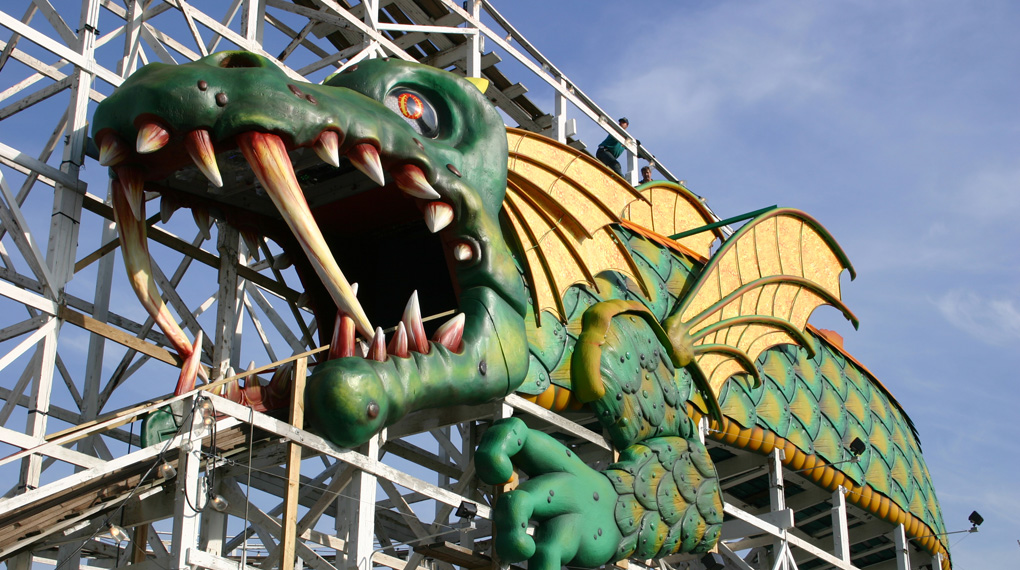 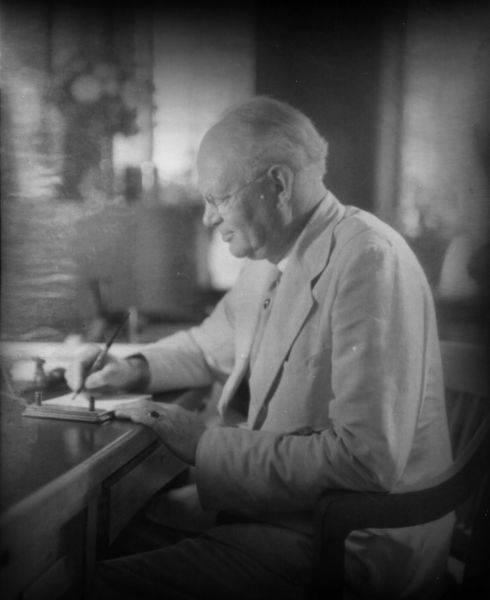 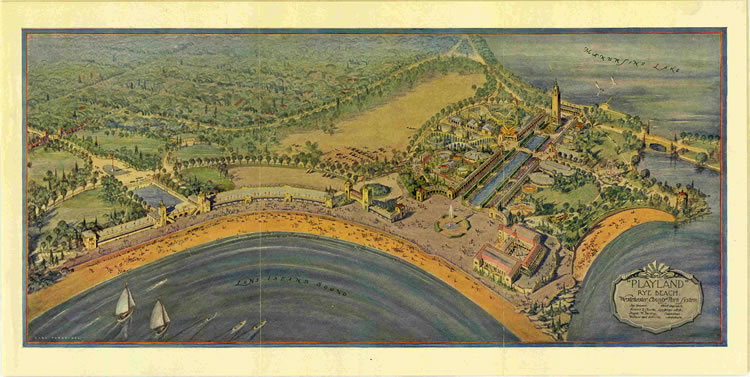 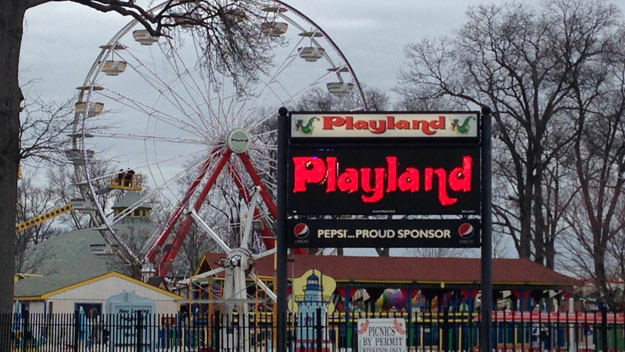 The Playland Amusement Park Pool that was saved by the Westchester County Board of Legislators. 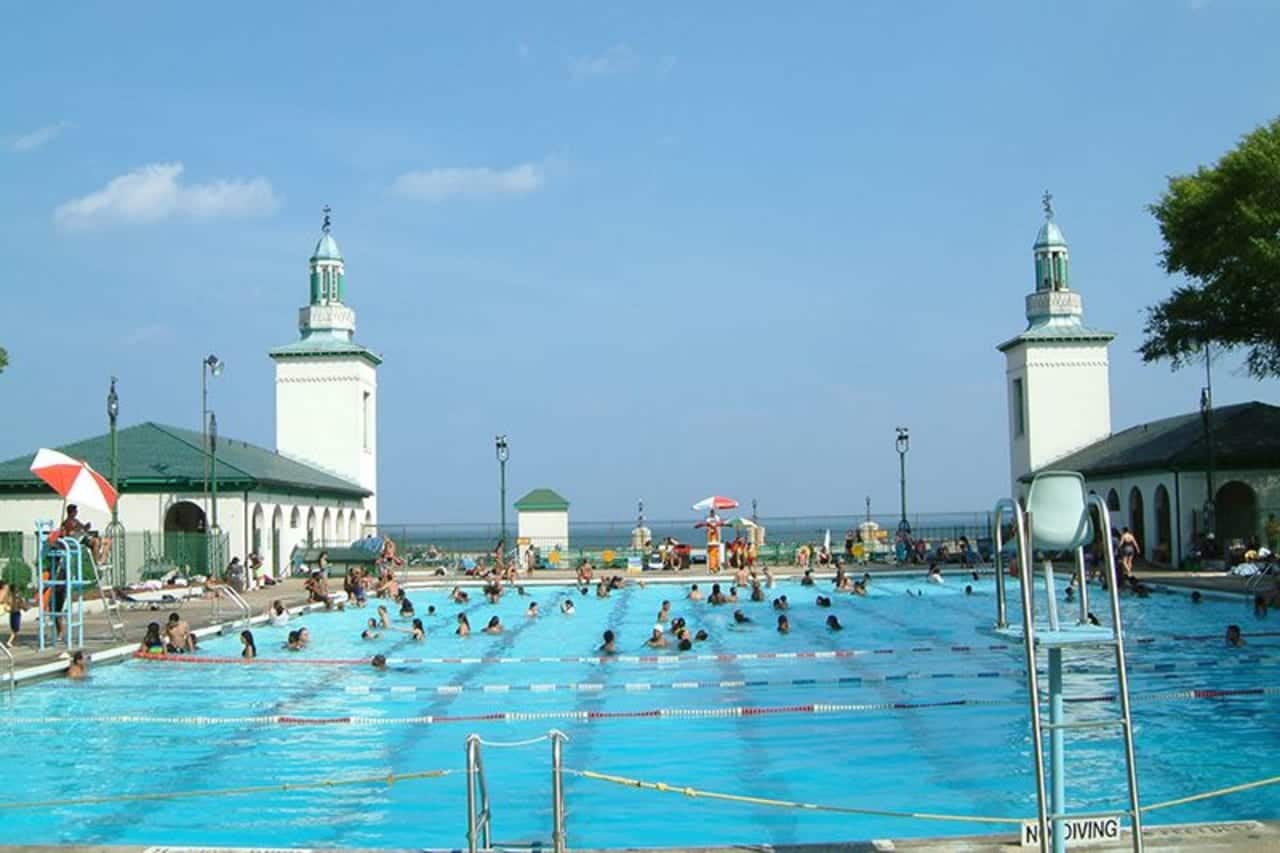 In the early 1900s, Rye Beach was taken over by a chaotic mix of cheap hotels, bathhouses, food stands, and amusement parks. Residents of the area petitioned the Westchester County Park Commission to purchase the property on the shores of Long Island Sound and make needed changes to the area. The Commission obliged and purchased the property and demolished Rye Beach and Paradise Park, the original two amusement parks that stood there. The Commission hired Walker and Gillette, an award-winning firm, to design the Art Deco buildings of the park. Frank W. Darling, an architect, known as an old amusement man, had constructed many amusement parks in New Zealand, at the British Exposition in Wembley, and the Modern Art Exposition in Paris. While working at Coney Island as the President of the L.A. Thompson Scenic Railway Company, he was contacted by the Westchester County Park Commission to build and become Playland Amusement Park’s manager.

Playland’s original 280-acre design included many attractions, such as picnic areas, restaurants, three ice-skating rinks, swimming pools, and two beaches, as well as amusement rides. This new amusement park was designed to be a three in one park. Playland Park was first created as a beach and swimming pool, second as an amusement park with rides, and third as a lake with a colonnaded boathouse. The design of the park made it the first planned amusement park in the country. There were murals on the buildings, dramatic lighting, and a music system that filled the whole park and played popular songs by Sousa, Wagner, and Berlin. The park was also one of the first parks to allow easy access by car. More than 1000 men began constructing Playland Amusement Park on September 6, 1927, and the park officially opened on May 26, 1928. Visitors to the park claimed that Playland’s recreation was one of the finest in the country.

After opening, Darling continued to add big projects to the park, such as introducing an Olympic-size pool, more concessions along the boardwalk, picnic areas, an indoor ice skating rink, and a scenic railway. Playland still offers the original seven rides that go as far back as before 1930. These rides are The Grand Carousel, The Derby Racer, The Whip, The Kiddie Coaster, The Kiddie Carousel, Ye Olde Mill, and The Dragon Coaster. People came from all over to join in on the fun at Playland in circus acts, baby pageants, and even competitions to win a new car. The growth in attendance caused Playland to give themselves the name of “America’s Premier Playground.”

Many renovations have taken place at Playland since its opening. In 2017, Playland teased the idea of filling the 90-year-old pool on the property and replacing it with a beachfront restaurant. After residents of the city disputed this idea due to its history, a Bond Act and a $9.6 million renovation plan were passed by the legislature to fund the purchase of new equipment, lighting, decks, and other renovations necessary throughout the park. More are still needed.

Due to its unique Art Deco design and professionally designed landscape, it was added to the National Registry of Historic Places in 1987, as a National Historic Landmark, the highest designation for a historical site. The park served as inspiration for Walt Disney and others as a unique way to combine amusements and recreation in a park-like setting. Prices of admission are affordable for citizens of Westchester and non-citizens alike. Those who wish not to ride on coasters and live in Westchester get free admission; otherwise, it is $10.

"Rye Playland - Rye, NY: Get There Before Summer Ends And Ride Their 7 Pre-1930 Rides!" Retro Roadmap. Accessed May 20, 2020. https://www.retroroadmap.com/spot/rye-playland-rye-ny-get-there-before-summer-ends-and-ride-their-7-pre-1930-rides/.