The Jackson County Courthouse was the site of the trial of the Scottsboro Boys. Nine Black boys were accused of raping to white females during a train ride on March 25,1931. The nine boys were indicted on charges and their trials began in April. Eight of the nine boys received guilty convictions and were sentenced to death while one trial was considered to be a mistrial. After the convictions were rendered the NAACP joined on the side of the Black boys whose cases were taken all the way to the United States Supreme Court.

Picture of the Scottsboro Boys 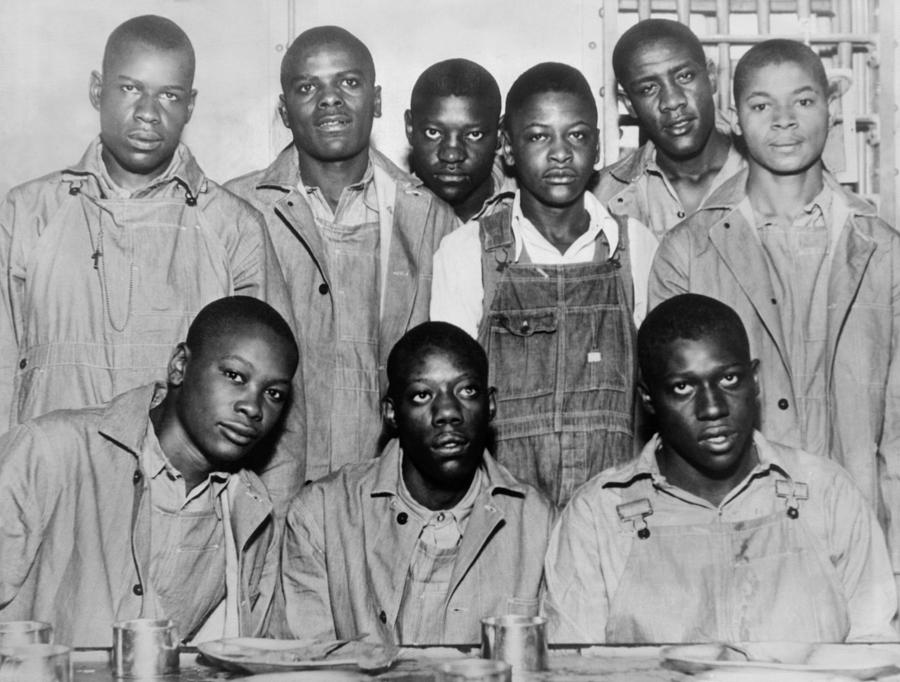 Picture of the plaque in front of the Courthouse 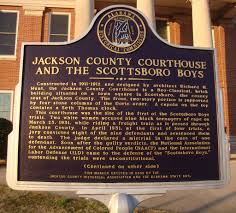 A fight had broke out on a train in Alabama between whites and Blacks, an angry posse stops the train in Paint Rock, Alabama. The nine Black teenagers are charged with assault and later rape after two white women came out and said they were raped by the group of men. The women are sent to be examined and the Black men are sent to Scottsboro, Alabama. The Governor of Alabama had to call in the National Guard to protect the jail from the angry mob of whites who found out about the events. A grand jury quickly indicts the men for the crime and their trial starts soon after.

The trials begin just a few days after the men were indicted and all but one of the men were convicted and sentenced to death. The other case the judge declared a mistrial as one juror voted for life instead of death. The severity of the case as in how severe the sentences were and the fact the trials had been completed so fast, brought much attention to the case. The NAACP intervened on behalf of the boys and started the appeal process which prevented the death sentences until the appeals have been completed. Although the original trials were held at the courthouse in Scottsboro the case itself would make its way all the way to the U.S. Supreme Court.

During the appeal process one of the ladies that were accusing the men of rape came out and said that she was not raped and neither was the other girl. The only reason the doctor found semen on them was because they had consensual sex with their boyfriends the night before. The convictions were eventually overturned by the Supreme Court and new trials started convictions and overturned decisions ensued until a compromise was made. That most of the men were freed immediately and others would be released years later. In 1976 the only remaining living Scottsboro boy was pardon by the Governor Wallace of Alabama.