This historic post office building opened in 1934 and continues to serve as the city's only post office building. For many years, New Brunswick also served as a regional hub for mail service. The history of the town's postal service begins decades before the American Revolution with the first formal post office location along a river that made it accessible to New York and Philadelphia. This building was constructed during the Great Depression and includes government-commissioned artwork similar to what can be found in other public buildings of the ere. Today the building serves the community as it did when constructed and stands as a reminder of the Great Depression public works program and the importance of the mail service for this community for more than two centuries. 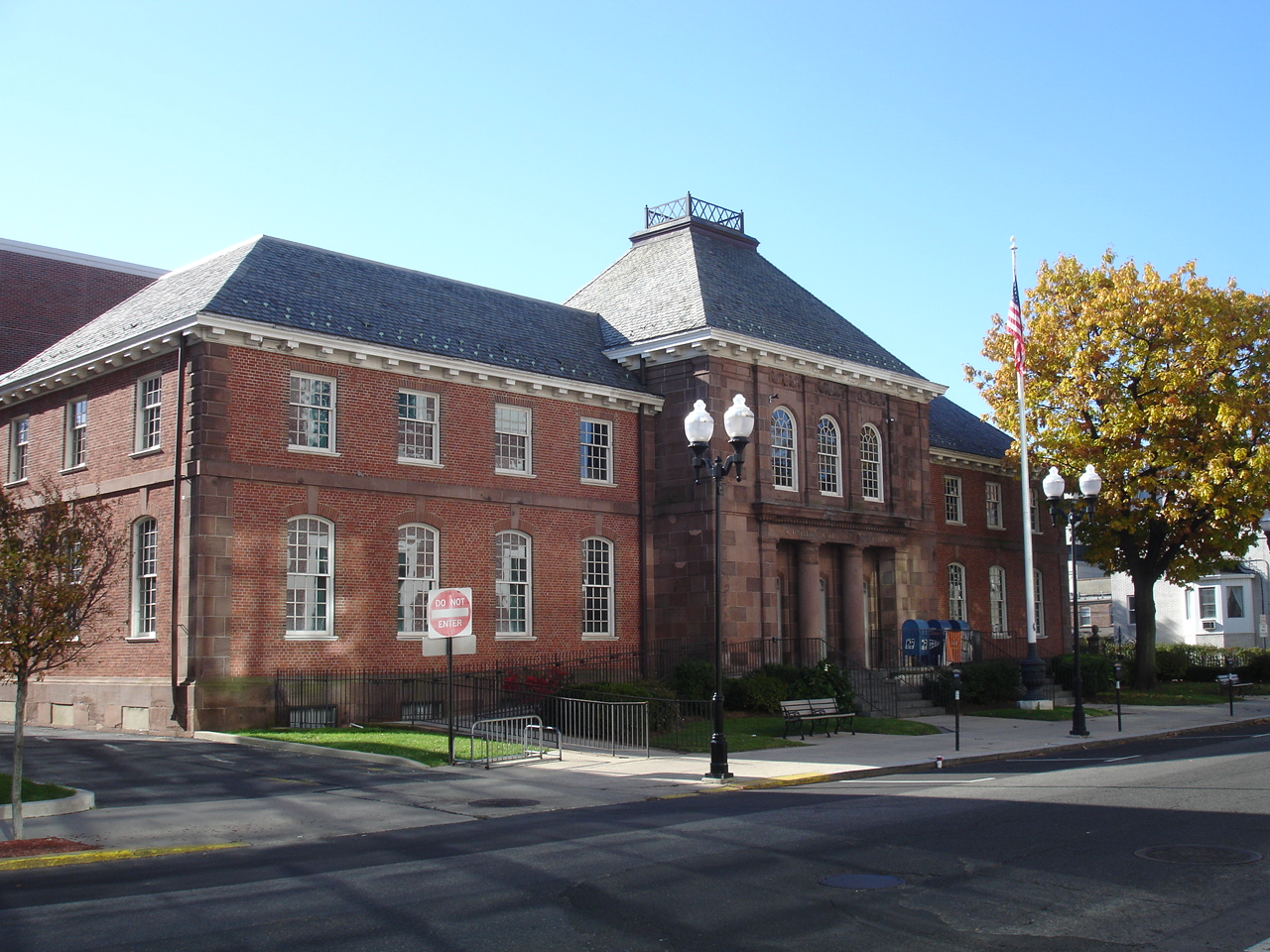 The New Brunswick Post Office exists as one of the first ten postal services in the American colonies with its history dating back to 1731. Consistent urban and regional population growth forced the post office to seek buildings capable of handling its workload. Each move or expansion by the post office reflected boarder histories attached to the city, from economic changes to wartime culture. The historic Main Post Office opened in 1934 during the heart of the Great Depression when federal-funded projects were prevalent. The Neo-Georgian building included murals in the lobby by George Biddle, an influential artist and one for which played a significant role in the establishment of the WPA Federal Arts Project during the Depression.

In 1731, Postmaster General Alexander Spotswood chose New Brunswick as a point on the main postal route serving New York and Philadelphia, and its significance as a postal center reflected the town's population growth and commercial development throughout the eighteenth century. And, in 1883, when the John F. Babcock (the postmaster at the time) sought to move the postal office away from the river to the center of town near its business (and civic) center, it demonstrated the changing nature of the economy away from the city's once-booming river navigation and shipping industries to that of manufacturing and railroads.

The new downtown facility proposed in 1883 finally came to fruition in 1903. During World War I, a military radio broadcasting installation operated from the post office. In the summer of 1925, the New Brunswick Post Office sorted the mail sent along on the nation's first regularly scheduled transcontinental night airmail service. The increasing significance of the facility again forced the postal service to consider financing the construction of a new building, and in 1934 the now-historic Main Post Office opened.

Since the 1934 facility emerged, a large, regional office opened in nearby Edison. Thus, the 1934 building represents the last phase of the city's vast influence on the area's postal service. Nonetheless, the building remains functional today as a postal center and the only one serving the city of New Brunswick.

The lauded George Biddle (1885-1973), painted the historical murals in the building's lobby. The paintings depict three Revolutionary War events: General Howe and Cornwallis entering the burning city of New Brunswick; George Washington and Alexander Hamilton leaving New Brunswick on December 1, 1775; and Washington with Simeon DeWitt, the Rutgers-educated cartographer of the Continental Army, mapping their route to Virginia, where the capture of Cornwallis took place.

Biddle's works can be found in numerous museums, but he also became an integral figure in the development of the Federal Arts Project during the Great Depression. In 1933, he proposed to President Franklin D. Roosevelt (a former classmate of Biddle) that the Federal Government should support mural painting as a means of embellishing public buildings and providing employment for artists. As a result, government-sponsored artists produced nearly 15,000 paintings in six months, and far more throughout the 1930s.

In conclusion, from the postal office's move from the river to the central business district to the need for military radio during WWI and the murals painted during the Great Depression, a study of the post office offers a glimpse into the broader history of New Brunswick. Each expansion and move and chapter speaks volumes about the city at that particular period in time.