Clothier Solomon Wile bought the lot at Main Street (now Second Street) in 1865 for his growing clothing business. In 1881, the original brick building was torn down and the new, two story building with the galvanized iron front erected. Two new large plate glass windows showed off the expanded array of goods being sold. The new store opened on September 26, 1881 under the name of Sol Wile & Sons. The two conjoining buildings were merged in 1888 (right) and 1889 (left). When Solomon died in September 1886, his funeral procession was one of the largest seen in Owensboro. His sons Benjamin & Joseph took over the family business, renamed Wile Bros, until Benjamin’s retirement in 1912. Joseph remained the primary owner until his death in 1926. By 1930, the J.J. Newberry Co. Department Store had taken over the buildings. It was saved from condemnation in 1986, and has undergone several renovations since then. The Newberry-Wile Building is one of the only remaining examples of iron front architecture left in Owensboro, and is on the National Register of Historic Places. 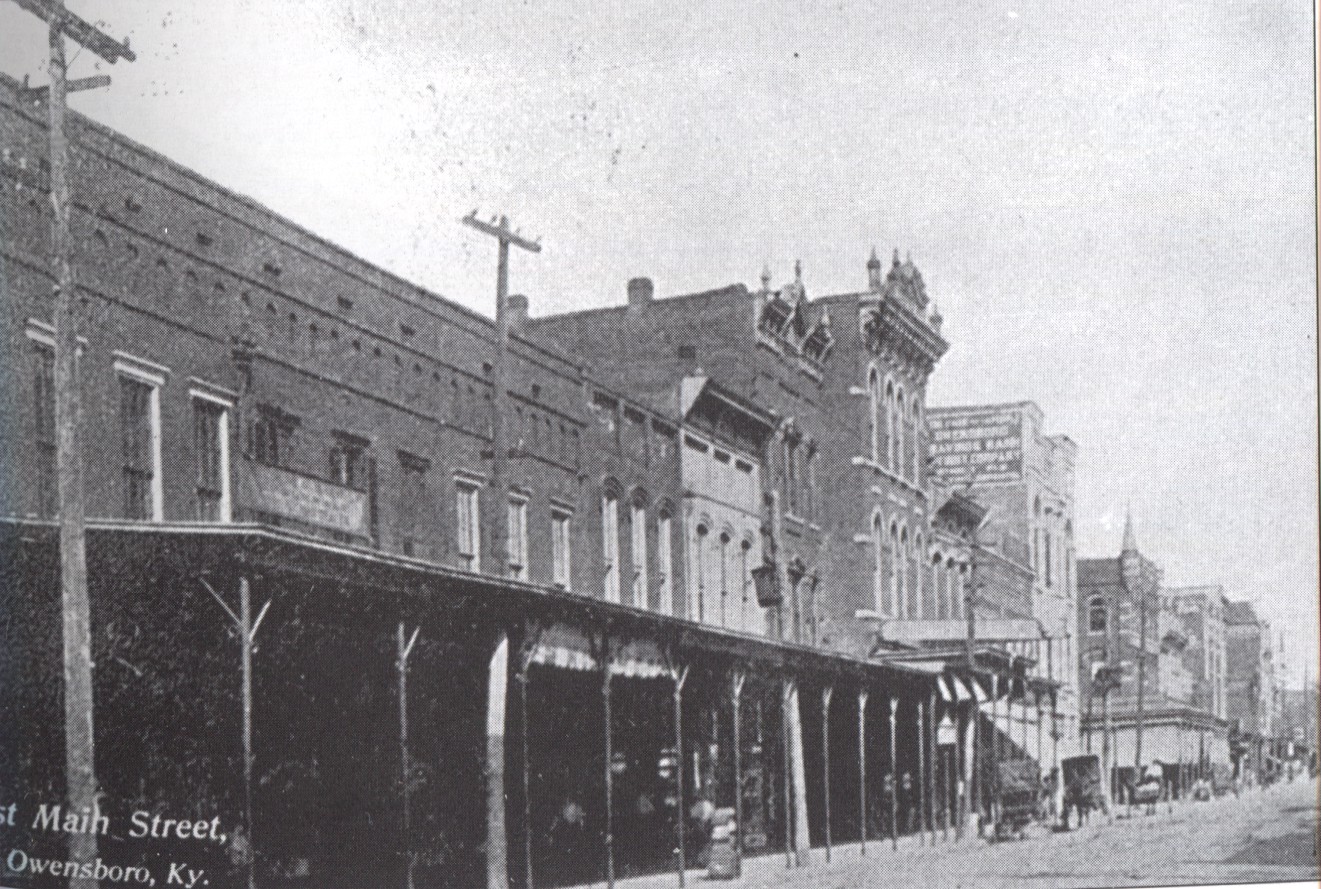 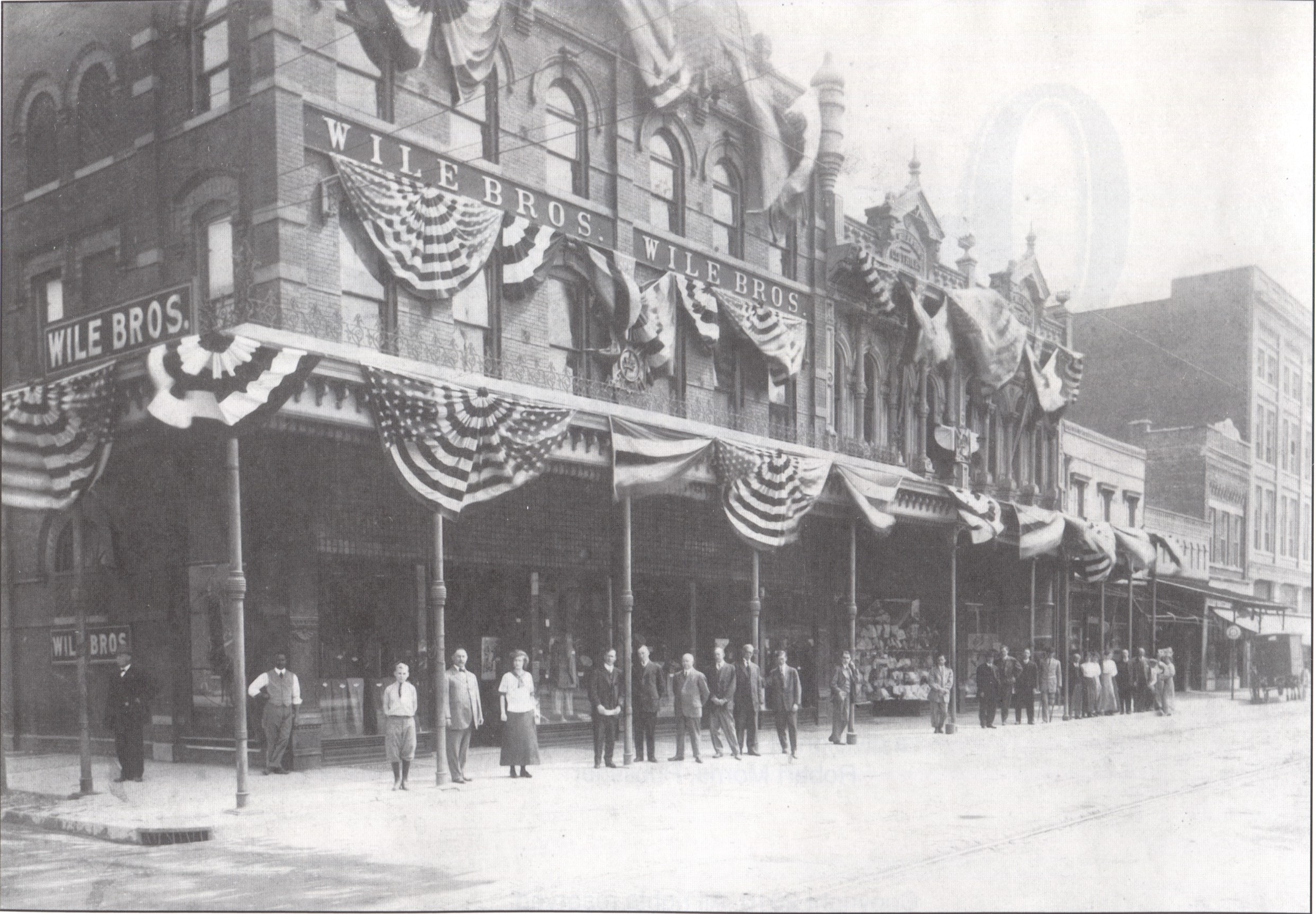 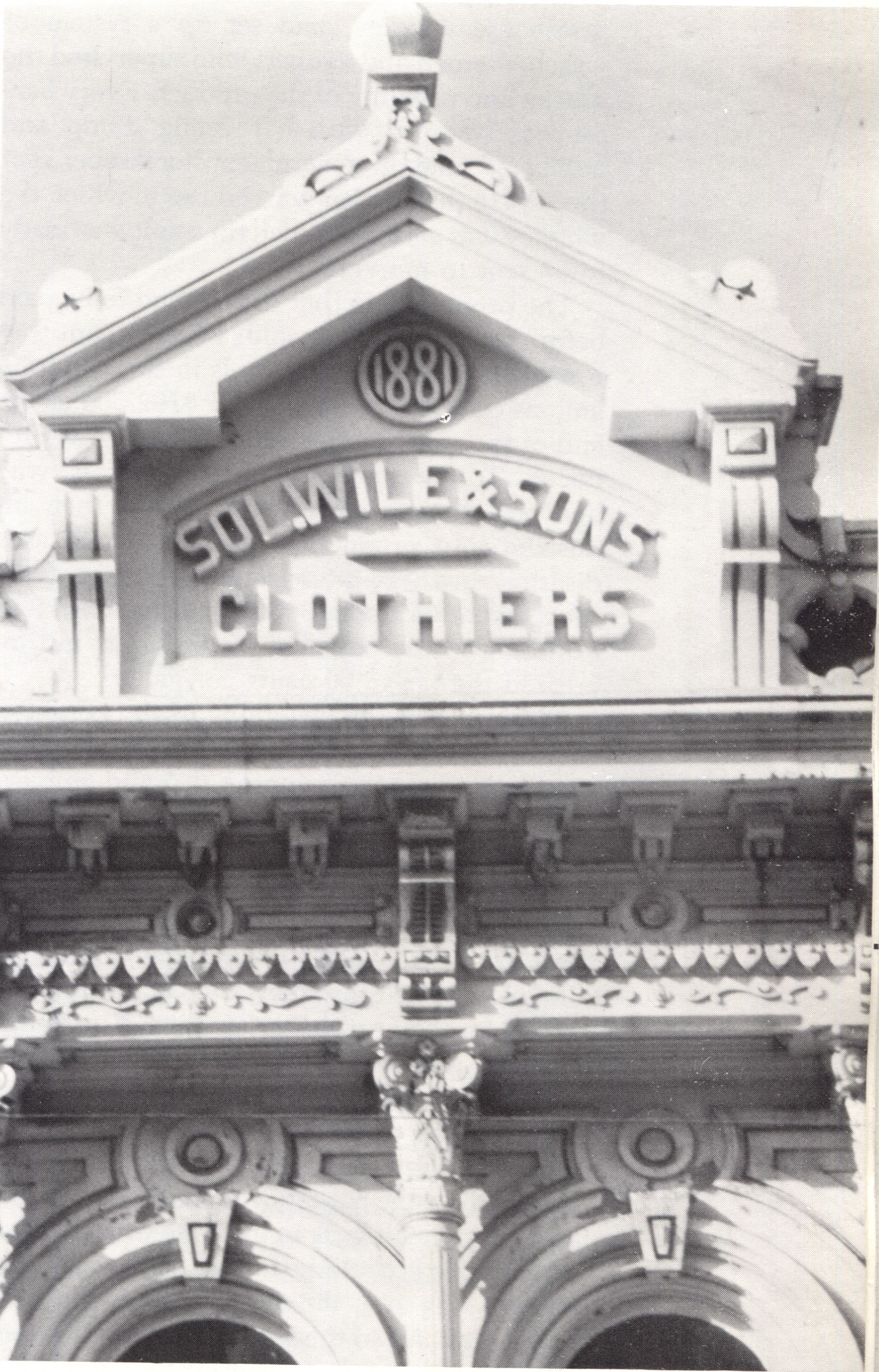 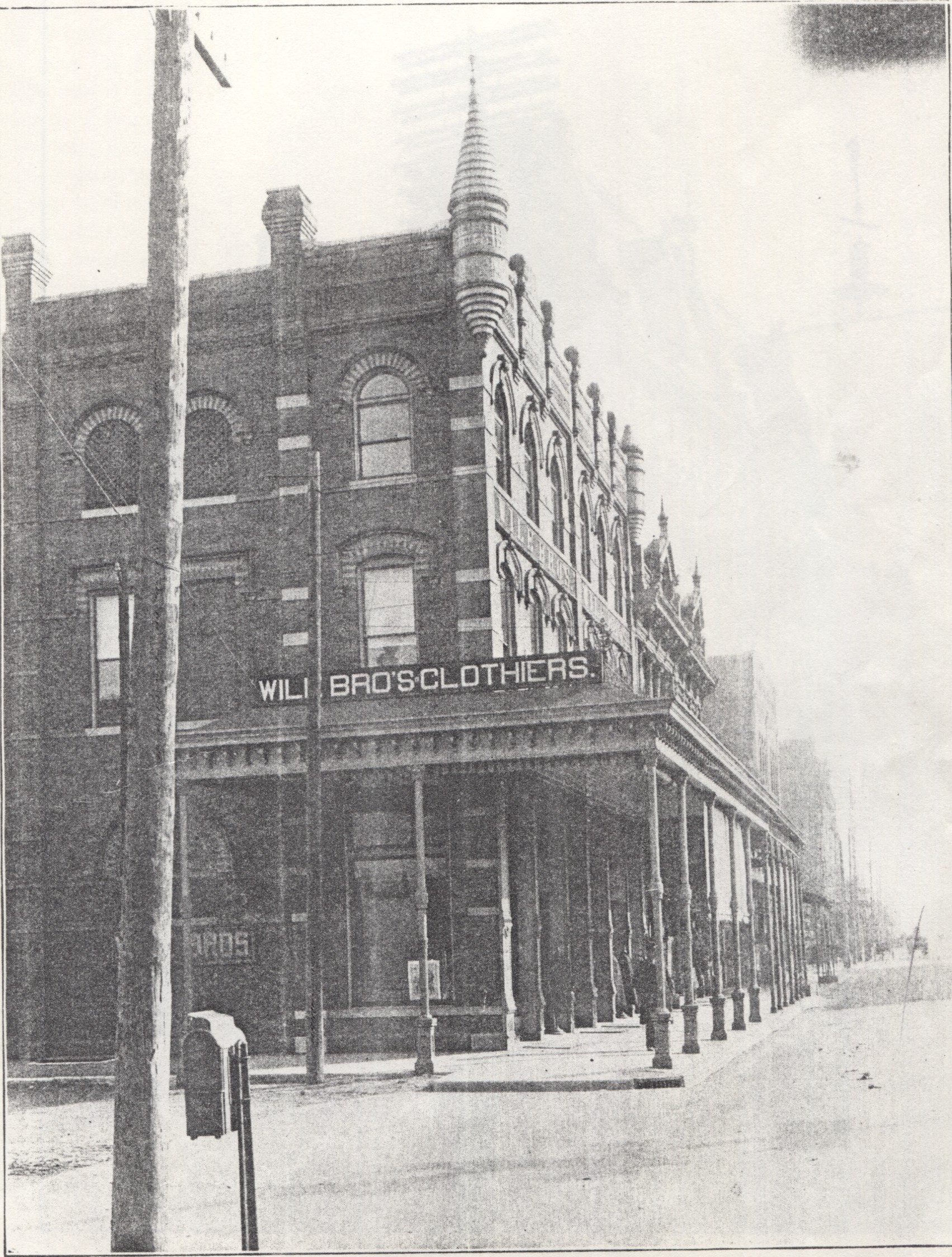 German-Jewish immigrant Solomon Wile came to America in 1855 at the age of 26. He originally lived in Breckinridge County, and became a peddler. He moved to Ohio County in 1858, and finally to Owensboro around 1862. In 1865 he bought a lot on Main Street and put up a brick building with a 34-foot storeroom, and partitions separating the family’s living space of the back and the second floor.

In June 1881, Wile had the building torn down a new one built, costing around $6,000-$7,000 (around $153,000 today). The new building, erected by the Loyd & Snyder Co., was 110 ft x 22 ft, with a galvanized iron front and new show windows that were over 10 feet tall. The first floor remained men’s clothing and furnishing, while the second floor was converted for boys’ and children’s clothing and shoes. The family by this time had moved to a new home on 4th Street. The renovated store re-opened on September 26, 1881.

Wile died on September 24, 1886. His funeral procession was at the time one of the largest ever seen in Owensboro. His sons, Benjamin and Joseph, inherited the business and renamed it Wile Bros. They expanded the store in 1888 and 1889 by annexing the neighboring buildings. Benjamin retired from the in 1912, and went into banking, eventually becoming the President of the Farmers & Traders Bank in 1922. He died in 1933. His brother Joseph remained in charge of the Wile Bros until his death in 1926. He and his wife at the time were living in a second floor apartment above the western end of the building. At his death, he considered to be one of the wealthiest men in Owensboro.

In 1927, the building became the J.J. Newberry Co. Department Store. J.J. Newberry’s remained a competitor for Kresge’s, another popular department store located right across the street, for many years. On June 25, 1962, a fire broke out at the building that gutted the building, with an estimated damage cost of $200,000. The building was renovated and re-opened four months later. By the early 1980s, the building was abandoned, and a failed restoration attempt exposed it weather damage. In 1986, the city condemned the building, but it was eventually saved. It underwent major renovations in 1994-1995, and later in the early 2010s.

Owensboro: Our People, Our Places, vol. 3