Now a wedding and event venue, this large historic home was built in 1908 by its namesake, James Moore. It was the centerpiece of his large ranch, which he bought a few years before. The three-story mansion is an exceptional example of Beaux Arts architecture, featuring porches, large Corinthian and shorter Doric columns, and decorated boxed cornices. Its design resembles the large mansions of the South. The current owners have restored the mansion to its original appearance. It was added to the National Register of Historic Places in 1979.

The James Moore Mansion was built in 1908. It is a fine example of Beaux Arts architecture and an important landmark in Pasco. 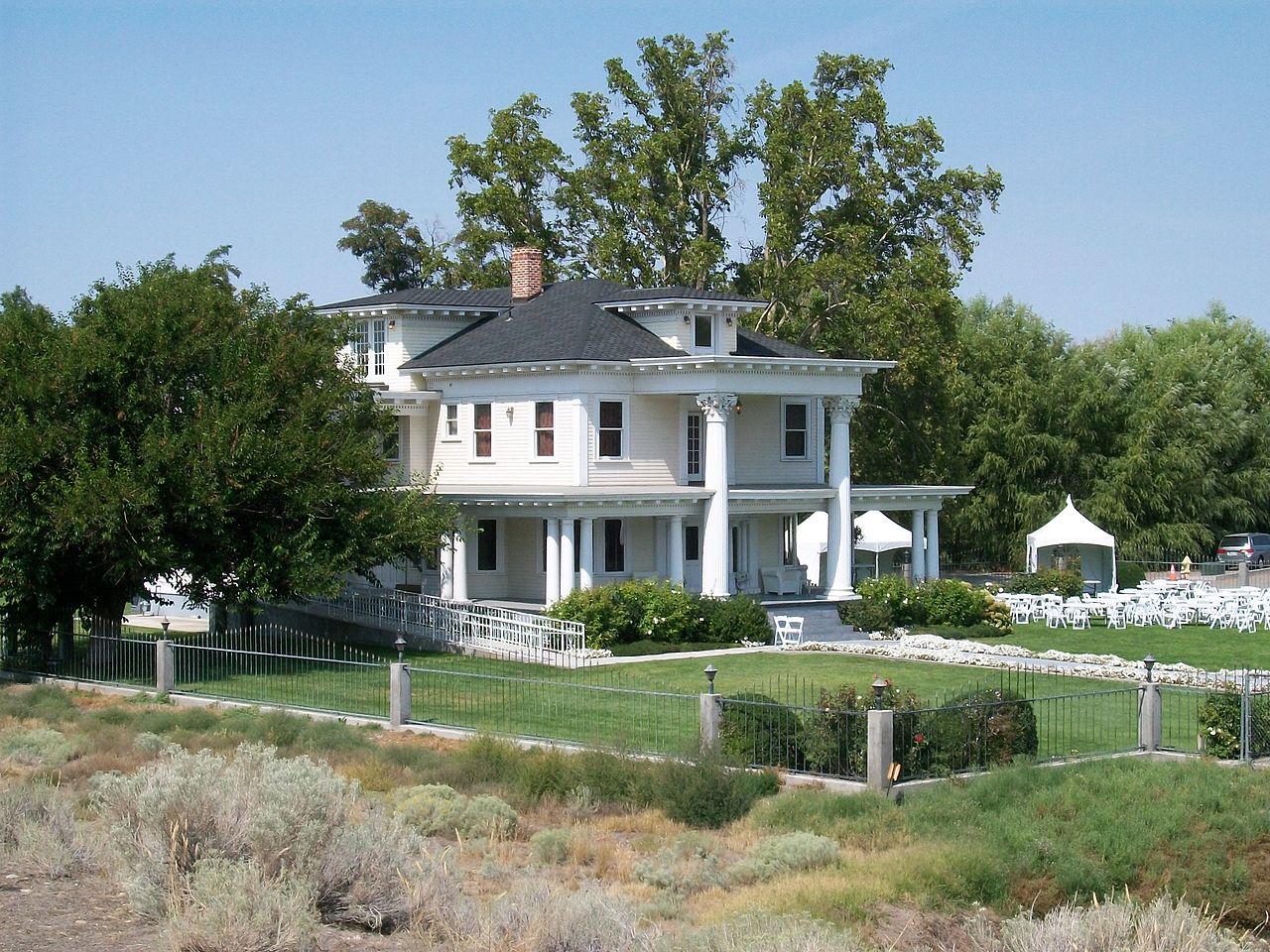 James A. Moore was a wealthy investor from Seattle. Before getting into investment, he spent years working as a shipbuilder, following in his father's footsteps. He was originally from Nova Scotia, Canada and arrived in Seattle by 1897. That year he founded the Moore Investment Company, which quickly became successful. He erected a number of buildings there including the Lumber Exchange Building and the Arcade Building.

In the early 1900s, Moore became interested in irrigation. In 1905 he bought around 1,000 acres in Pasco to pursue this endeavor, determined to show that irrigation could support his new farm and others in the area. Construction of the house and barns, which no longer exist, began in 2007. Another reason for building the house was that his wife was ill at the time. Her doctor recommended that she move to a drier climate; unfortunately she died before the house was finished. Moore was successful, growing a variety of crops including pecans, apples, grapes, and peaches. The success of the farm encouraged others to start farming in the area as well. However, by 1911, Moore's interests turned to the steel industry and he sold the farm to Thomas Carsten, who cofounded the Carsten Brothers Meat Market in Seattle.

Carsten and subsequent owners continued to operate the farm for a number of years, even during Prohibition. Although during that period the house became an underground nightclub. In 1948, the house became a private residence once again. Then in 1955 it was converted into a nursing home. It is unclear how long the old house remained a nursing home but by the 1960s and early 1970s a number of hippies lived in the house. At the end of the 1970s, the mansion was in terrible shape and slated for demolition. However, as noted above, it was added to the National Register of Historic Places, saving it from being torn down. It was vacant (and vandalized) for several years afterwards before a restaurant opened in 1989, which closed in 1995. Four years later, a couple bought it and opened another restaurant. The new owners also offered the mansion as an event venue. In 2001, a fire severely damaged the house. The current owners bought it in 2004 and began the long process of restoring it. It remains an enduring landmark today.