The Battle of Stanaford

Deputy U.S. Marshal Dan Cunningham leads a posse to apprehend 33 miners who were striking against the unfair wages met with all coal miners in West Virginia. A bloody shootout was had one night in the small town of Stanaford, and was one of the many battles that led the Mine Wars to the 1920's. 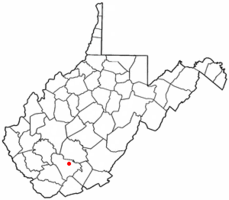 Circled Bullet Holes from the Battle (1903) 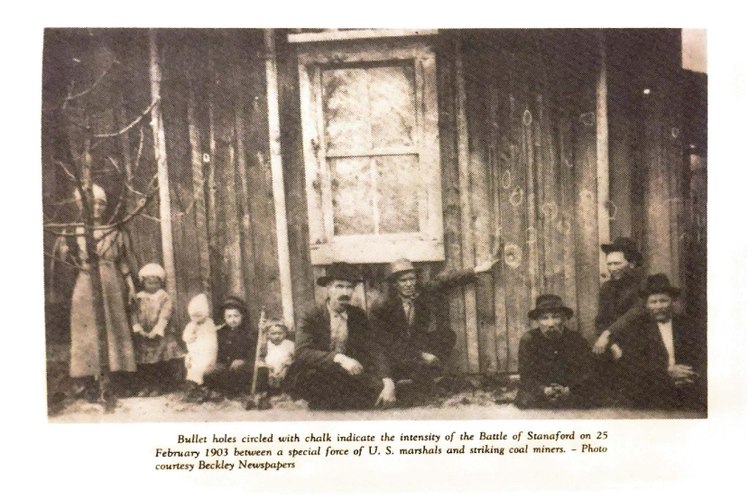 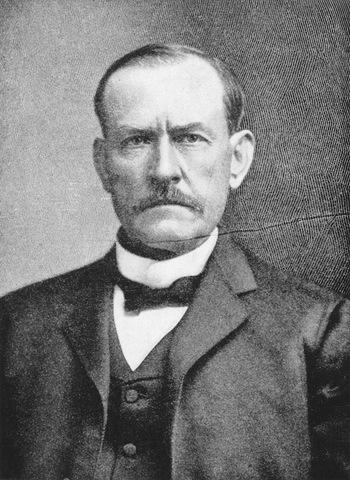 On February 25, 1903, Deputy U.S. Marshal Dan Cunningham was issued to serve injunctions to 33 miners who unionized against the coal operators of their employment in Beckley, West Virginia. The miners were marching through from Fayette County and wanted no resistance. The report reads that the miners threatened Cunningham with lethal force and forced him to retreat Raleigh County where he planned to form a posse with the Sheriff, Harvey Cook. They pleaded with the governor, who issued them to form a group of citizens to help defend from any skirmish that might come to them.

The miners had marched on a public road near a local mine, and were confronted by Cunningham that the injuctions against them would forbid them from going anywhere near the mines. They resisted arrest by Cunningham and marched back to the town of Stanaford. Later, Sheriff Cook issued that the majority of the armed volunteers to disperse, given that there was no need to mass their numbers and the striking miners were marching back from Atkinsville to Stanaford. Cunningham, however, still felt that justice must be made after the unrest given, and formed a second posse with Sheriff Cook, Howard Smith of the Baldwin-Felts Detective Agency, and 50 other agents working for the coal operators.

The 30 miners found refuge in homes of friends and kind folk in Stanaford. They were even visited and supported by Mother Jones during this time. Eight minors spent the night with a black man named G. W. Jackson, and his wife and four children. That night, Cunningham’s posse were spending the night in Stanaford as well, and saw the opportunity to finally apprehend the striking miners. To this day it is still up for debate of who fired on who first, but the historic results are that six miners were killed and the rest were arrested. Representatives that were at the time said it was the posse who fired onto the homes unannounced, Newspapers that were owned by the coal barons said that Cunningham ordered a surrender and was met with flying bullets. Bullet holes on the houses were left as physical scares, and the bloody chunks of dead men stained the minds of the families who were ill-fated enough to witness the events.