St. Patrick's Parish was established in 1855, but a church wasn't completed until 1867. The Congregation of Sisters of St. Agnes taught classes in the church in 1871, but it wasn't until 1938 when a proper school was built with a large matching donation from Henry and Julia Boyle. In 1970, the school merged with St. Louis and classes were held at St. Patrick's until 1995. The church was designated as a local landmark in 1990 and Masses were held there until 2007. 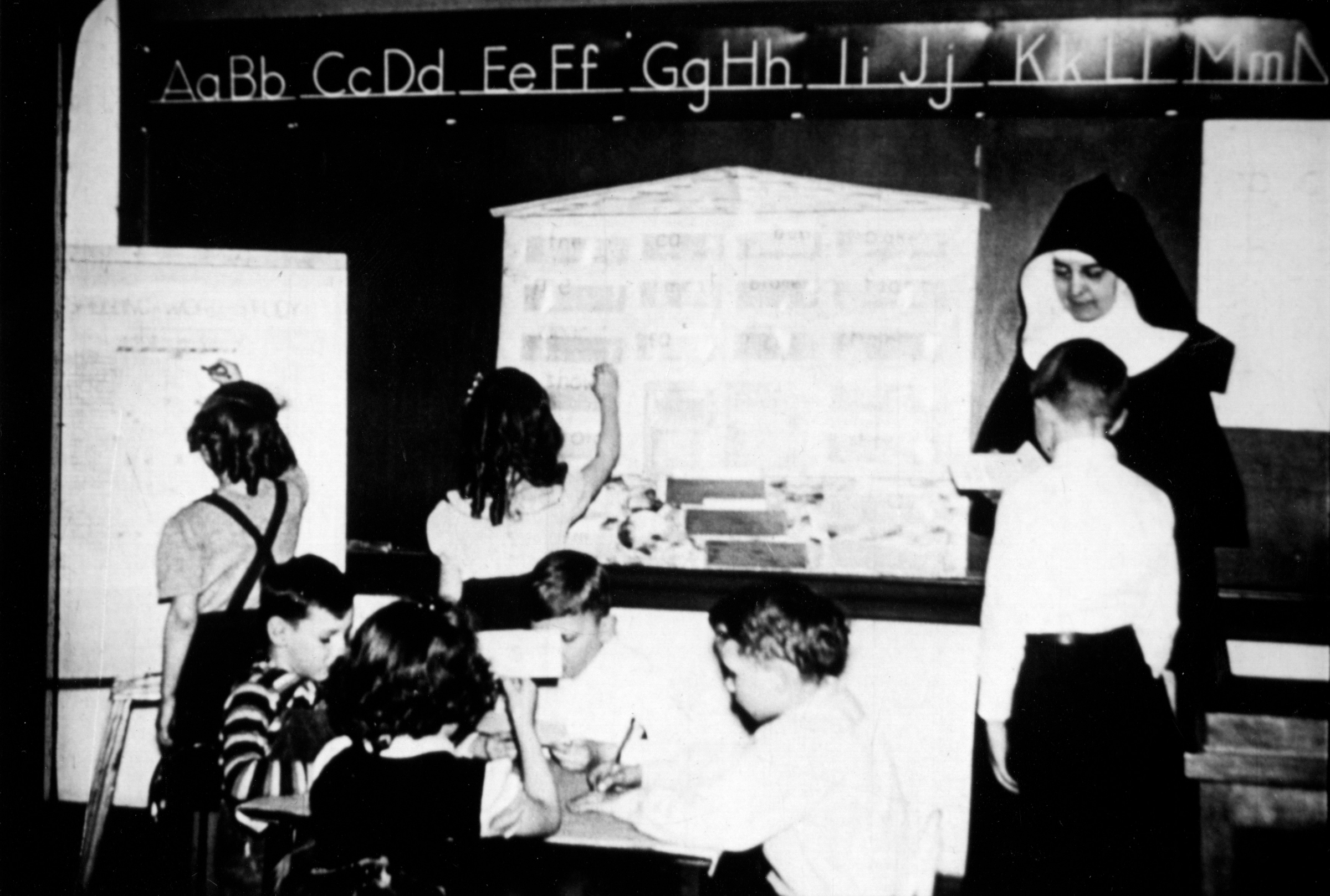 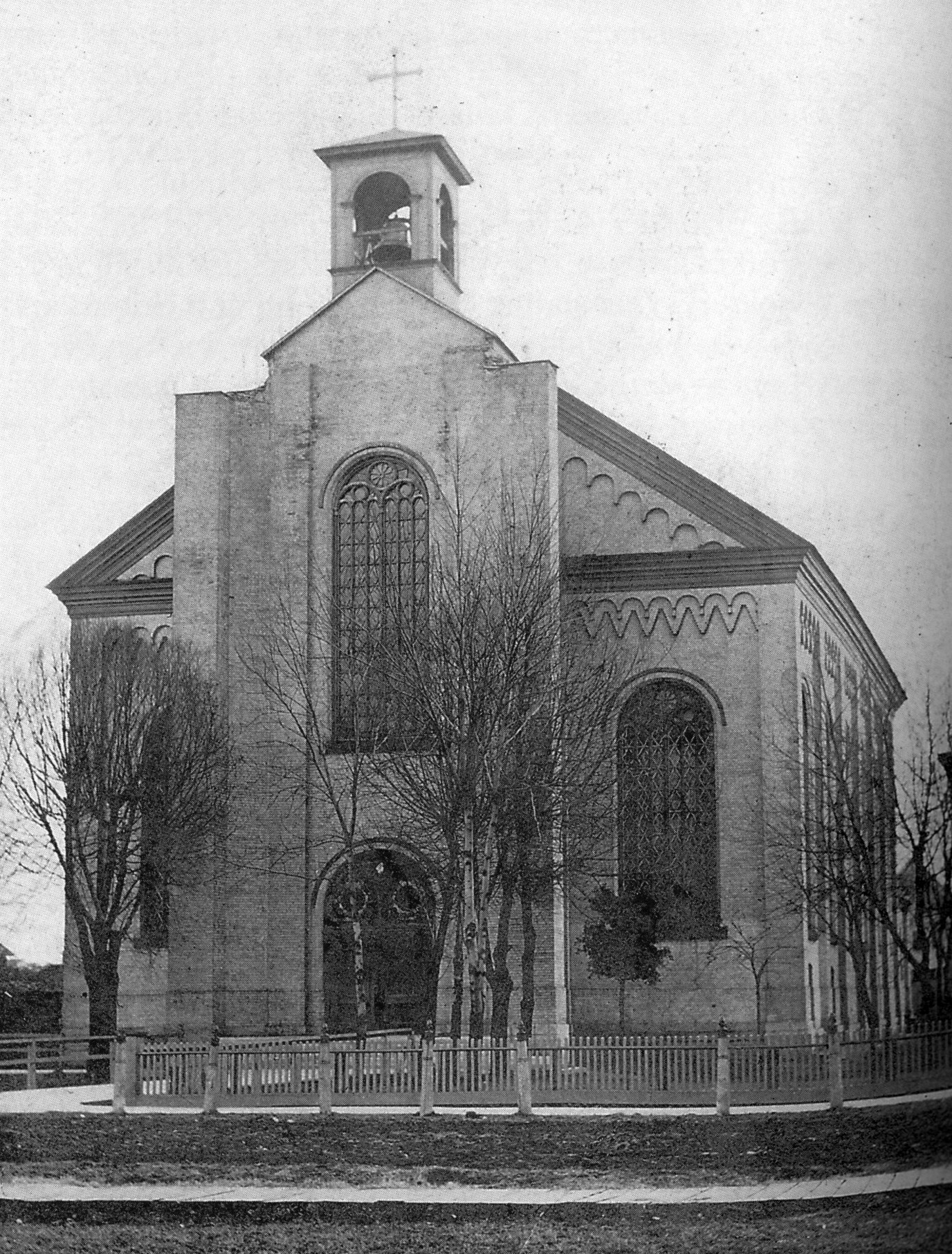 St. Patrick's Church after the 1911 improvements. 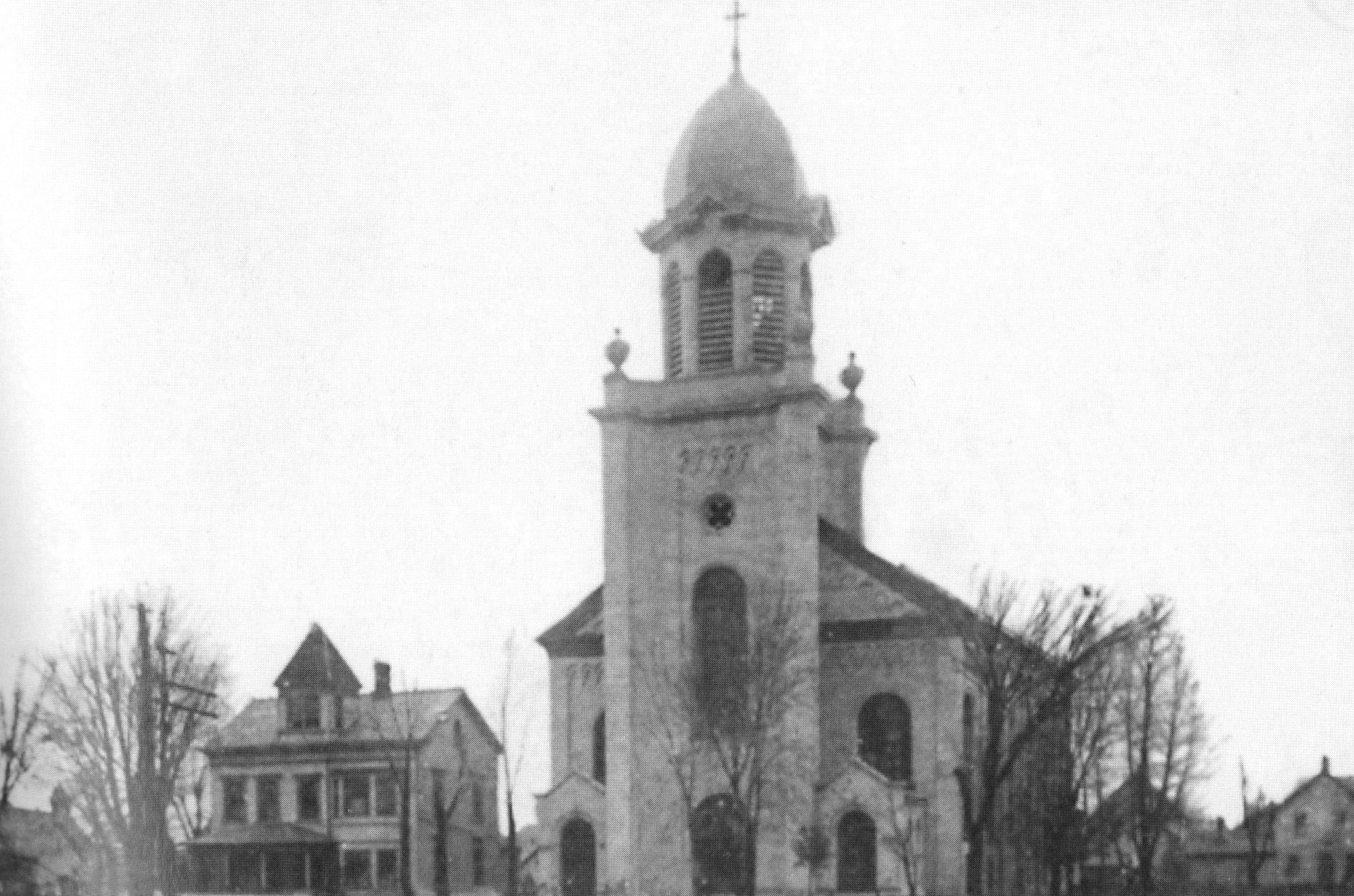 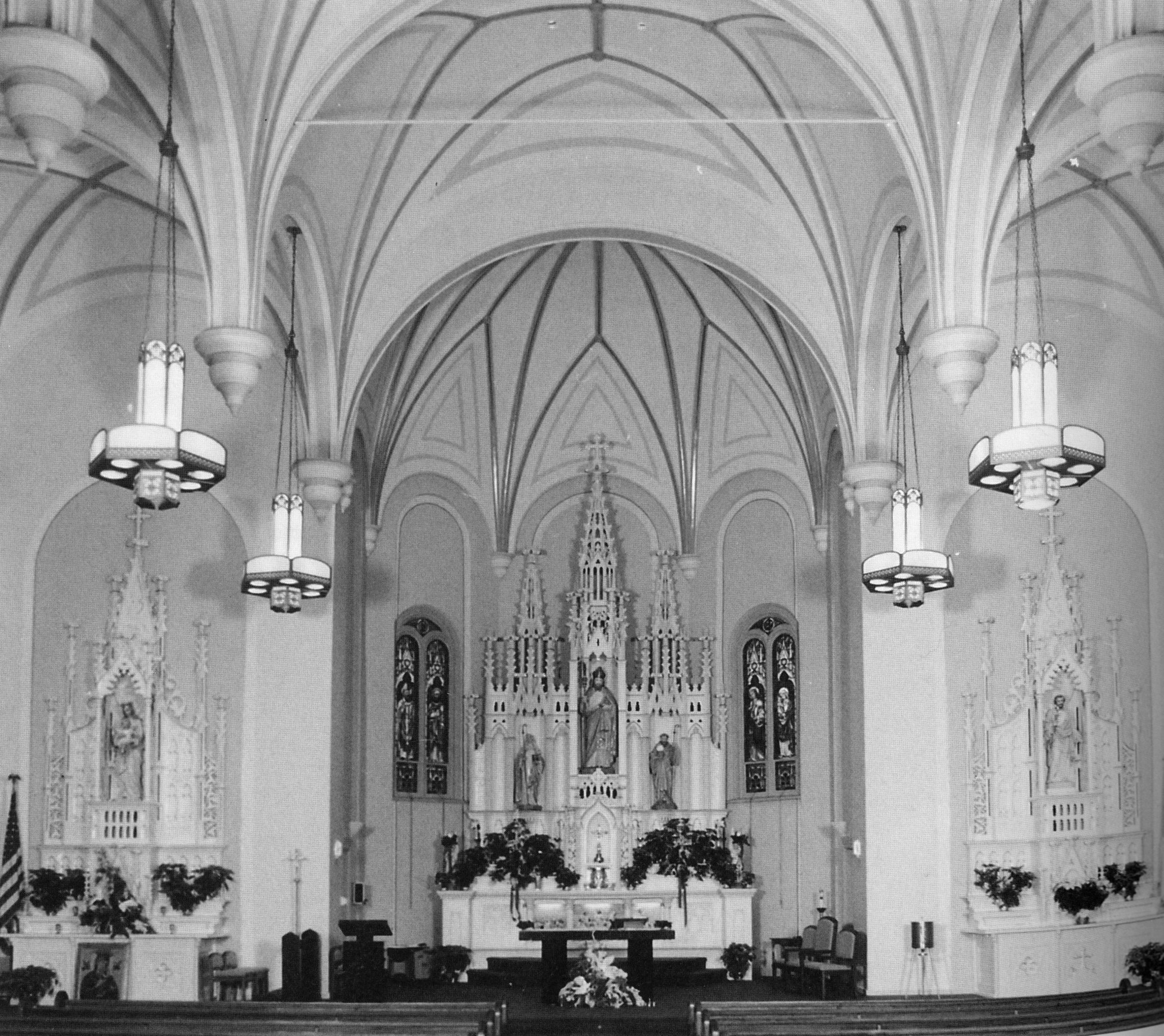 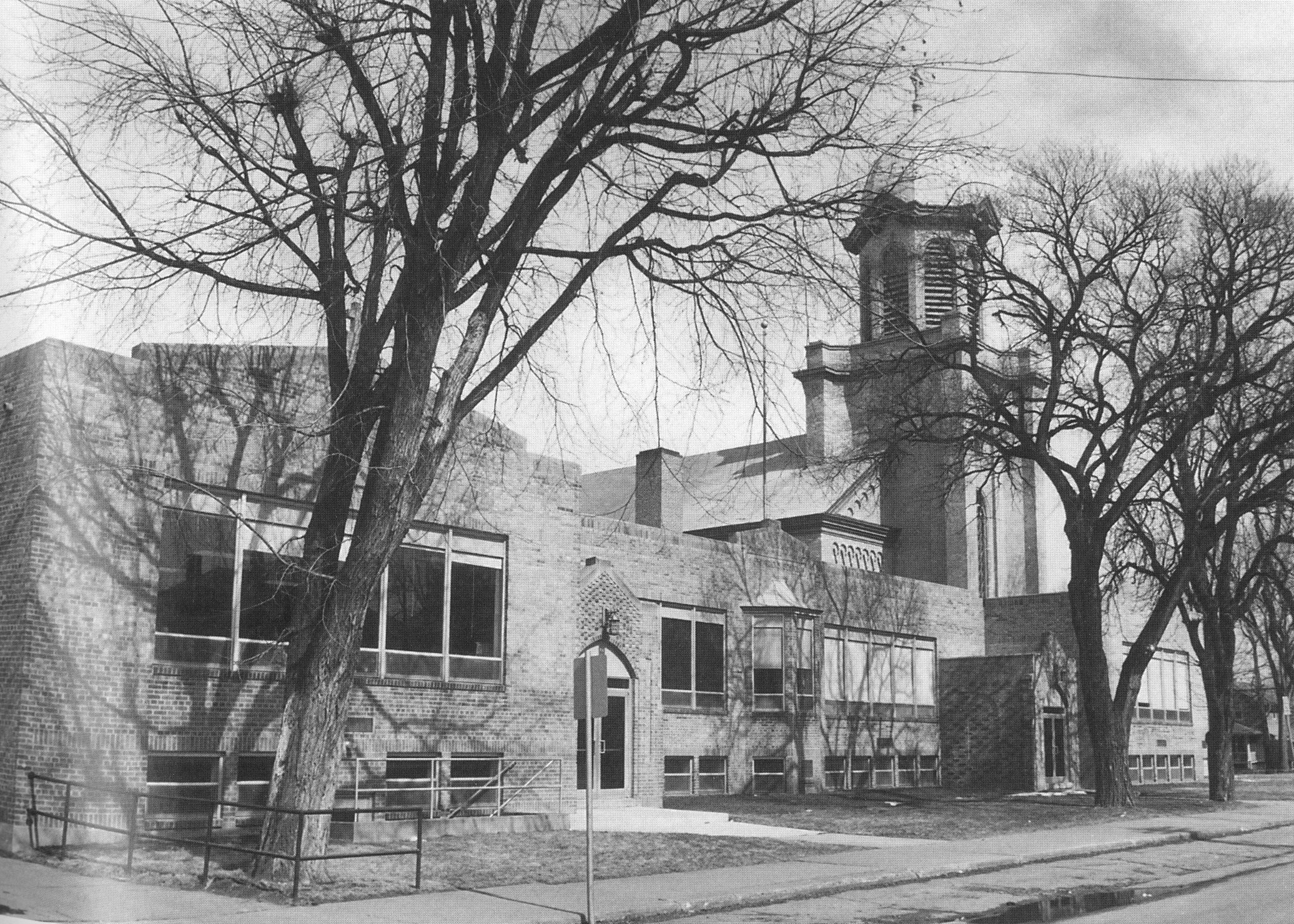 St. Patrick's Parish grew out of the original St. Louis Parish (later renamed St. Joseph) when Irish members decided to establish their own parish in 1855. A year earlier some Irish members of St. Louis formed St. Patrick’s Temperance Society. Membership grew to 250 within a year and this group formed the core of what would become St. Patrick’s Parish. The new church would be located on the north side of Follett Street just east of Main Street on land donated by local businessman John Macy. Parishioners dug the foundation themselves somewhere between 1855 and 1858, but construction took more than a decade due to financial hardships and a lack of building materials resulting from the Civil War. Finally, on July 7, 1867, Archbishop John Henni consecrated the church.

Improvements were made to St. Patrick’s beginning in the 1880s under Father Joseph Keenan, with the addition of a parish hall and church bell. By 1911, a tower and two side entrances were added to the structure. Father Keenan, known for his extensive library and commitment to ecumenism, served St. Patrick’s for 30 years. He was succeeded by his nephew, Father T.J. Cosgrove who oversaw improvements to the church including new pews, stained glass windows, a new organ, central heating, and electricity.

Church records indicate the Sisters of St. Agnes operated a school in St. Patrick’s sacristy for a year in 1871 and discussions concerning the construction of a school began in the 1920s. The family of Henry and Julia Boyle offered $50,000 to build a school in 1930 but required matching funds from the parish. The Great Depression hindered any fundraising efforts for several years but the parish rededicated itself to the building fund in 1934. Construction finally began on the school and a convent for the Sisters of St. Agnes who would teach at the school, and the buildings were dedicated on August 28, 1938. The congregation had managed to raise enough money to complete the project without going into debt, no small feat during the Great Depression. Another six classrooms were added in 1960.

In 1970, the school merged with St. Louis and in 1992 became part of FACES (Fond du Lac Area Catholic Education System). In 1995, FACES stopped using St. Patrick’s as an elementary school but continued using it for Christian formation classes. Then in 2008, all Fond du Lac Catholic schools consolidated into FACES-Springs Catholic Educational System.

In 1990, the church was designated a local landmark and in 2000, Fond du Lac area parishes merged into one Catholic community — Holy Family. St. Patrick’s Church operated until 2007 when the new Holy Family Church was constructed. Recently the building has been used as a dance studio and concert space.