St. Joseph's Church is considered the mother church of Fond du Lac. Originally founded as St. Louis Parish at Second and Marr Streets in 1847, the growing parish eventually split into several churches along ethnic lines. A new St. Louis congregation was established by French speakers in 1862, and the mother parish was renamed St. Joseph's. The church was destroyed by fire in 1908 and a new structure was completed in 1910. St. Joseph's School opened in 1928 and was operated by the Congregation of Sisters of St. Agnes. 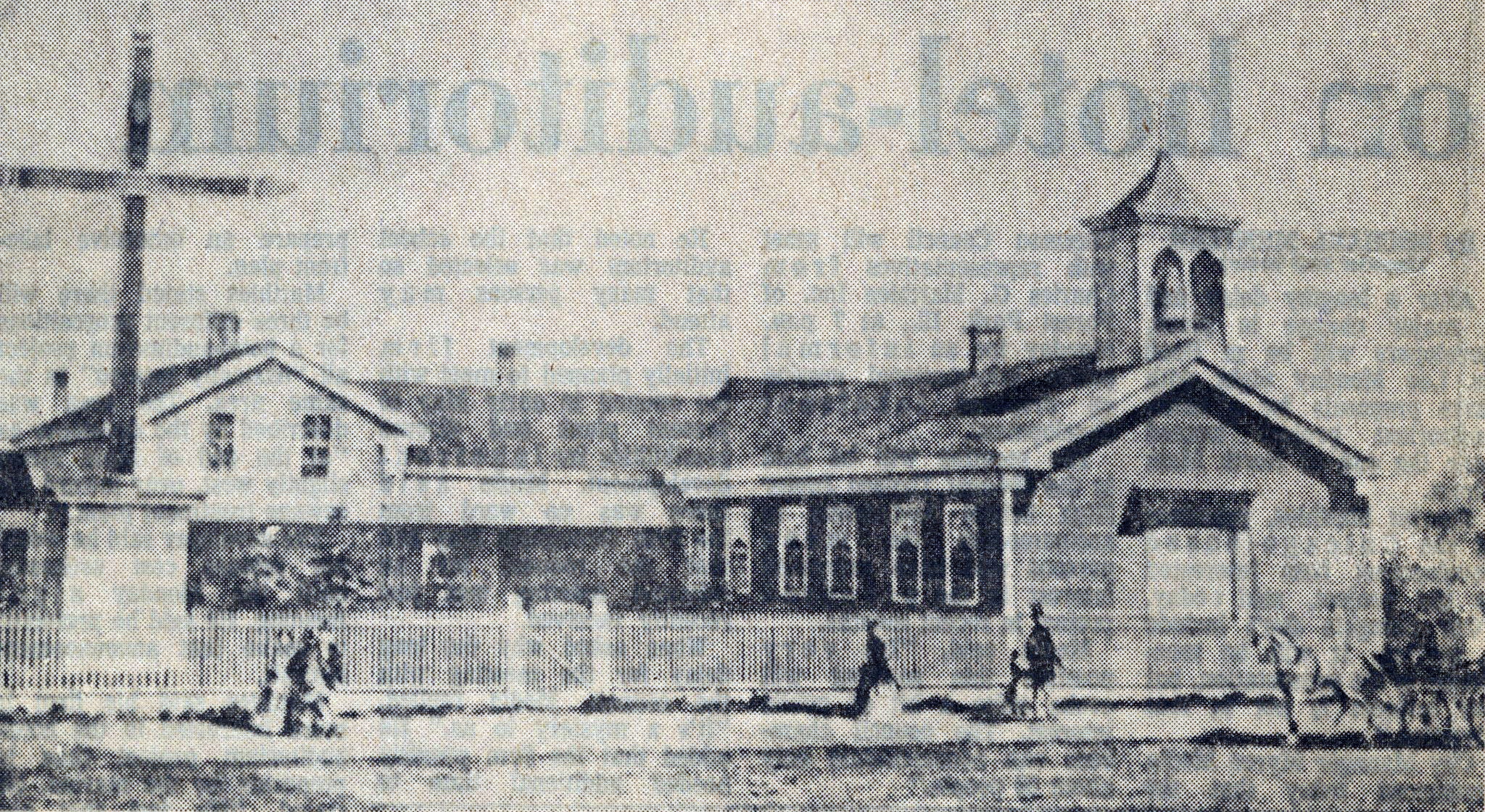 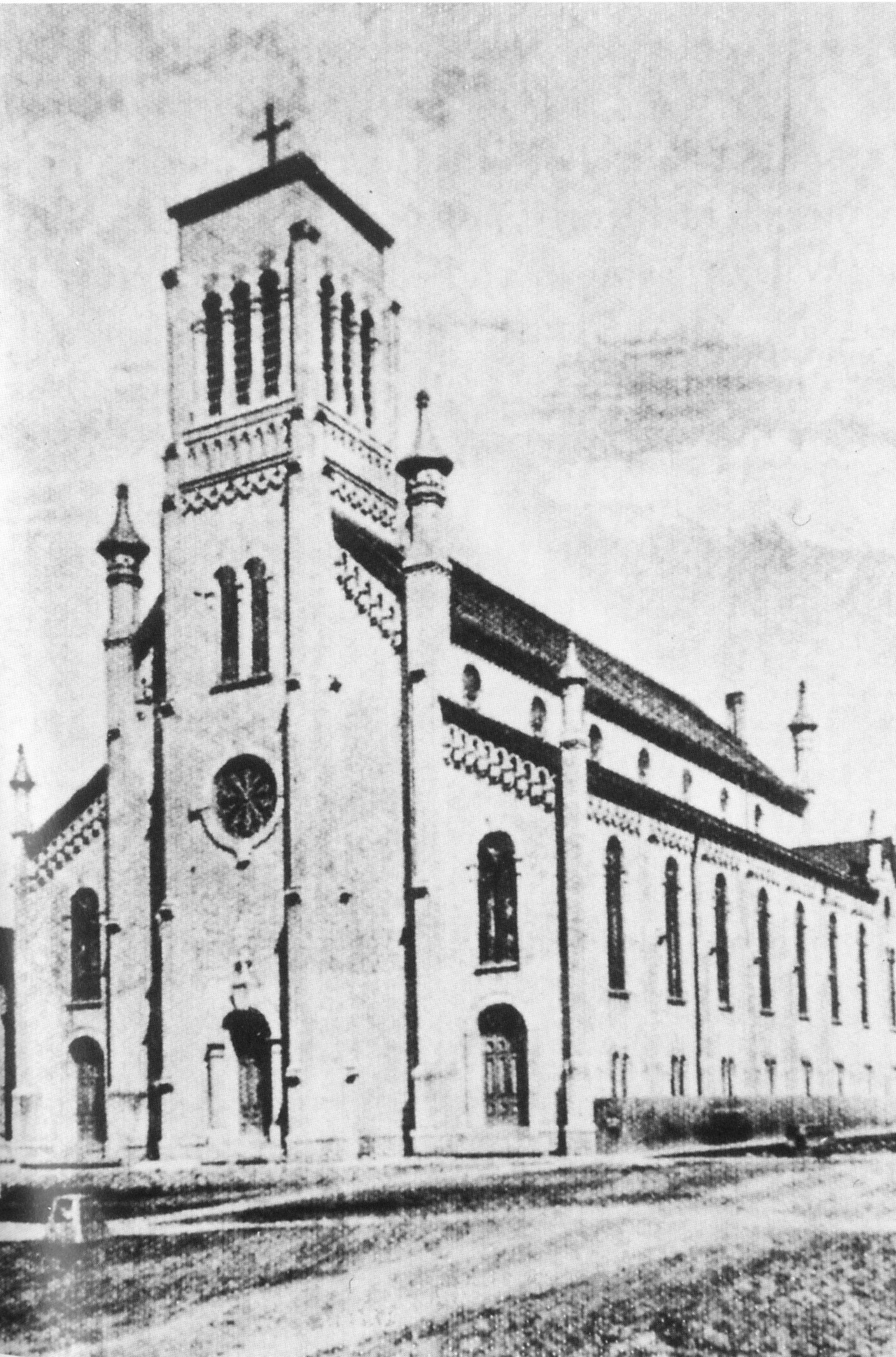 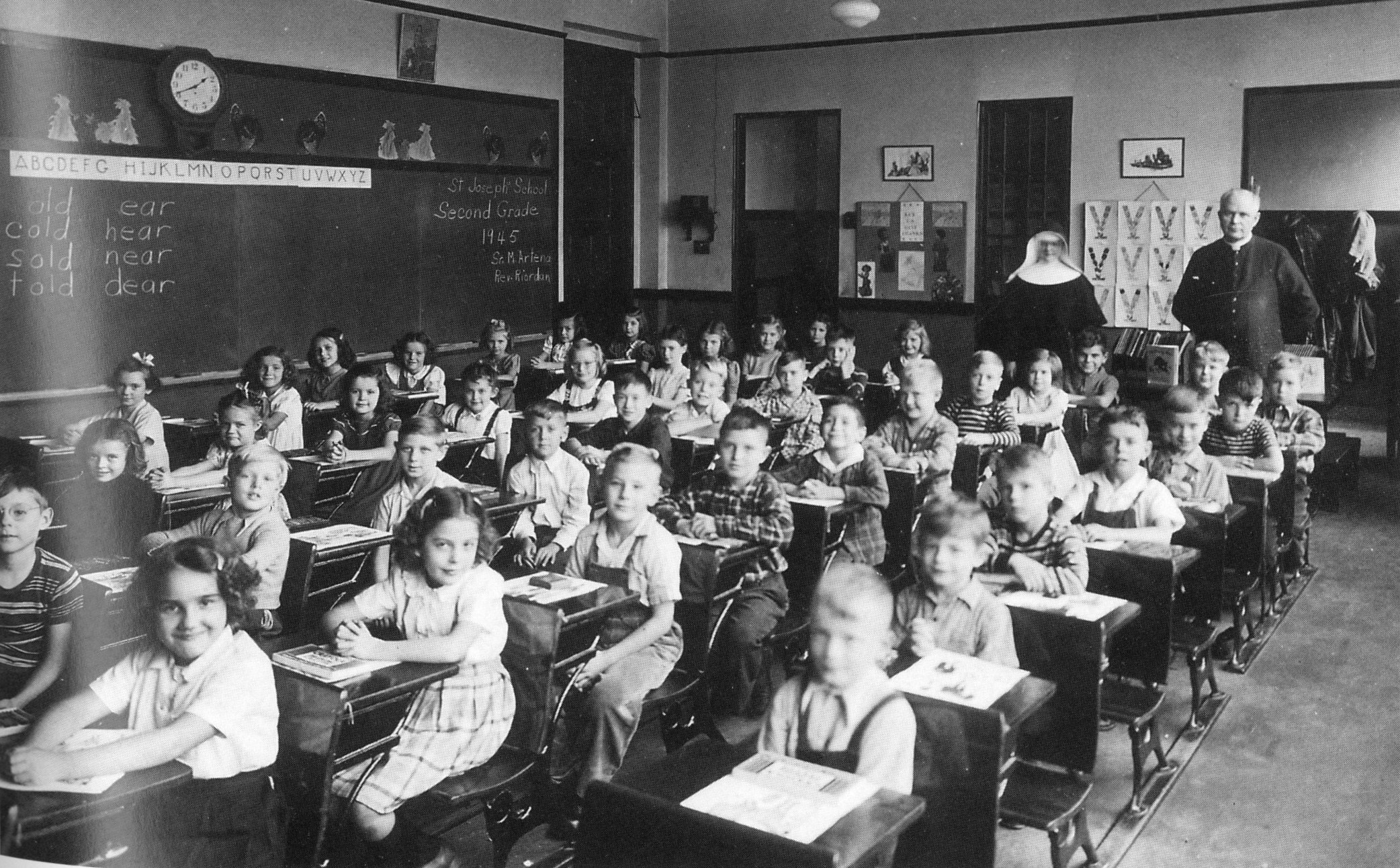 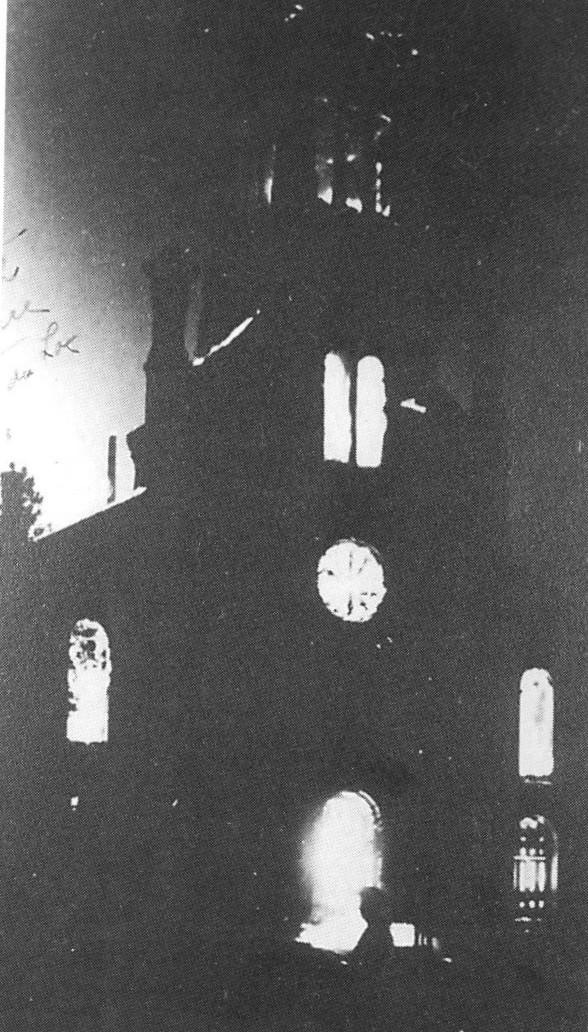 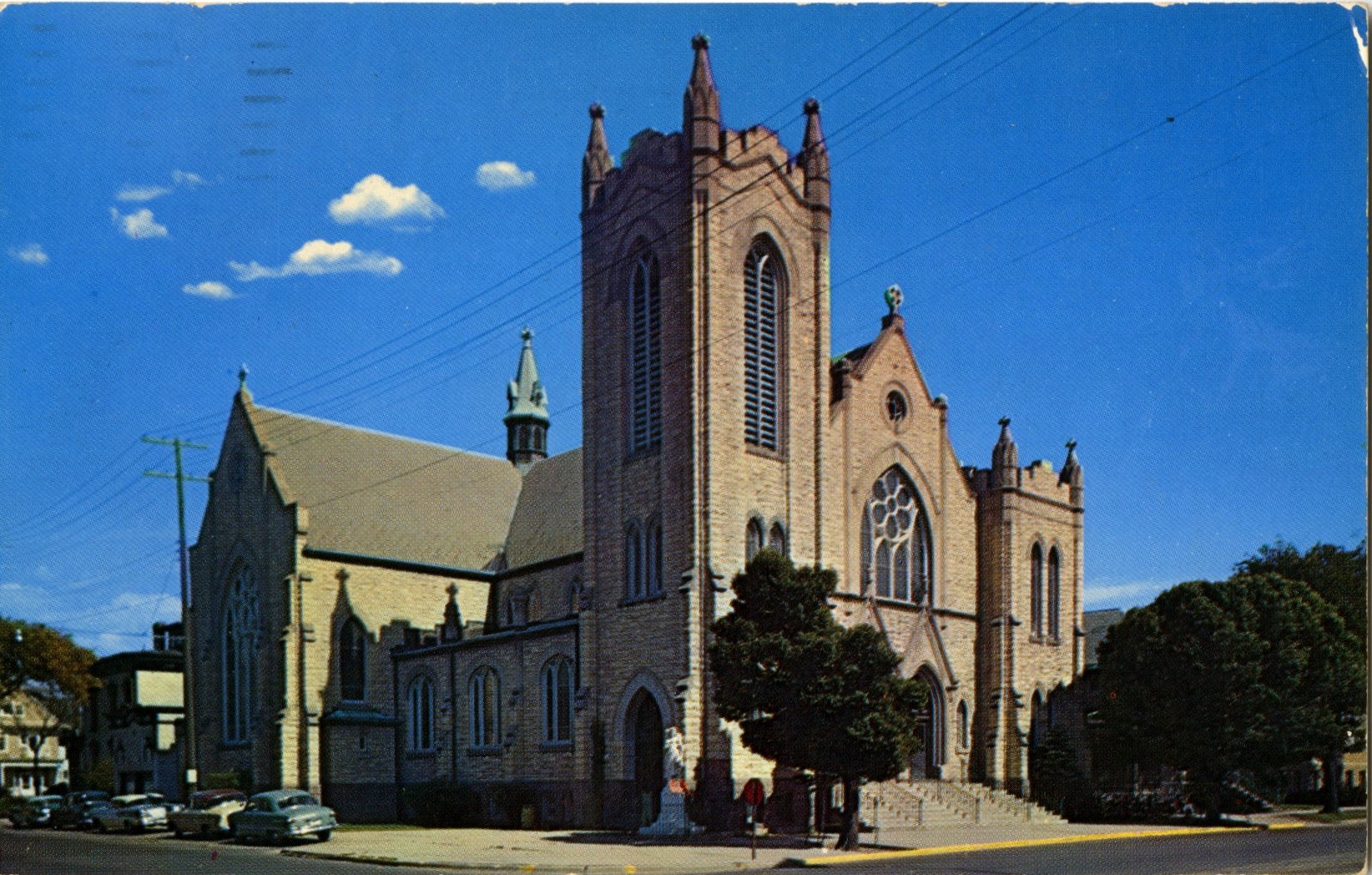 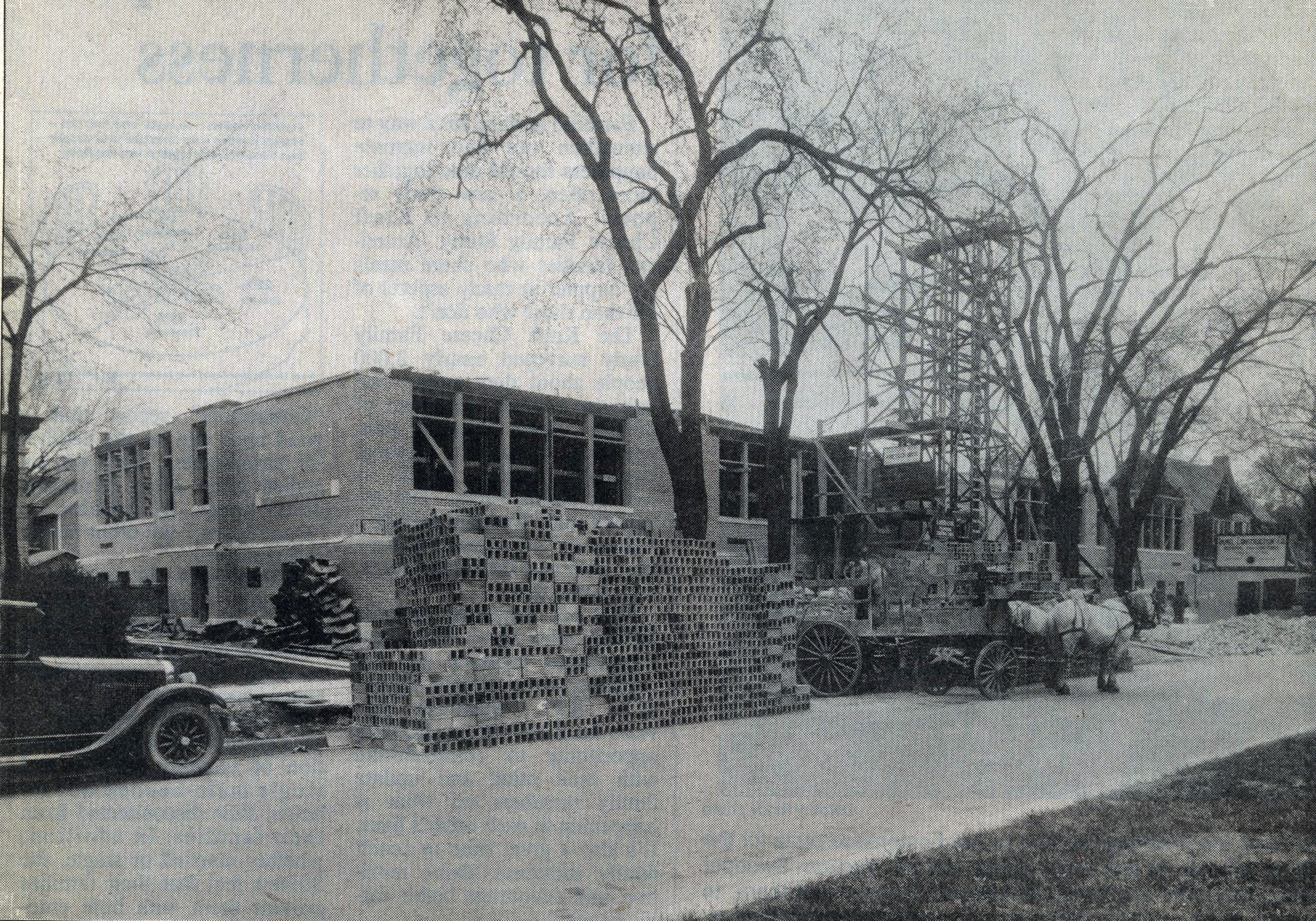 St. Joseph’s Church, considered the mother parish of Fond du Lac, has occupied the same location at Second and Marr Streets since 1847. Mayor Mason Darling donated land for the construction of a 30’ by 40’ structure initially named St. Louis Chapel.  The 30 founding families organized the parish under missionary priest, Father Caspar Rehrl. Father Anthony Godfert became the first resident pastor at St. Louis during the winter of 1849-1850. He was soon succeeded by Father Louis Dael who enlarged the church and built a rectory.

As the Catholic population of Fond du Lac grew, new parishes emerged from St. Louis along ethnic lines. St. Patrick’s was formed in 1855 to serve the Irish population and the Germans established St. Mary’s in 1868. A French-speaking congregation was formed in 1862 and took the name St. Louis, while the original parish was renamed St. Joseph and retained a mix of ethnic groups with English speakers being in the majority.

In 1874, construction began on a new church building. Pastor George Willard was inspired by the Cathedral at Lourdes, France, but a lack of funding and construction delays prevented Father Willard from seeing his dream completed before he was reassigned in 1879. The structure, finally completed in 1888, measured 135 feet by 75 feet and was designed to seat 1,100 people.

On the night of September 24-25, 1908, flames from a fire at the Crescent Garage shot across the street and started the church on fire. The conflagration destroyed St. Joseph’s as well as First Congregational Church. Portions of Grant School, St. Peter’s Lutheran Church, and St. Joseph rectory were also severely damaged that evening.

Parishioners worshiped at Armory E while a new gothic-style church, designed by Jones and Trumbell of Chicago, was constructed. The old cornerstone, salvaged from the burnt ruins, was laid near a new cornerstone on August 16, 1909. The church was dedicated on September 27, 1910.

Pastor John Collins began advocating for a school as early as 1917, but it wouldn’t be until April 22, 1928, when the cornerstone was laid. The school was dedicated in October of that year with the Sisters of St. Agnes missioned there to teach. In 1974, St. Joseph’s School merged with St. Mary’s and in 1992, all Catholic elementary schools in Fond du Lac were united into Fond du Lac Area Catholic Education System (FACES). In this consolidated system, St. Joseph’s served K-5 students from 1992 to 2008, when the PreK-12 FACES-Springs Catholic Educational System was created. St. Joseph’s School then operated as St. Mary’s Springs Academy until all students were transferred to the new SMSA on Route K. The school has now been converted into residential living and in 2017 was listed on the National Register of Historic Places.

In 2000, all Catholic parishes in Fond du Lac merged into one Catholic community — Holy Family. The last Mass at St. Joseph’s was held on November 12, 2007, and the building was sold and now operates as Thrive Church.