Constructed around 1905, Rosedell is one of the most historic homes in Yakima. Now a bed and breakfast inn of the same name, it was built by A.E. Larson, a prominent figure in Yakima who had a significant impact on the city's development during the late 19th and early 20th centuries. His last contribution to the city was constructing the A.E. Larson Building, which remains one of the city's enduring landmarks. In terms of design, Rosedell is the best example of Neoclassical residential architecture in the city. It features a rough stone exterior, a large two-story portico with fluted columns on the south facade, another portico with columns on the east facade, and a two-story tower. Given its architectural significance and association with Larson, the house was added to the National Register of Historic Places in 1990.

Rosedell was built around 1905 by A.E. Larson, the businessman who built the A.E. Larson Building downtown. 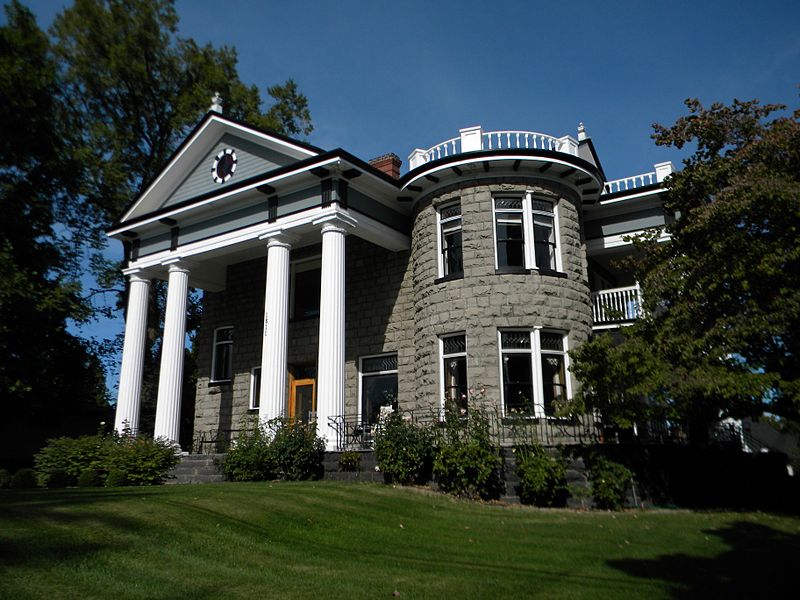 Born in Minnesota, Larson arrived in Yakima in 1891. He had been working in Washington in the lumber industry since 1884 and made his way to Yakima to start his business career. He bought a lumber yard and during the next several years invested in other business ventures, including real estate development. He built the Yakima Opera House, the Donnelly Hotel, and the aforementioned A.E. Larson Building. Larson also became the vice president of Yakima First National Bank, the president of a mining company, and owned a Ford car dealership. He became involved in civic affairs as well, serving as chairman of the Democratic party committee, co-founded the local Chamber of Commerce, and was a member of the state Planning Commission. He passed away in 1934.

What happened next is a little unclear. According to the Yakima Herald, Larson's wife lived in the house until her passing in 1945. The city acquired it and sold it, using the funds to establish the Larson Art Gallery at Yakima Community College. It became a private residence again before being sitting vacant for 18 years until 2006 when the current owners bought it. They spent the next three years renovating it into the bed and breakfast, which opened in 2009. However, the National Register of Historic Places Nomination Form states that Larson's wife lived in the house until she died in 1969. There is no mention of the city acquiring it, only that it remained a private residence.