St. Francis Home, a skilled nursing facility, was built by the Congregation of Sisters of St. Agnes in 1977 to replace the Henry Boyle Catholic Home for the Aged. St. Clare Terrace is an independent residential facility first established in 1984, and St. Francis Terrace is an assisted living facility built in 1998. The interconnected complex provides a continuum of care for older Fond du Lac residents. 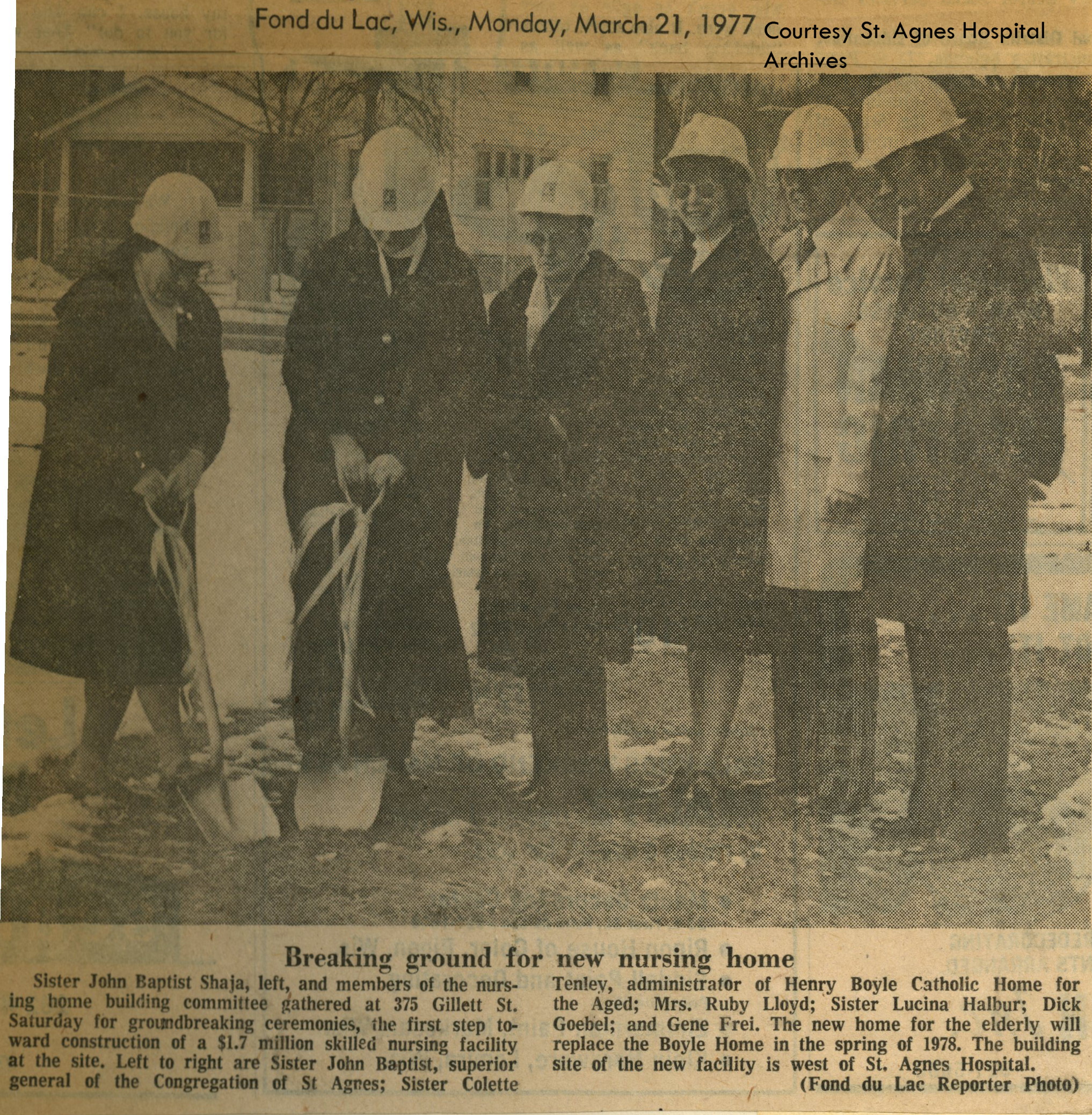 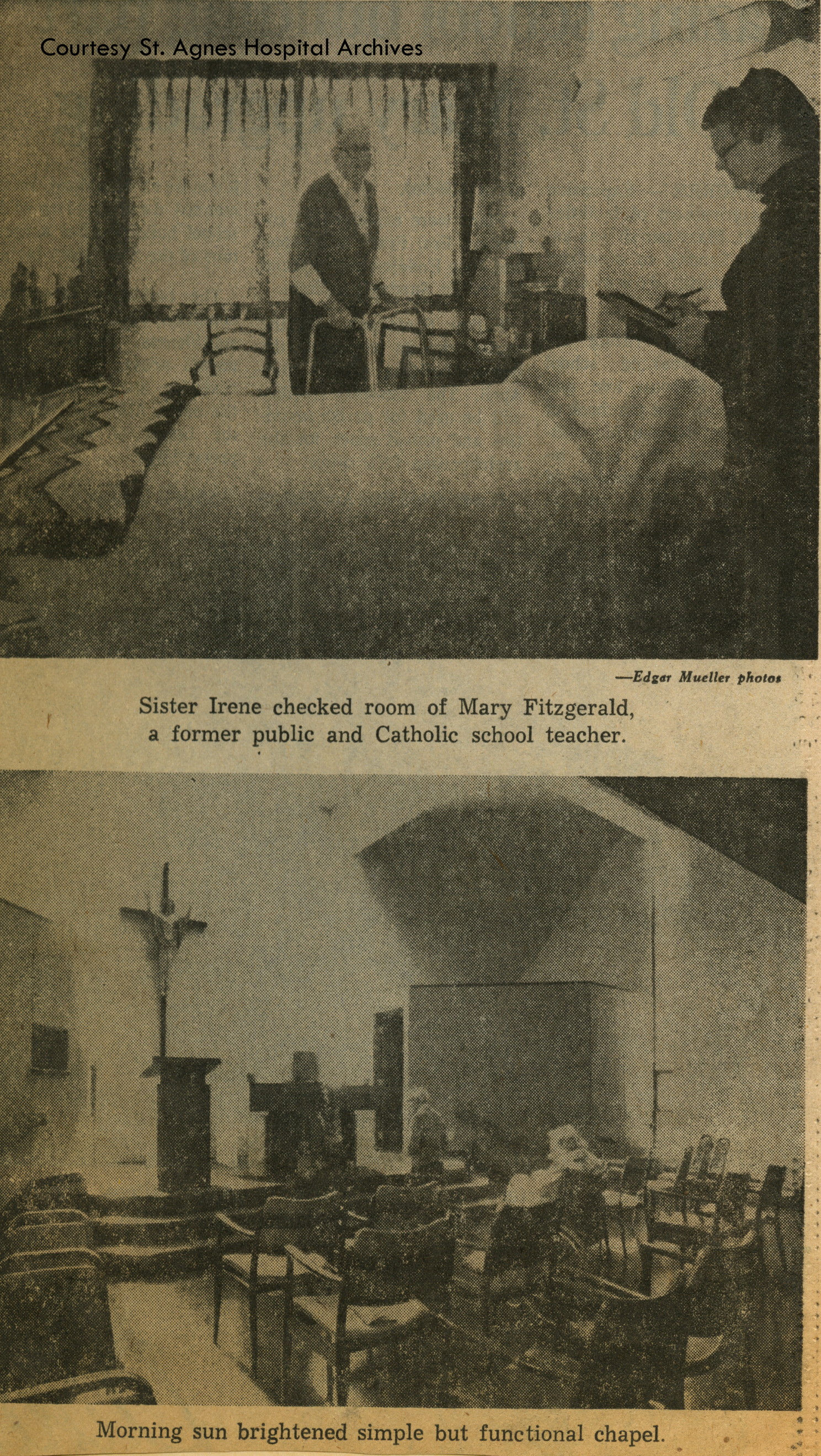 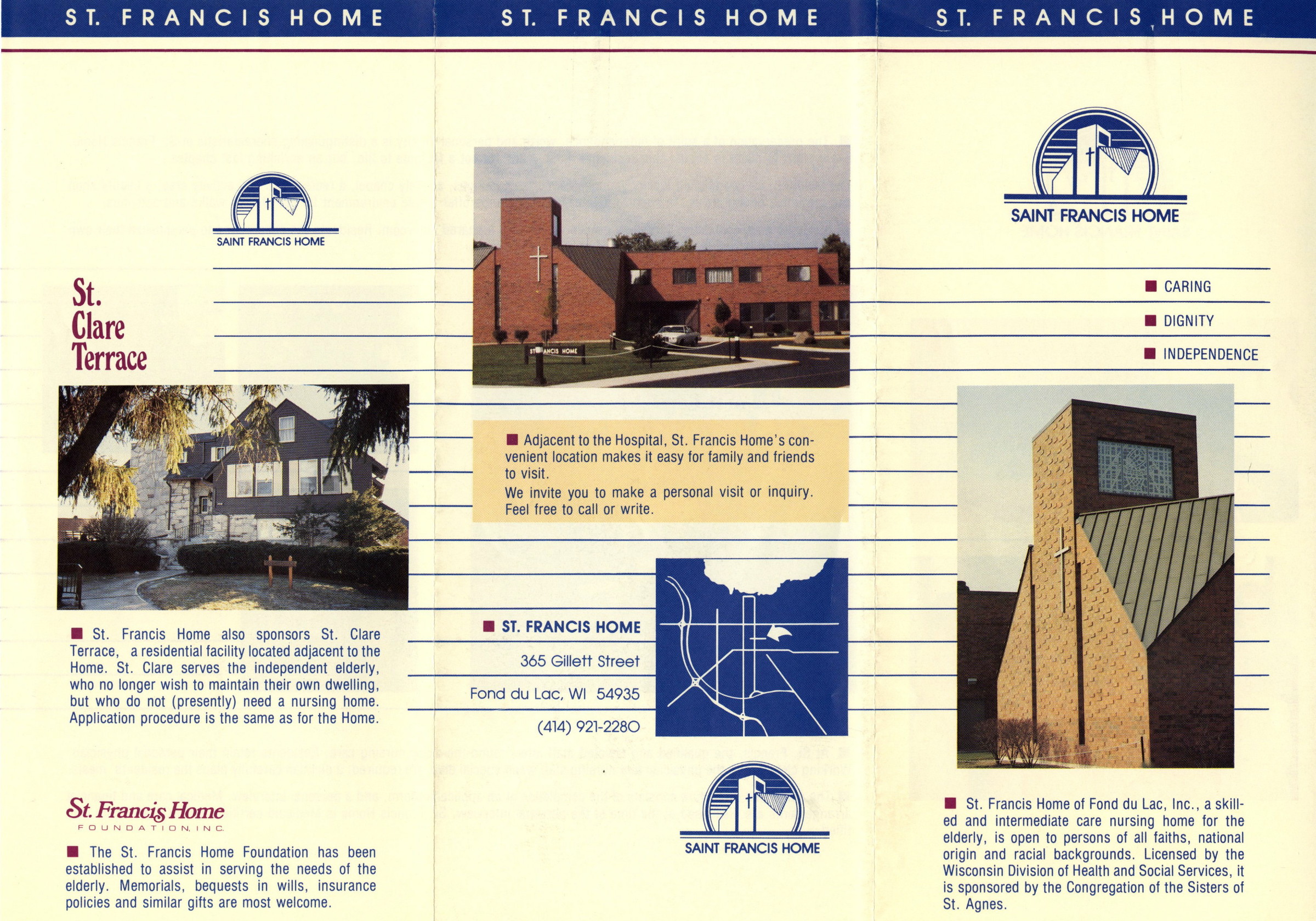 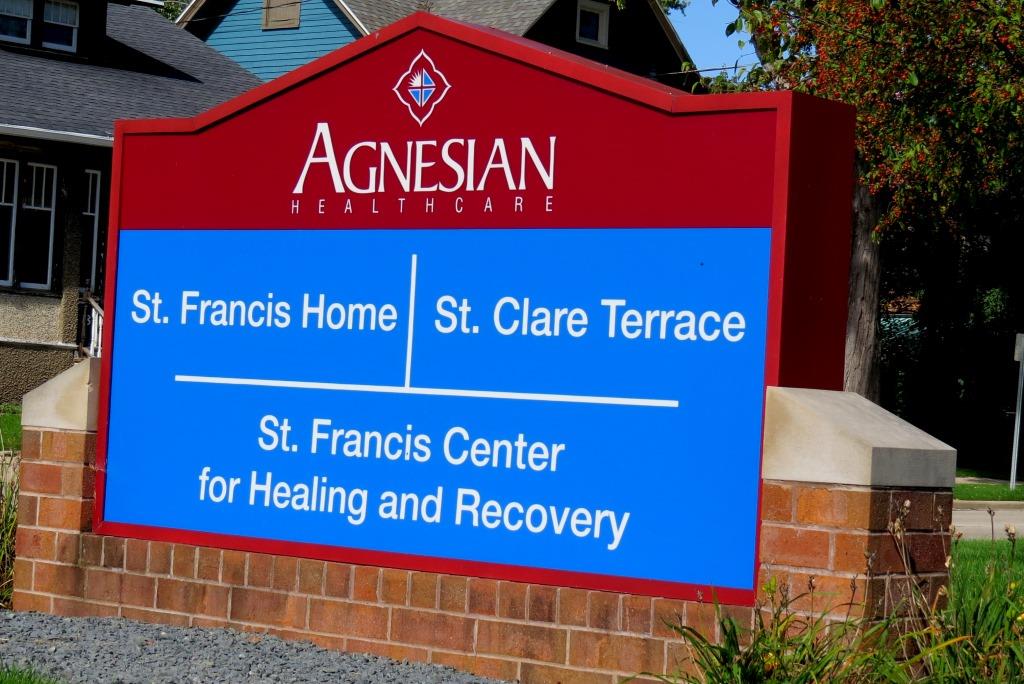 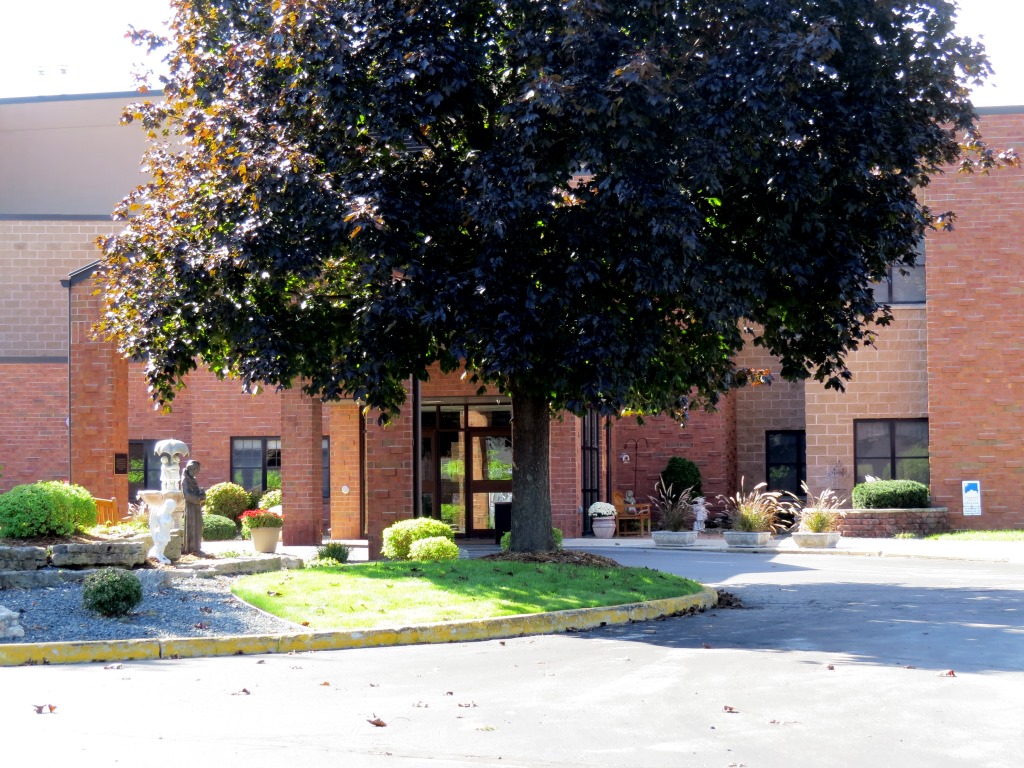 The Congregation of Sisters of St. Agnes had served the elderly population of Fond du Lac at the Boyle Catholic Home for the Aged for nearly three-quarters of a century when they realized the home was too small and outdated to continue to fulfill that mission. In 1976, the Boyle Home’s board of directors acquired two and one-half acres of land west of St. Agnes Hospital at 365 Gillett Street for a new nursing home.

A groundbreaking ceremony for the $1.7 million St. Francis Home took place on March 19, 1977, and was dedicated on March 12, 1978, by Archbishop Rembert Weakland. Designed by Grust-Zimmerman and built by Hutter Construction, the new skilled nursing facility provided multiple levels of care and better quality of life for its residents by incorporating modern conveniences not available at the Boyle Home. St. Francis Home was able to accommodate 70 residents when it first opened. Residents transferring from Boyle Home were able to select their draperies, carpeting, bedspreads, and paint colors for their rooms.

The main floor chapel was made accessible from the second floor by a balcony where residents in wheelchairs and beds could participate in liturgies. The facility boasted occupational and physical therapy rooms, lounges, a gift shop, and beauty shop.

In 1984, a house across the street from St. Francis Home at 340 Sheboygan Street was purchased to serve as a community-style residence for older people who were not dependent on nursing care. Called St. Clare Terrace, the house had room for eight residents. Seeing the growing need for retirement living in Fond du Lac, the congregation purchased homes at 345, 347, and 357 Sheboygan Street, as well as 360 E. Division Street to construct a new St. Clare Terrace that provided 30 independent living units. The building was dedicated on October 4, 1991, by Bishop Richard Sklba.

It soon became clear there was a gap between the skilled nursing care St. Francis Home provided, and the independent living at St. Clare so the congregation began a large construction project to provide a continuum of care for older citizens of Fond du Lac as well as sisters who were no longer active in ministry. Groundbreaking for a new interconnected complex took place on May 12, 1997.

In the spring of 1998, the new 100-bed St. Francis Home was opened at 33 Everett Street. That fall, a 15-unit assisted living facility called St. Francis Terrace opened on the first floor of the former St. Francis Home site. At the same time, Nazareth Court and Nazareth Center were opened to care for the sisters. The entire campus was dedicated on December 10, 1998, by Archbishop Rembert Weakland.