Sacred Heart Parish was established on the west side of Fond du Lac in 1957 to accommodate the growing Catholic population after World War II. The Sisters of St. Agnes staffed the school, which opened in 1959. The church shared space with the school until 1979, when a church building was completed. Sacred Heart became part of the Holy Family Catholic Community in 2000.

Cover page of the Chronicles of the Sisters of St. Agnes at Sacred Heart School, 1960s. 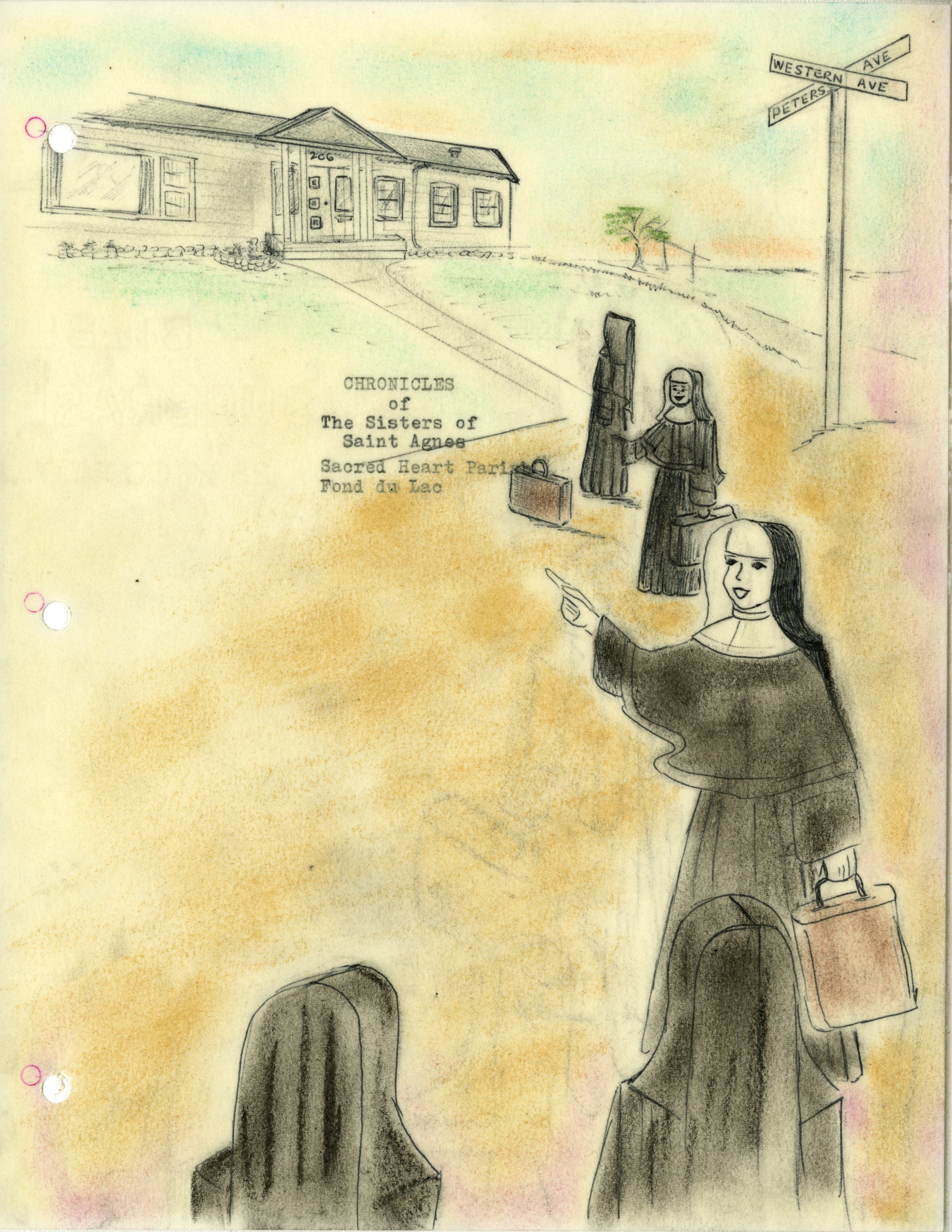 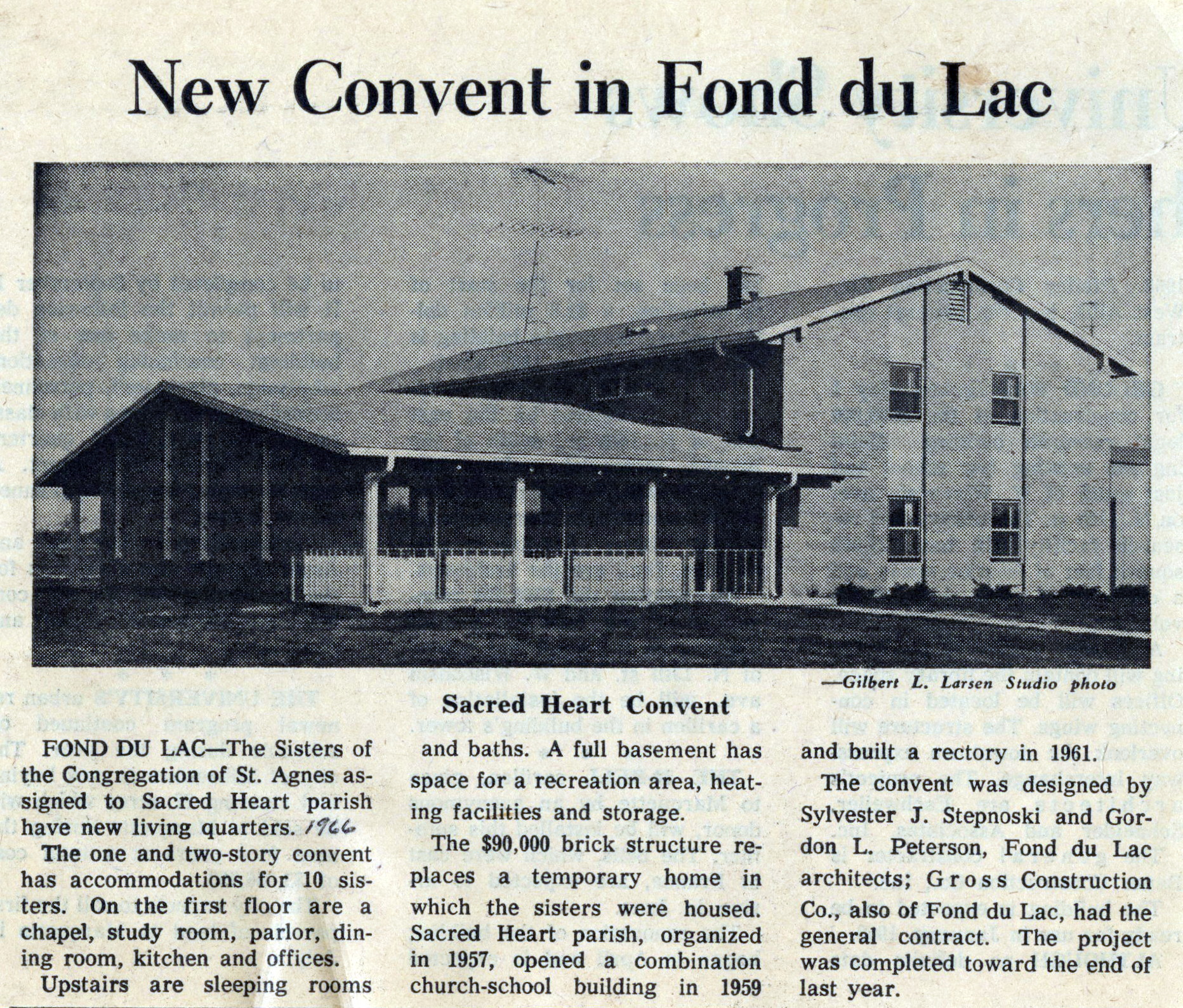 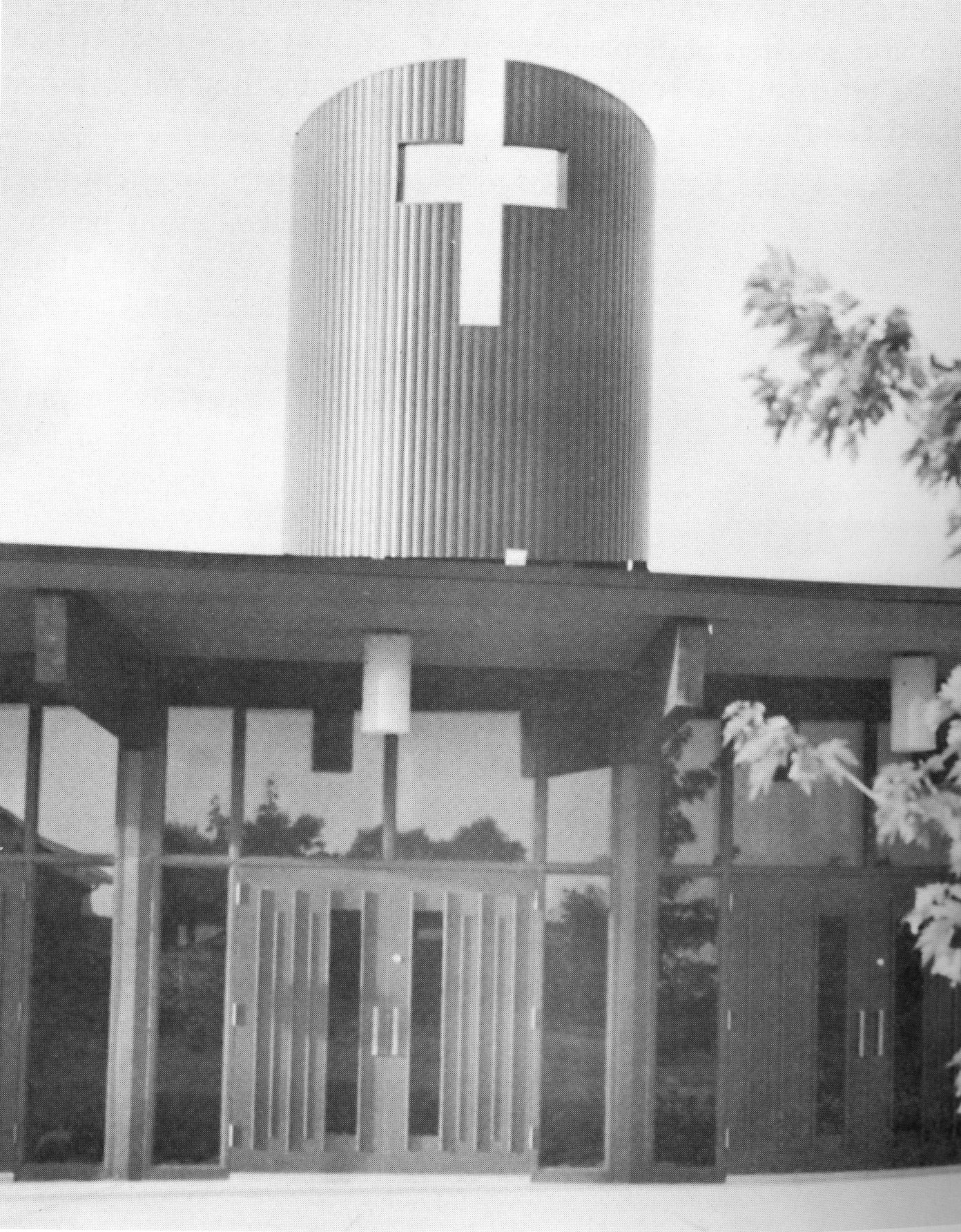 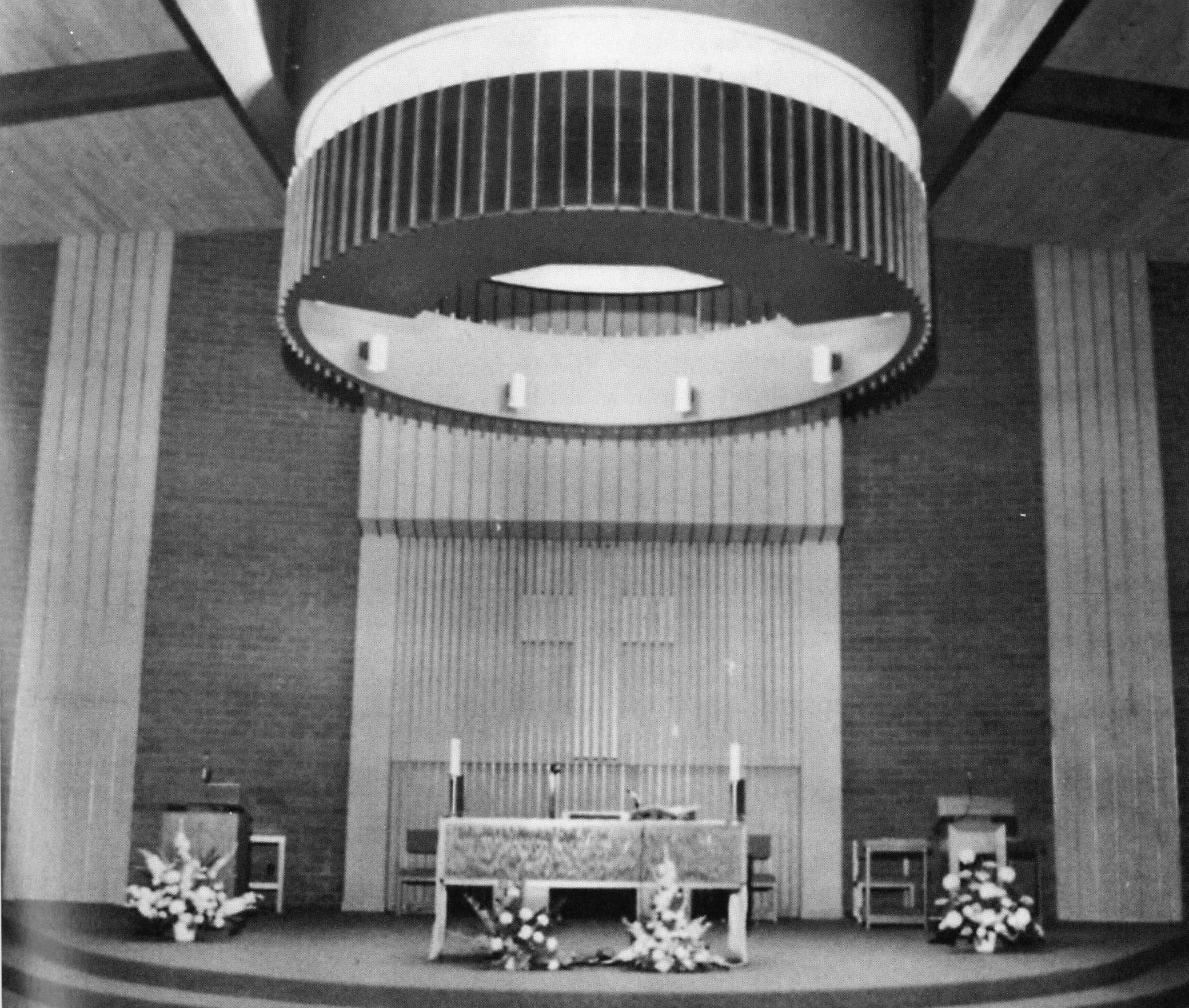 With the post-War War II baby boom, Catholic parishes around the country scrambled to build new parishes and schools to accommodate the growing Catholic population. Fond du Lac was no different. Sacred Heart Parish was established during this building boom in 1957, with Father Raymond Fox leading the effort. Monsignors Henry Maurer of St. Mary’s Parish and Henry Riordan of St. Joseph’s had earlier purchased ten acres of land west of the city that would be used for the new parish buildings.

Parish members would not be drawn from a particular ethnic group like others in town but rather based on geographic divisions. In the beginning, Sacred Heart would be comprised of 400 households bordered by Forest Avenue, Highway 41, one mile south of County Trunk T, and the Chicago and Northwestern Railroad. Evans School initially was used for Sunday Mass while enthusiastic parishioners held a variety of fundraisers that first year. In March 1958, the Memorial Baptist Church building at Western and Peters Avenues was purchased to be used as a temporary chapel, while Evans School was still used on Sundays.

Groundbreaking for the church-school was held on June 8, 1958, and Archbishop William Cousins dedicated the space a few weeks later on June 28. The six-grade school opened in September 1959, with the 7th and 8th grades to be added over the next two years. Sister Mary Robert (Rita) Little guided the school as principal through its first six years.

With a bequest from Anna Nugent, the parish was able to acquire land and build a rectory in 1961. A convent for the Sisters of St. Agnes, who were teaching at the school and residing in the old Baptist church, was added to parish grounds in 1966.

Focus now turned to raising funds for the construction of the church. Groundbreaking was held in October 1977 and Father Fox celebrated the first Mass at Sacred Heart Church on July 22, 1978. Archbishop Rembert Weakland dedicated the structure on August 27. The nave was designed to seat 650. A side chapel housed the tabernacle, stations of the cross, and two reconciliation rooms.

The chapel in the school was converted to a learning center and classroom space while the library became a conference room and the nurse’s room was converted into a faculty lounge.

Father Fox, who had built Sacred Heart from the ground up retired in 1982 and died in 1984.

Decreasing school enrollments and an inability to pay competitive salaries led to the closing of Sacred Heart School in 1987. The parish rented the classroom space to Fond du Lac Christian School until that school moved into its own building. In 2000, Sacred Heart became part of Holy Family parish during a city-wide merger of Catholic parishes. Masses are still held at the church on Thursdays and weekends and school facilities continue to be used for parish events.