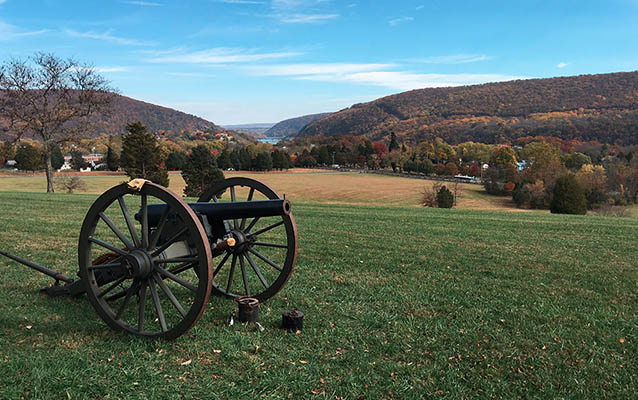 It is General Stonewall Jacksons' presence in the area, though, that is best known. During his Valley Campaign, Jackson had routed all Union soldiers in the Shenandoah Valley, except for those at Harpers Ferry. Because of Jackson's sweeping success, Brig. Gen. Rufus B. Saxton was sent to Bolivar Heights to reinforce the Union position. On May 30, 1862, the second battle of Bolivar Heights took place when Jackson attacked Saxton on Camp Hill. Jackson retreated as Saxton held.

The third battle involving Bolivar Heights took place on September 12-13, 1862 and is referred to as the Battle of Harpers Ferry. Again involving Jackson's men, Jakson forced a final stand at Bolivar Heights with the Union forces. Jackson had Harpers Ferry and Bolivar surrounded from Maryland Heights, Loudoun Heights, and School House Ridge. By sending Commander A.P. Hill around to the southern flank of Bolivar Heights on September 14, Jackson forced a surrender of the Union garrison. The formal surrender included 12,700 Union soldiers adn is considered the largest capitulation of Union forces in the Civil War.