Old Jail in Charles Town; last photo to be taken before it was torn down in 1919 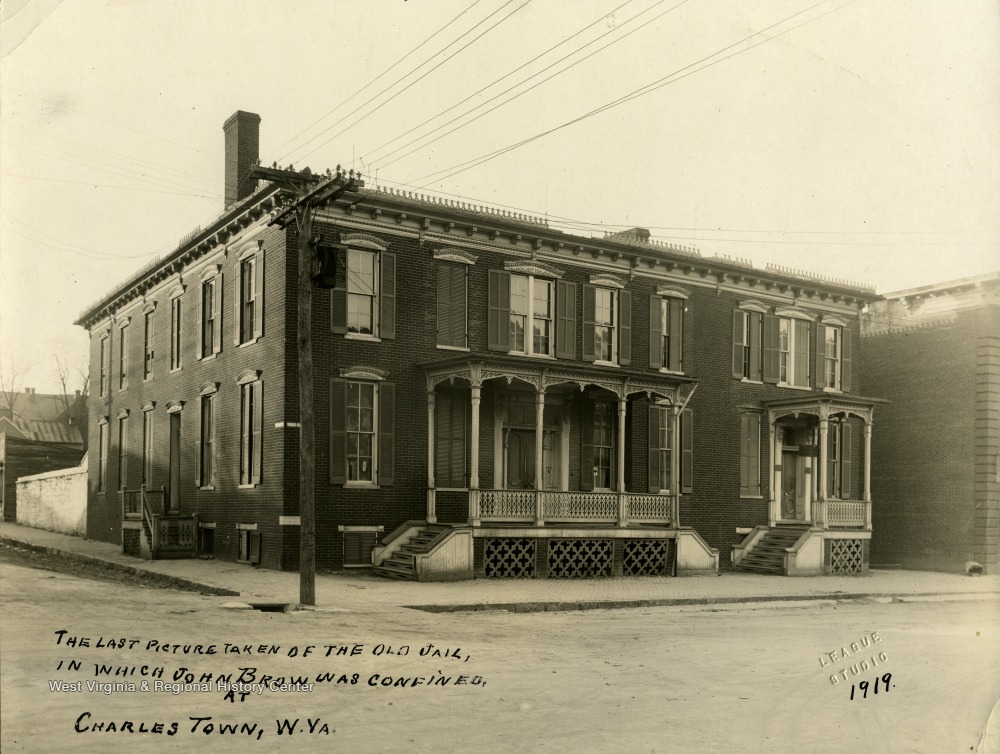 The Jefferson County Jail was constructed in 1806. After John Brown’s raid on Harpers Ferry in 1859, John Brown and his raiders were taken to the Charles Town jail. It sat diagonally across from the courthouse, where the post office now sits. Brown was beaten by Lt. Israel Green during his capture and requested a delay for his trial due to injury, which was not granted. He received medical attention while in jail and was carried to court on a stretcher. He refused rescue attempts and spent his time furthering the cause of abolition through letter-writing and interviews with journalists. While incarcerated he also developed a friendship with his jailer, John Avis.

The Post Office building is listed as part of the Downtown Charles Town Historic District on the National Register of Historic Places.