This historic building was once the headquarters of the Yakima Indian Agency, the organization responsible for providing economic and social services to the Yakima Indian Nation. Now called the Mary L. Goodrich Toppenish Community Library, it was built in 1922 and housed the agency until 1946 when it moved to a new location. The building is an excellent example of Classical Revival architecture and remains a prominent landmark in Toppenish. It was added to the National Register of Historic Places in 1988.

The Yakima Indian Agency Building, built in 1922, is a fine example of Classical Revival architecture. It is now the Mary L. Goodrich Toppenish Community Library. 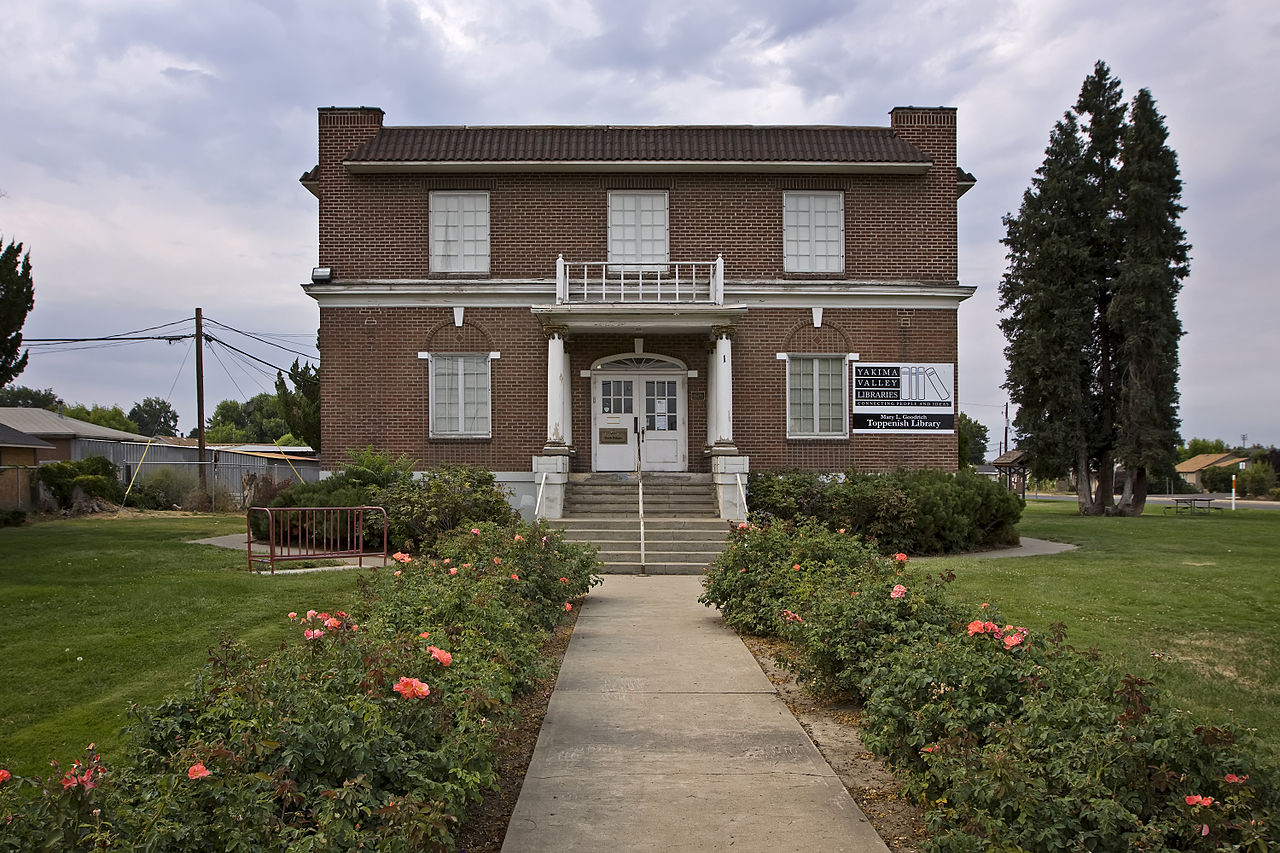 The Yakima Indian Agency was established after the U.S. Department of the Interior created the Yakima reservation in 1855. The agency, which is under the jurisdiction of the Bureau of Indian Affairs, was first located at Fort Simcoe but was moved hereto be closer to the reservation, which is situated directly south of Yakima. The agency was in charge of providing a variety of services including construction projects, employment programs, land leases (for farming and forestry), and commodity sales. The Toppenish Commercial Club erected the building specifically to house the agency. The building opened in December 1922.

Originally, the building was one-story tall. The second story was added in 1931 to give more space to the agency, which needed the extra room to conduct its activities. By 1946, the building became too small and the agency relocated to another building. Three years later, junior high school classes started to be taught here (classroom space was limited elsewhere). This continued until 1954 when the city bought it and converted it into the library (a new high school opened up as well).