Presentation of the Blessed Virgin Mary Parish was established in North Fond du Lac, Wisconsin, in 1902. A year later a small frame church was built. A bigger brick church was constructed in 1915, and a school added in 1928. The Congregation of Sisters of St. Agnes taught at Presentation from 1929 to 1990. The parish became part of the Holy Family Catholic Community in 2000. 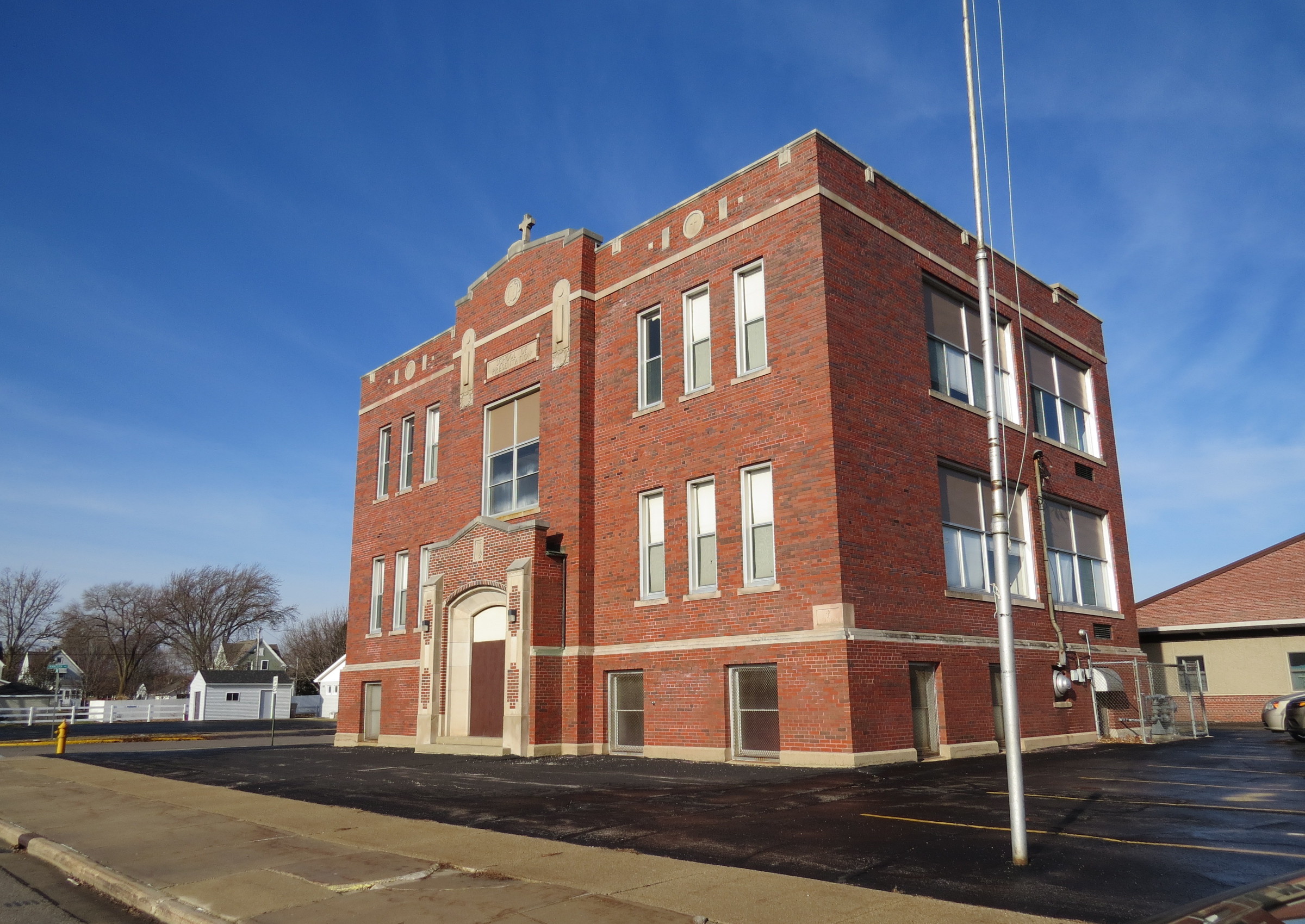 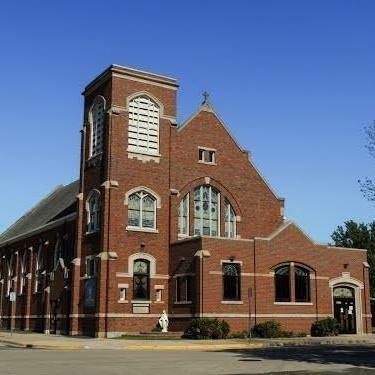 The original frame church constructed in 1903. 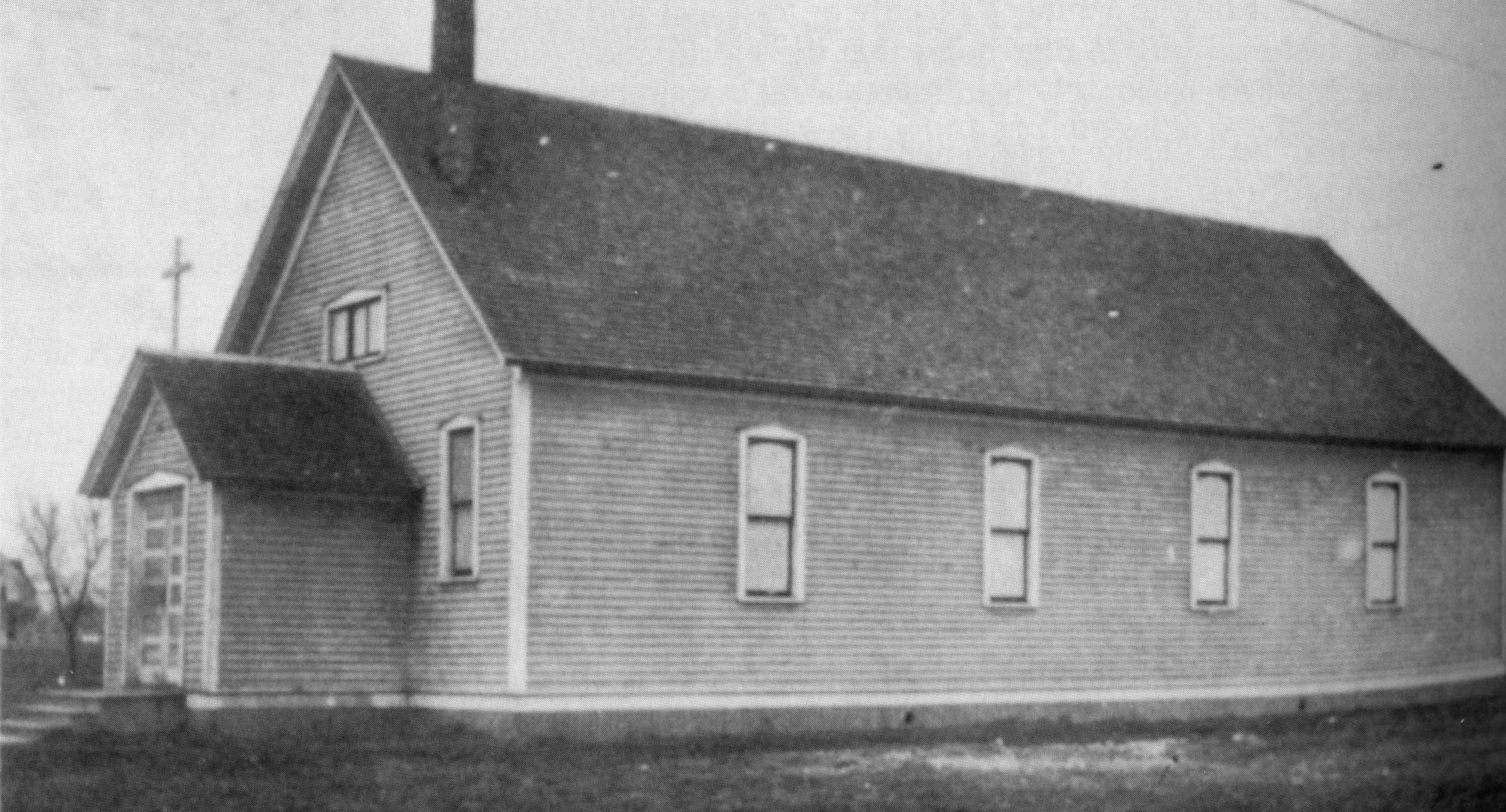 The brick church which opened in 1915. 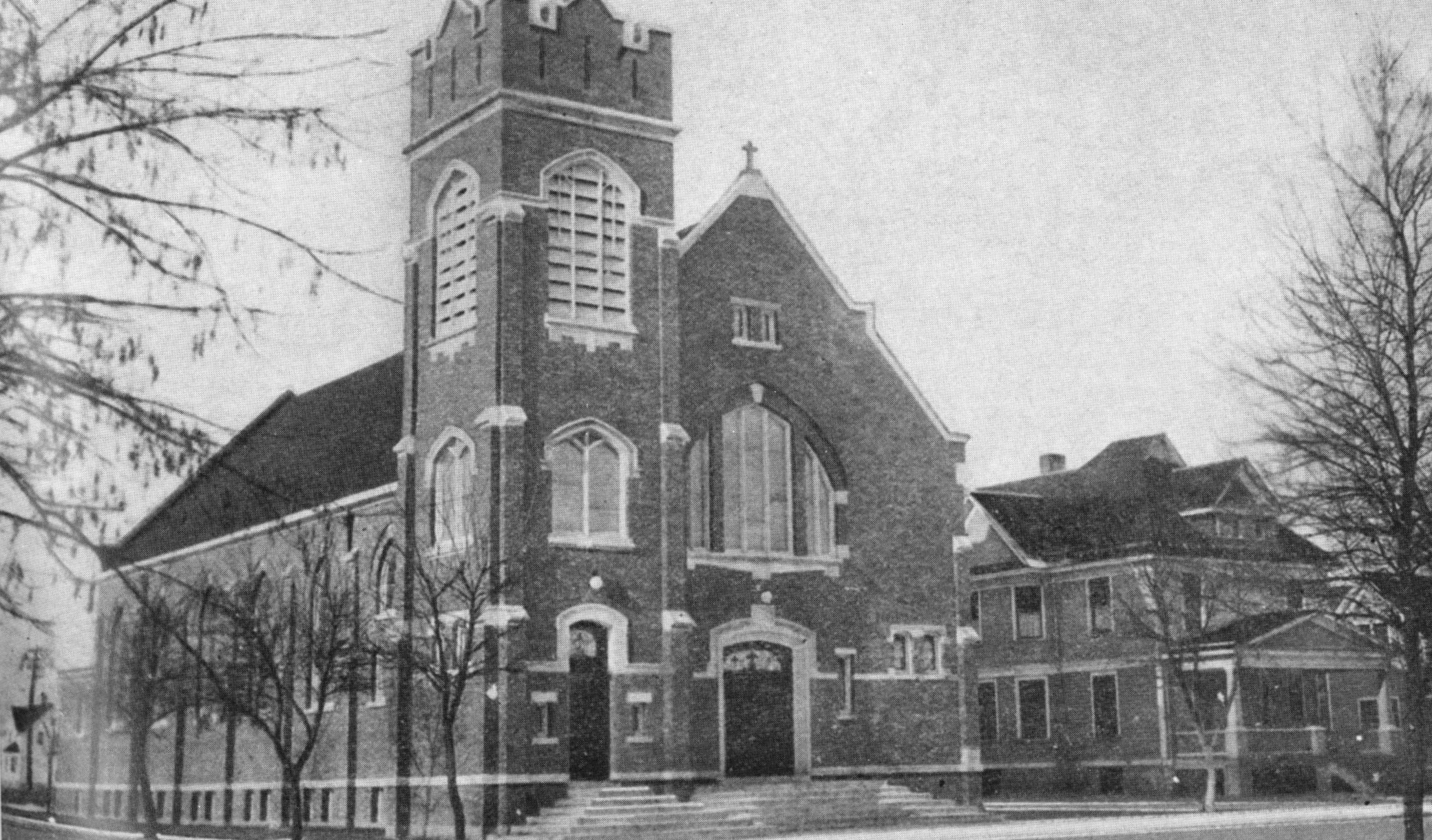 Architect's rendering of Presentation School, which opened in 1929. 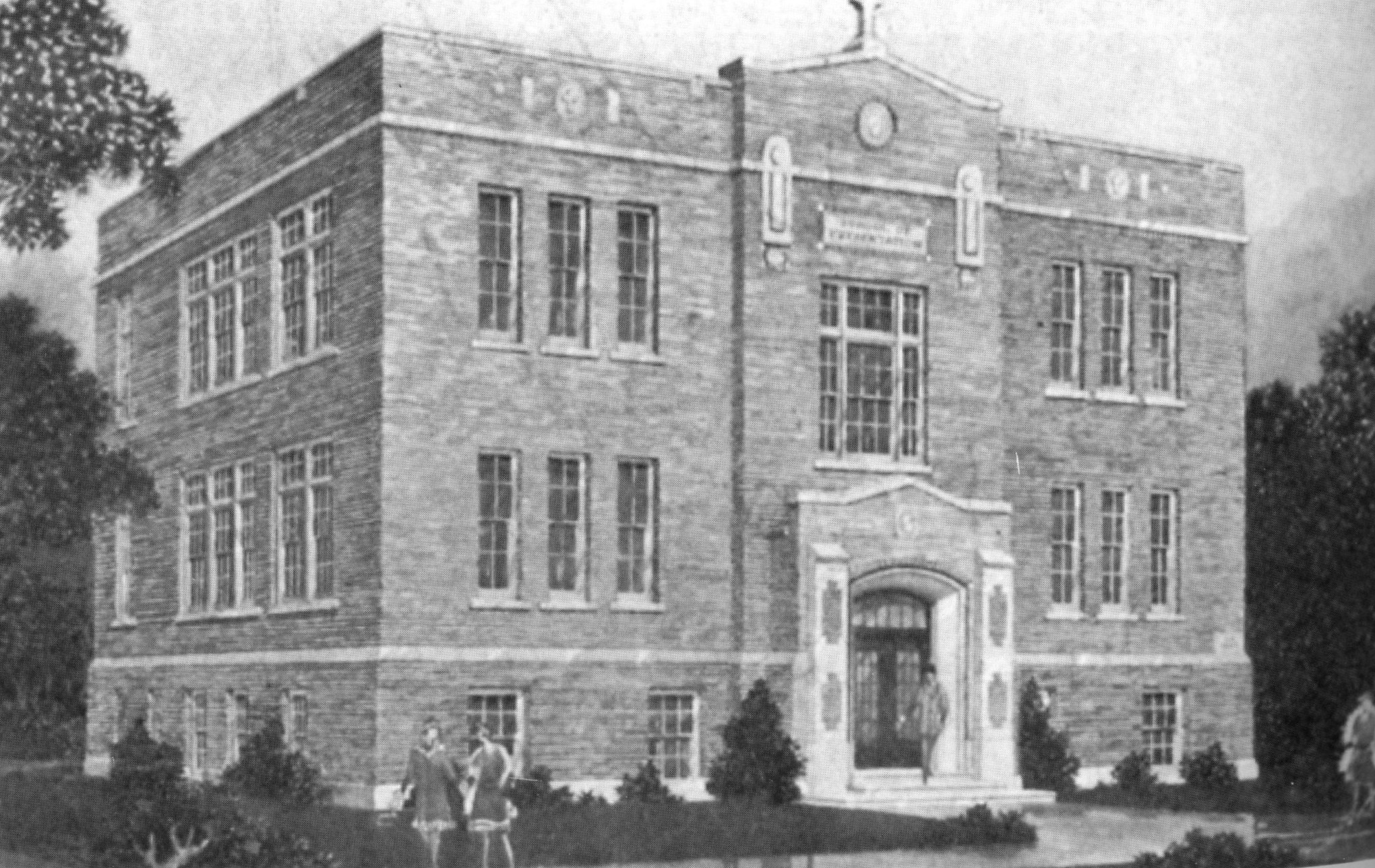 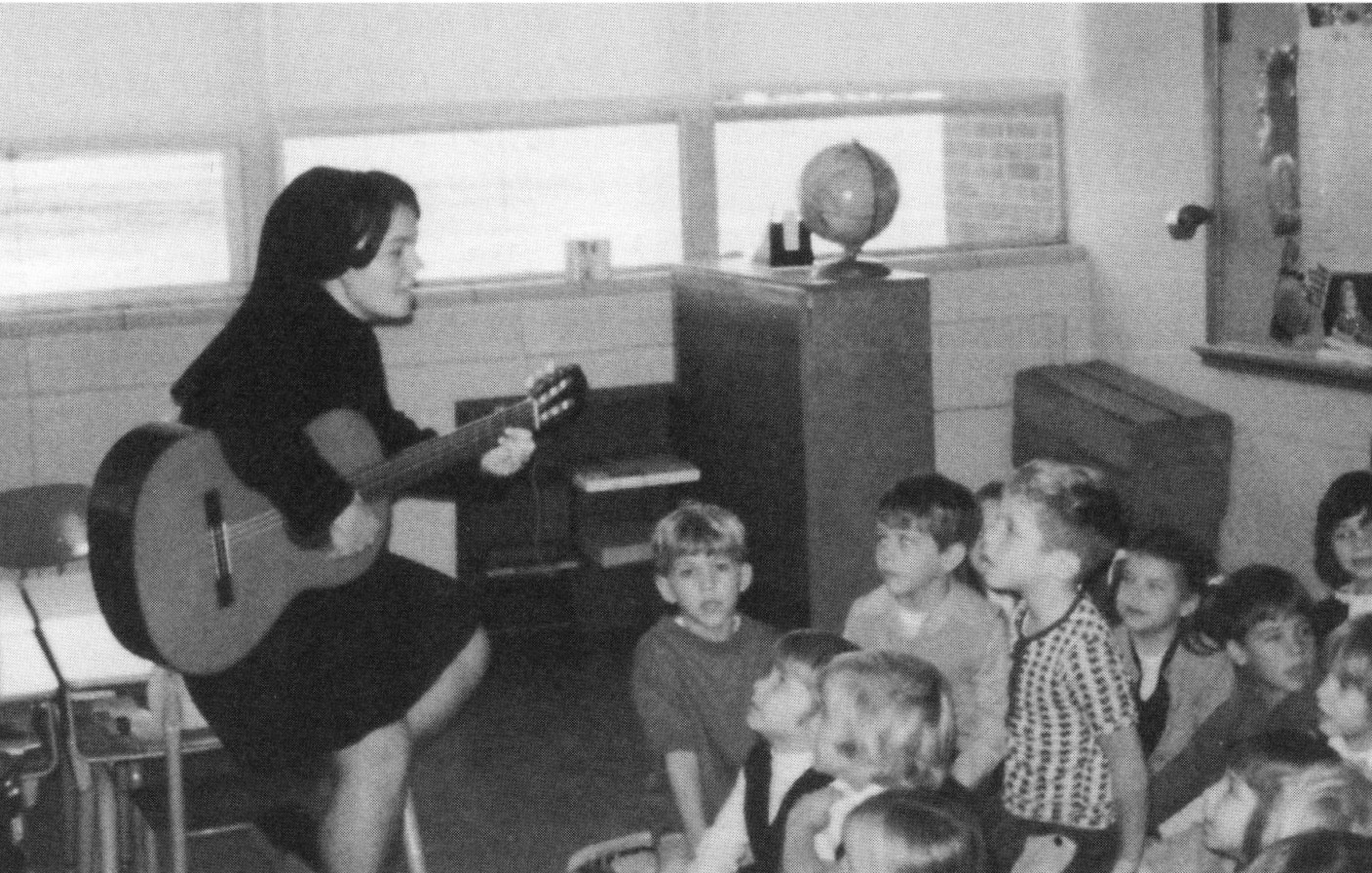 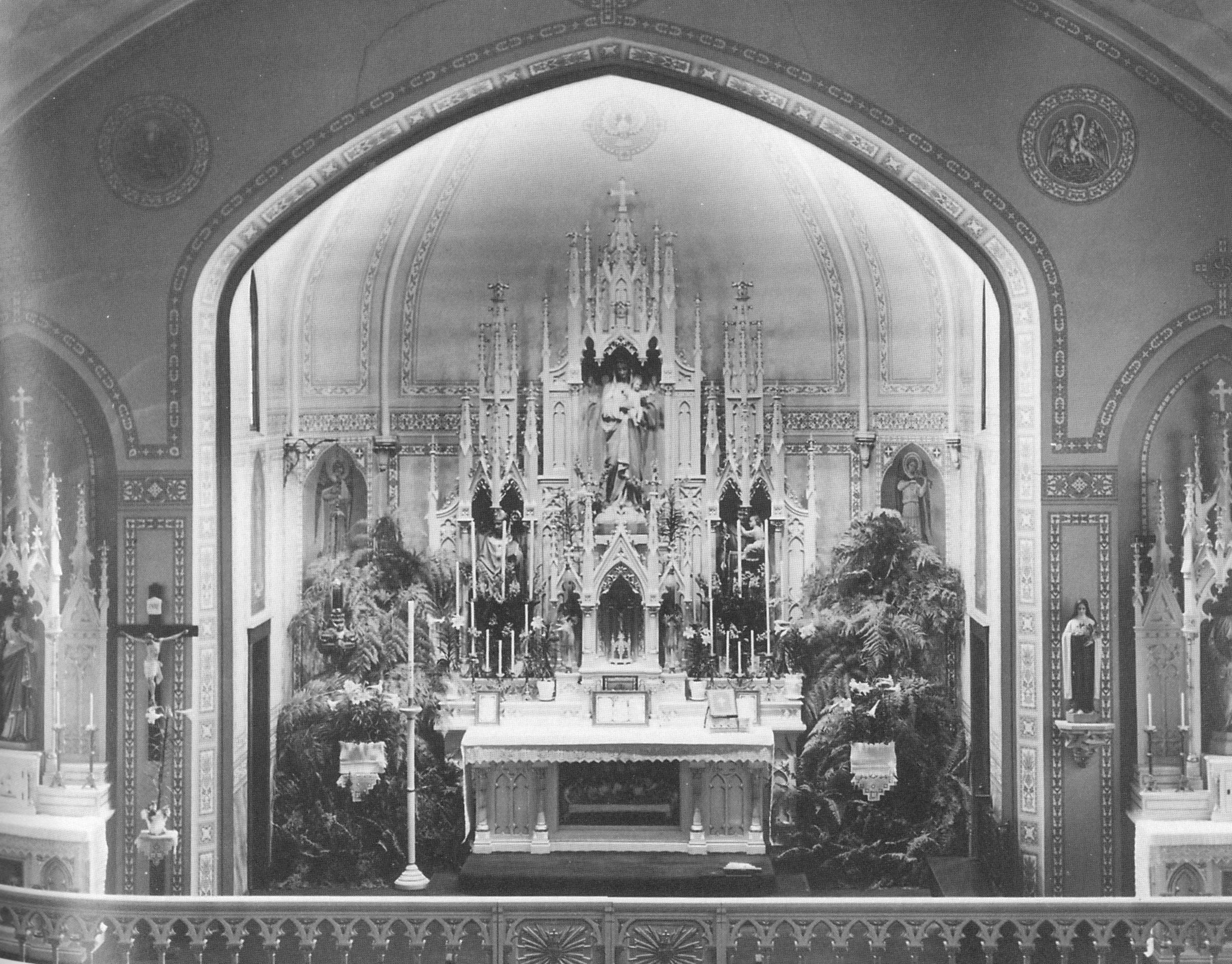 In 1902, the same year the village of North Fond du Lac was established, about 70 Catholic residents petitioned Archbishop Frederic Katzer to establish a parish in the community. Katzer sent Father John Collins in July of that year to organize and serve as the first resident pastor of Presentation of the Blessed Virgin Mary parish.

In November 1903, a small frame church was dedicated at the corner of Garfield and Minnesota Streets. The church consisted of an altar, 20 pews, and a wood burning stove that ushers had to keep going during services. Unlike in the city of Fond du Lac, where ethnic divisions largely determined one’s parish membership, Presentation welcomed a mix of all ethnicities.

Under Pastor Joseph Heller, the parish began work on a new brick church in 1915, with plans for a school as well. The Gothic-style church, built at a cost of $16,500, was dedicated on November 25, 1915, and included stained glass windows, a bell tower, and Stations of the Cross. Catechism classes were held in the church basement by Father Heller.

Fundraising efforts for a school began in 1928. A four-room brick building was completed at the corner of Garfield and Minnesota where the original wood frame church had once stood — for a cost of $44,000. The Sisters of St. Agnes took charge of the school in 1929 and served there until 1990. An addition to the school was made in 1956 as enrollments grew, and a new convent for the sisters was completed in 1962 after the parish received a bequest from Mame Donovan. In 1991, the convent was converted into a senior living facility called Touchstone.

The parish council voted to have Presentation School merge into the Fond du Lac Area Catholic Education System (FACES) and elementary students transferred to St. Patrick’s School while middle school students went to St. Mary’s. The empty school was leased by FACES to be used as their administrative headquarters.

The church and parish hall underwent renovation projects in 1989, and again in the late 1990s including creating easier access to the church to parishioners with disabilities.