The Russell Cave National Monument is located 8 miles west of Bridgeport, Alabama. This area is near Site 44 of the North Alabama Birding Trail and allows people to take a hike around the trail. The park size is roughly 310 acres and has a trail around 1.2 miles that lies along the Montague Mountain. Russell Cave National Monument offers one of the largest and most complete archaeological records of human habitation in that region of the country and some of the records dating back to around 6500 B.C to 1650 A.D. The nomadic hunters who lived around this area used the cave as shelter. Archaeologist have found beneath the cave floor layers of artifacts that span over the years. Spearheads, bows, arrows, and pottery have been discovered that confirm people had taken shelter there. Several people have been found that were buried at one point. While visiting the caves, you can hike along the trails, look at the artifacts that have been discovered, and go on a guided tour through the mouth of the cave. 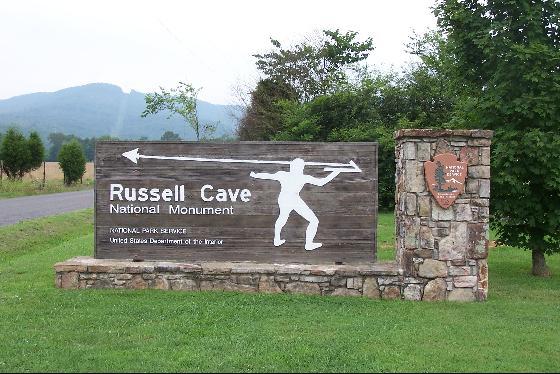 At Site 44, researchers have have identified more than 144 different species of birds.