Redeemer Lutheran Church is located in the west end of Louisville, Kentucky. The church is in the heart of a [what kind of neighborhood?] neighborhood, creating a community sanctuary where friends and families gather to worship. {Construction on the current church began in} 1943 and was finished in 1952. Theodore Steinmeyer...(start with the person and say what he did) The key figures in the formation of the church was Theo. Steinmeyer, who was the main architect that designed the church, and Rev. Oscar A. Schedler, who was the main pastor for the church. This church was part of an expansion plan for the Lutheran church throughout the city of Louisville, in an attempt to outreach to all sides of the large city. (can you say anything about current demographics?) Currently, the current pastor is Rev. Steve Ensley. Service is held every Sunday at 10am. On the fourth Wednesday of each month, the church holds a community food pantry and free H.I.V. testing in collaboration with “Dare to Care”. The church also holds an annual community street and health fair every June or September 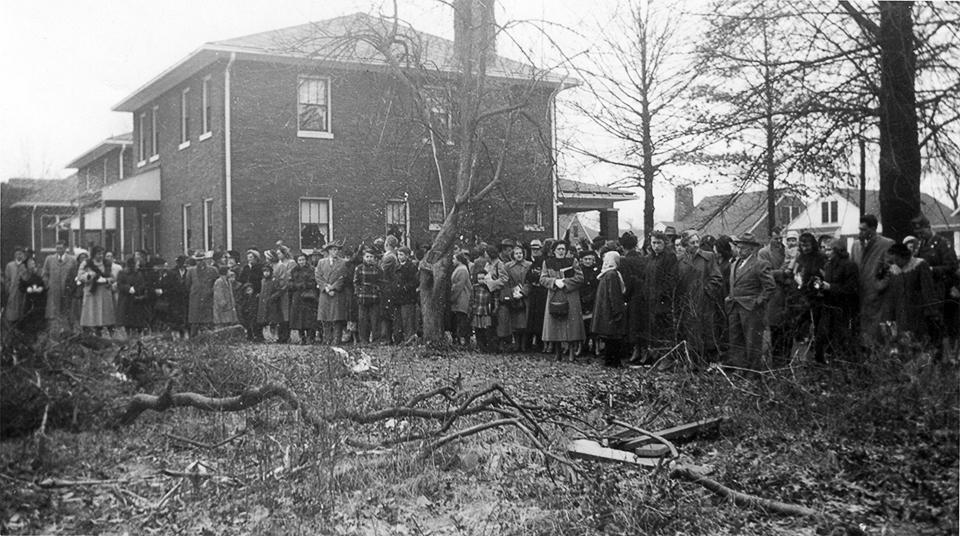 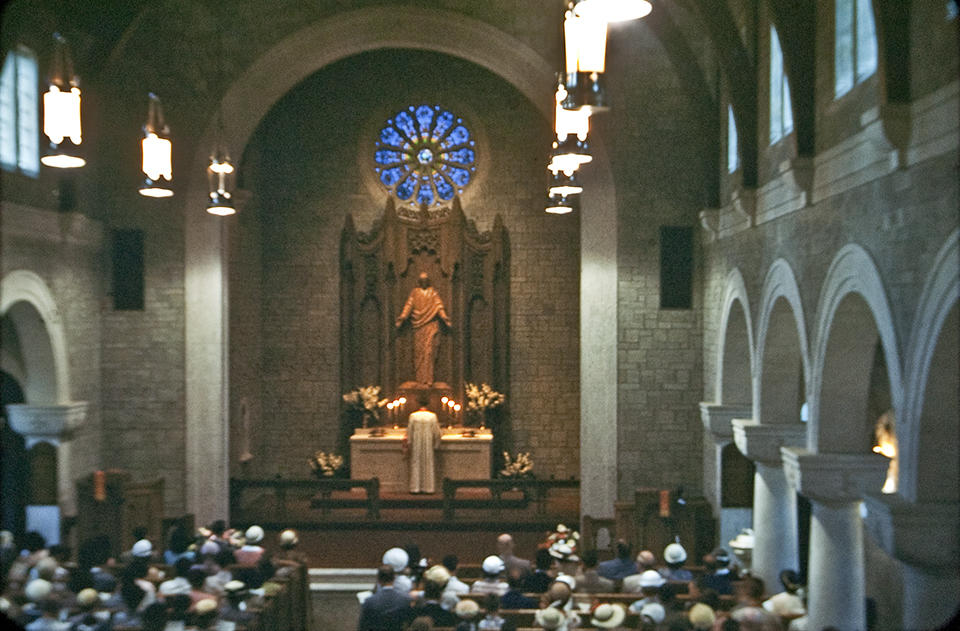 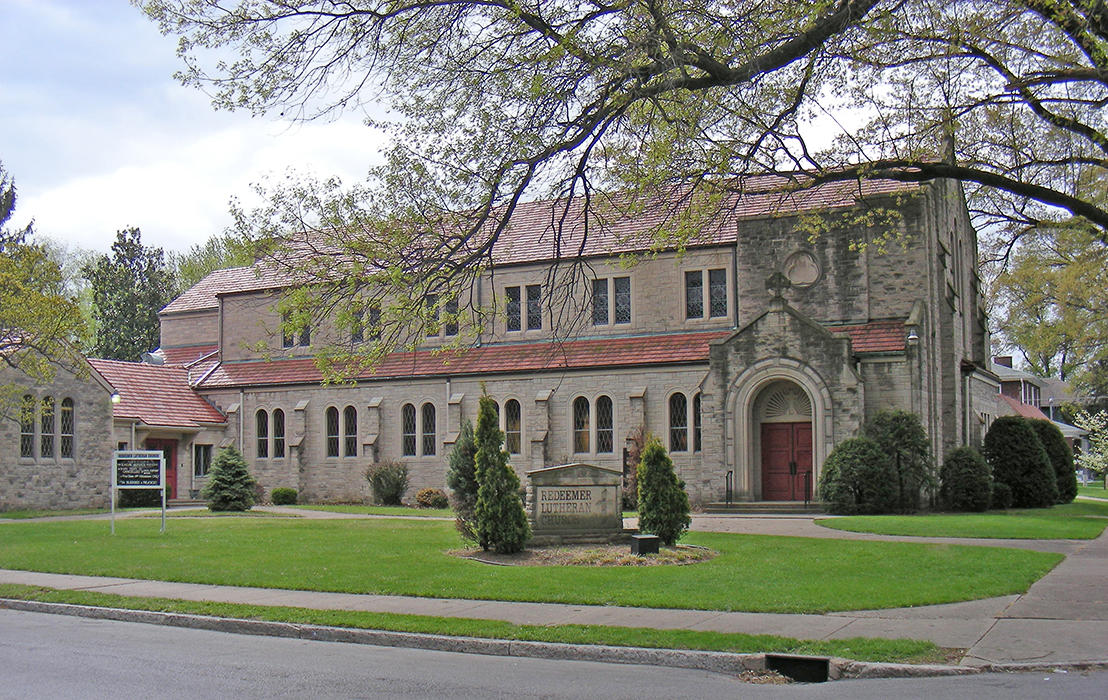 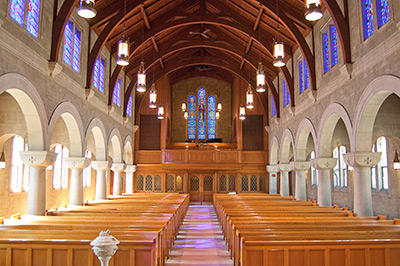 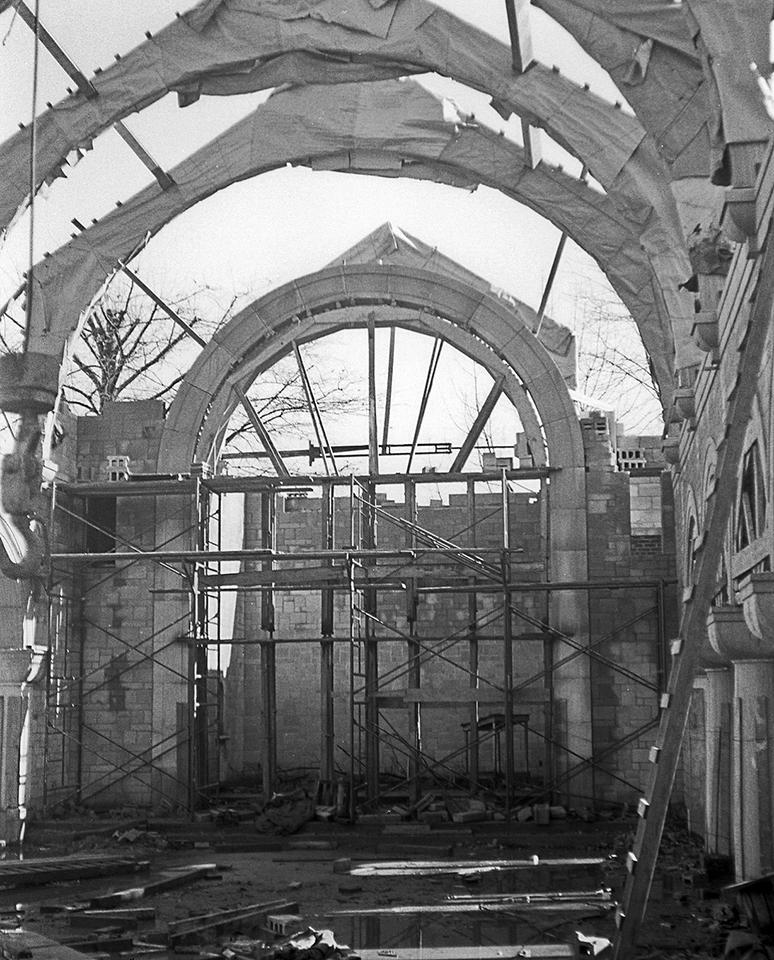 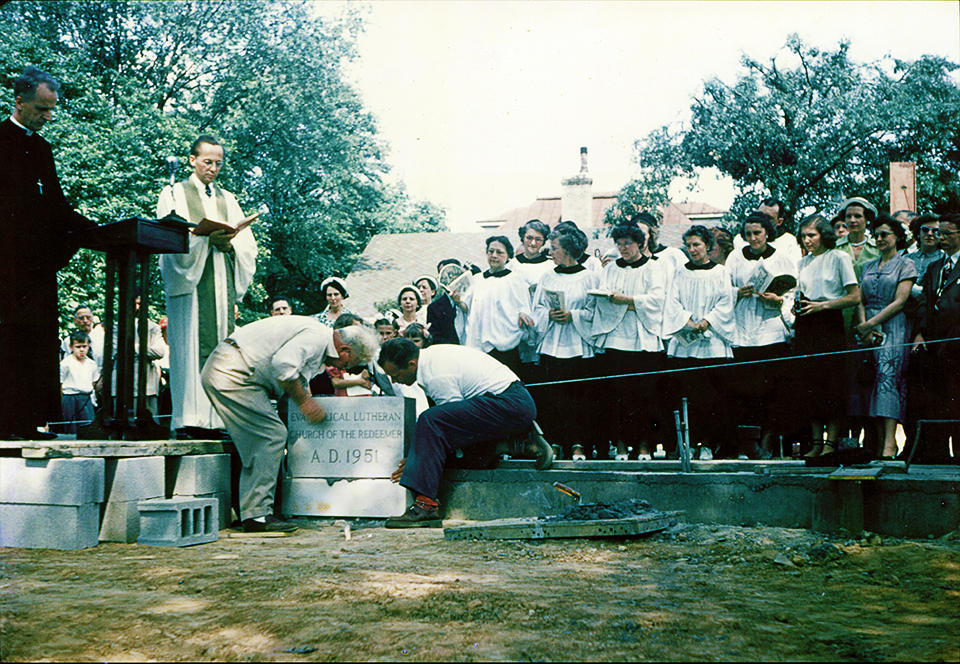 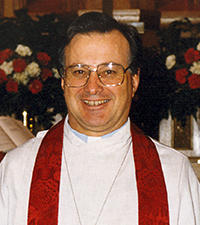 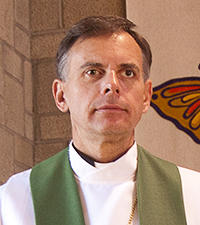 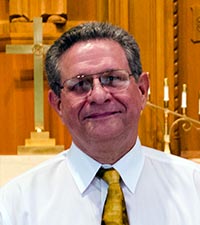 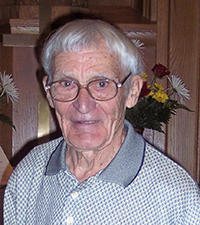 Redeemer Lutheran Church is a continuation of a legacy in the city of Louisville. There were many different sites throughout time, and all had different focal points. To begin, in the late 1800’s, the Lutheran church in Kentucky was growing. The Concordia Lutheran Church in 1884 was one of the first Lutheran congregations in Louisville, founded by Pastor F.W. Pohlmann. Pohlmann noticed that his congregation had trouble coming to services, merely because of the current transportation in the city. Therefore, he decided the church needed to expand to more locations to meet the needs of the people.

To continue, the leaders then chose a spot a few miles away from Concordia, a small chapel in the back of a college, and the expansion began. The leaders were told to “just keep the place clean”, and everyone who gathered there made sure that happened. The majority of the church’s following were people of German descent. Also, the leaders decided to establish a Christian Day School for the members of the community. The church gained such a large following that there was enough money donated to the church so that the property could be purchased instead of rented. As the church continued to grow, and one of the key missions in 1919 was to raise 3 million dollars for the orphaned children and widows of deceased pastors, led by Pastor Schumacher. As the pastor was announcing how much was raised, he fell into a seizure and died three hours later. The pastor was then followed by his son, Rev. Fred Schumacher, who vowed to continue the expansion of the church.

The church continued the expansion into the west side of Louisville. New grounds were purchased during 1925, that contained an old farmhouse. After much fundraising, the church was able to renovate the land, and create homes for the pastor and teacher(s), and a building with school rooms and a gymnasium. However, in 1937, Louisville had a record storm season, where rainfall made the Ohio River flood, to the point where it reached the location. The neighborhood was evacuated, and the church as cleared out. Upon returning, church members found debris throughout the church, therefore the location was deemed unsafe and unusable. Therefore, new plans were founded for a new church.

As the Great Depression hit, plans for a new church were put on hold. In 1932, Pastor Schumacher contacted the Louisville-Lanesville Mission Federation about forming an African American mission in Redeemer’s old church on 22nd and Madison. In 1940 Rev. Carl F. Spaude (of Pilgrim Lutheran Church) formed St. James Lutheran Church

In 1943, plans for a new church emerged at the current location of 37th and River Park on Louisville’s west end. Fundraising began; however, it was delayed by World War Two. Pastor Fred Schumacher died of a heart attack on October 22, 1946 after 27 years of service to Redeemer. He was then succeeded Rev. Oscar A. Schedler. On June 22, 1952, the building was built, and is still in use today.

In 1949, St. James secured a new property at 39th and Greenwood Rev Rev. Robert Haertel was installed as pastor in 1950. In the 1960s, the neighborhoods around both St. James and Redeemer began to change. The community around redeemer shifted from predominantly white to predominantly black. To strengthen both congregations, St. James was merged with redeemer in 1974. Today, Redeemer remains a very diverse congregation and is actively involved in the community.

Redeemer Lutheran Church is an historic place of worship. Throughout time, Redeemer was a place of sanctuary for all members of the community, no matter where the church was being held at the time. Members sought refuge and wisdom during the hardest periods of American history, including both World Wars, the Great Depression, and the Civil Rights Movement. Communities in Louisville consider Redeemer as a progressive, welcoming institution, a historic and social monument of our times.