Constructed with the financial backing of the U.S. Navy at the start of World War II, this building was a wartime factory staffed largely by women known today as "Rosie The Riveters." Huntington's Sylvania Plant produced miniature electronic tubes used within the fuses of artillery and antiaircraft shells. Workers were given a cover story about the purpose of the work owing to the classified nature of their work which was not made public until long after the plant had closed. The plant employed 3, 700 workers, mostly women, at its peak. Sylvania continued to use the building until 1957, and the facility sat vacant for some time before being repurposed. Today, this building is home to the Department of Motor Vehicles for the city of Huntington. 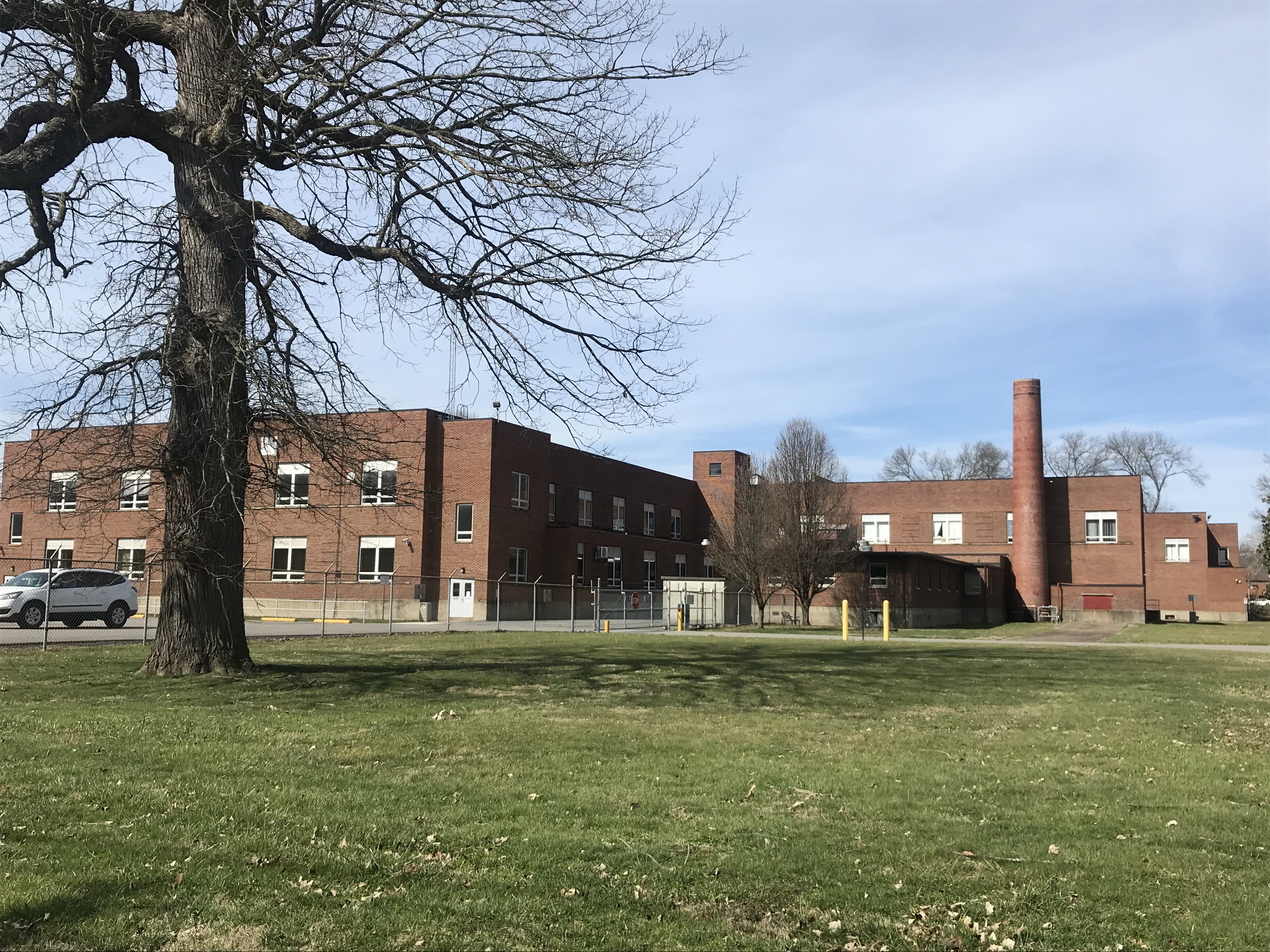 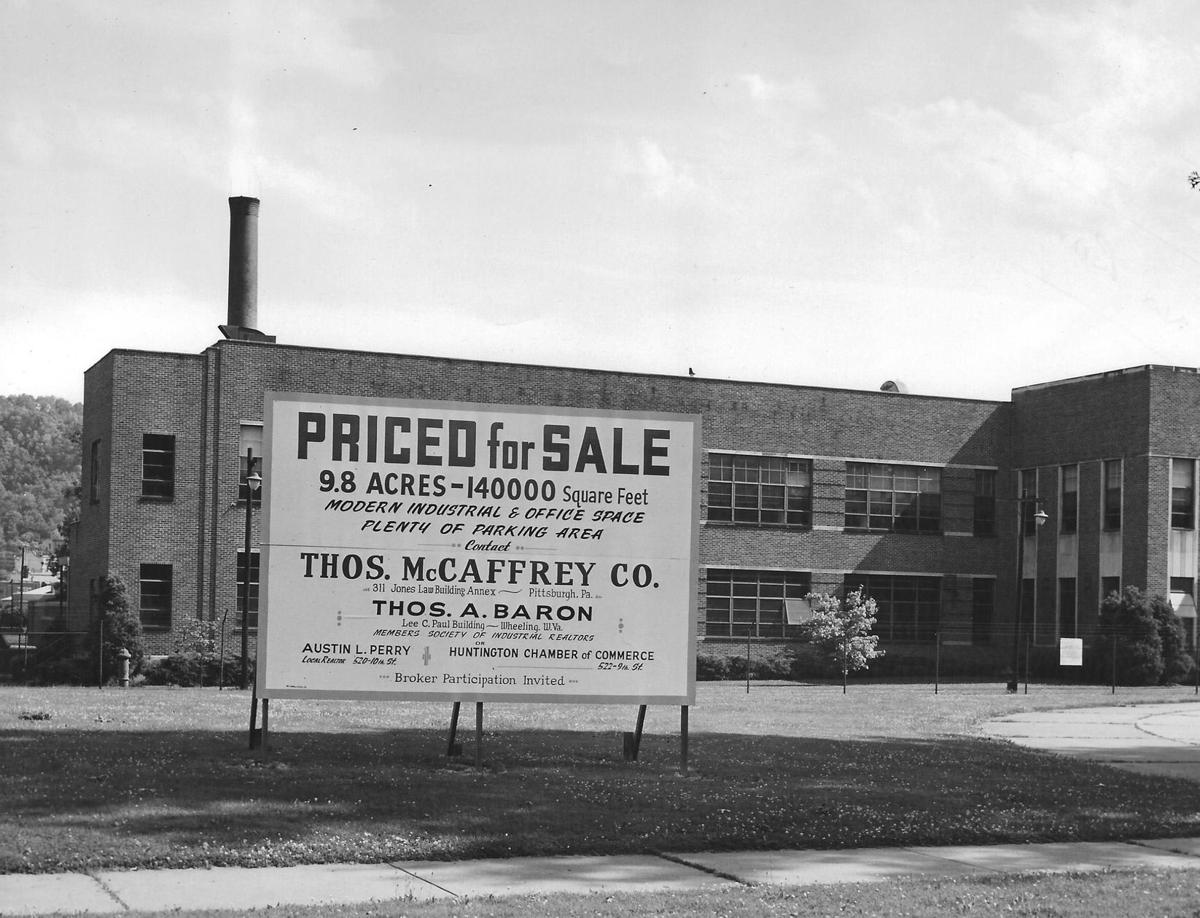 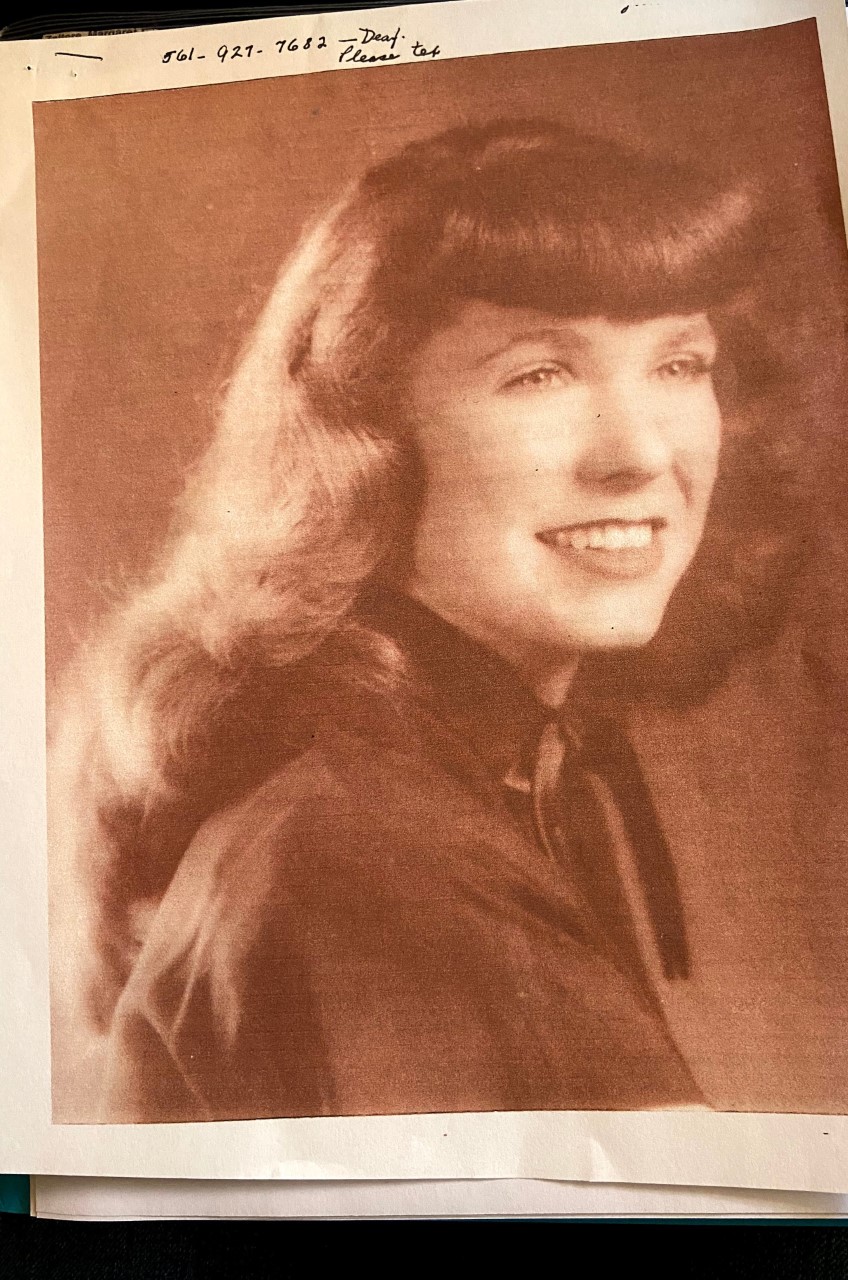 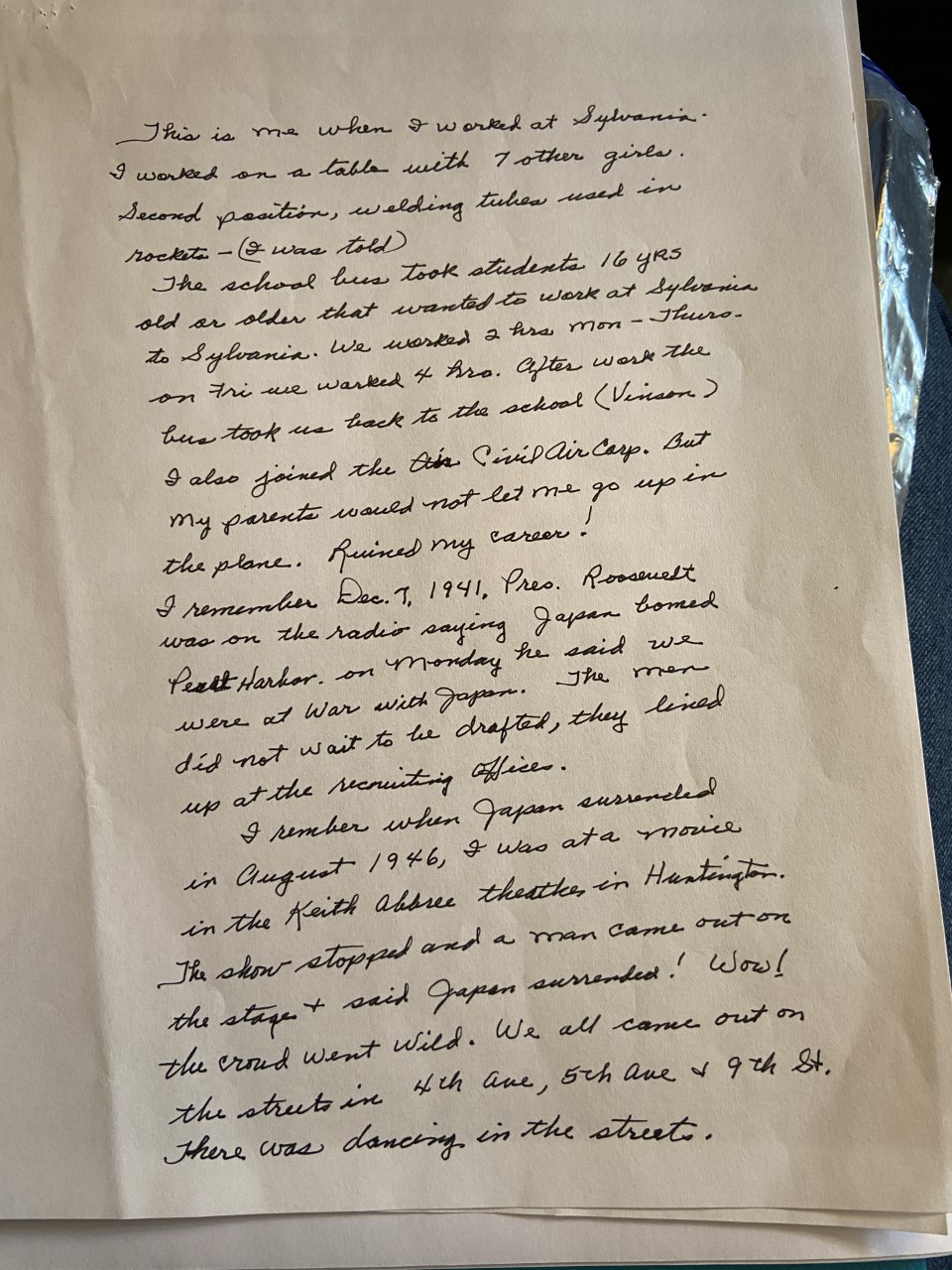 One of the first Rosie images by Norman Rockwell 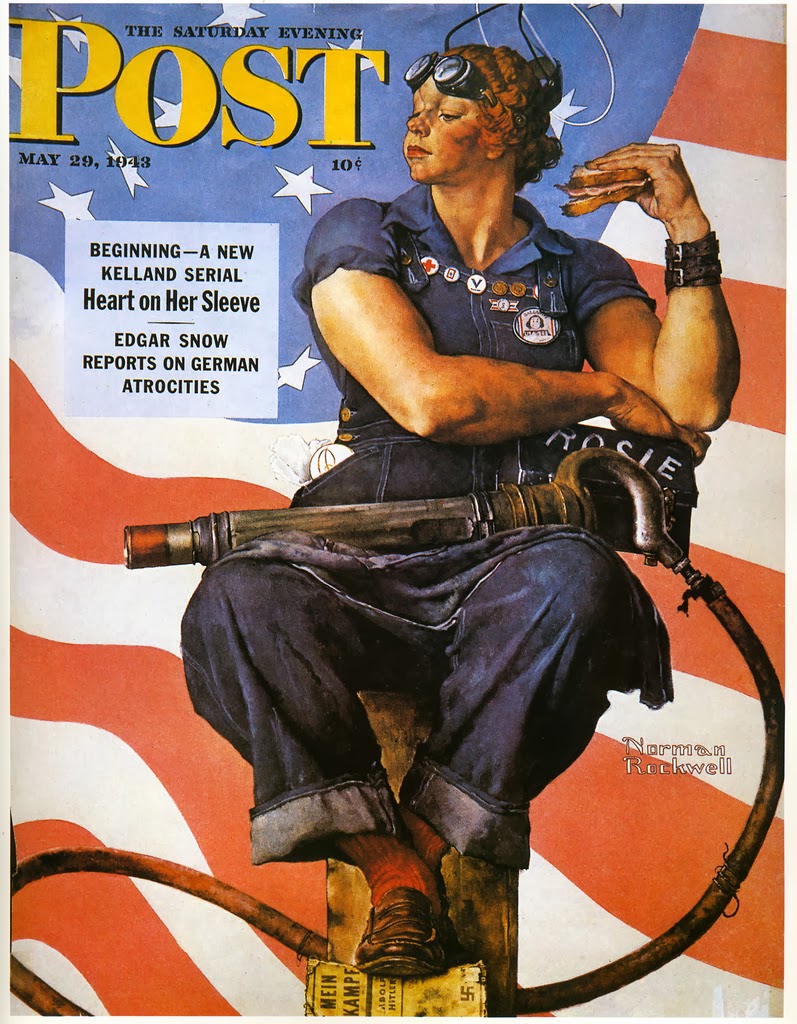 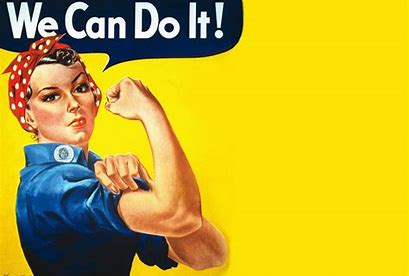 This is an interview of Pauline Nora Adkins a Riveter at The Sylvania Plant when she was sixteen years of age & Anne Montague, the founder of "Thanks! Plain and Simple", helped to connect me with all of her knowledge of the Rosie Movement in West Virginia

The Navy spent $1.5 million to build the 140,000- square foot Sylvania Plant at the start of U.S. involvement in World War II. The Navy paid another $1.5 million to provide equipment for the production of guidance systems for missiles. Sylvania Electric Company was a tenant of the federal government at the facility during the war years and the business agreed to follow the War Darpartment's policies regarding secrecy. This was one of several plants that divided up the work of building detonators so that plans for American weaponry would remain classified and there would not be a precise public account of what was produced until long after the war. This particular plant coordinated efforts with Point Pleasant’s facility that produced TNT.

In order to rapidly produce the supplies the military needed, it was crucial for the military to partner with existing companies to manufacture needed supplies, as there was not already companies producing materials the military needed and it would take to long for the Department of Defense to try and build their own factories without the partnership of existing companies. Victory in the war would be determined largely by which nation could outproduce the other countries, and the United States was so successful in this regard that they produced over half of the nation's weaponry by the end of the war. Also, during this time it was beneficial to the economy to provide pre-existing businesses with new job opportunities to keep the economy focused on producing items for the military rather than to continue to have workers producing consumer goods. The relationship between the military and private businesses was anything by free market, as the military largely control over production and standards while the federal government provided lucrative contracts that guaranteed profits to companies that followed along.

At Sylvania, the workers were checked at the door and had to use special tweezers for their microscopic work with mica boards. Their clothing had to be 100% percent cotton due to the sterile environment, as any dust within the small product could cause a misfire. Often workers came away with migraines and eye strain from the tedious and slow going, work. Any product that was not 100% accurate had to be discarded.

During World War II, Huntington was home to several factories that produced supplies for the War Department. While a substantial portion of men enlisted, women responded by answering the call to work factory jobs that previously were considered inappropriate for women. The War Department responded by supporting public campaigns to challenge the idea that women should not work outside the home, the famous of which was the Rosie the Riveter campaign which urged females to join the workforce in efforts to support the war in any way that they could. The call for women to join the workforce was meant to be temporary and their posts were to be left at the end of the war, and life was to turn back to the status quo. However, many women enjoyed the option to work outside the home and depended upon financial and personal freedom that came with paid employment. However, the postwar period saw a return of prewar attitudes regarding gender and it would not be until the late 1960s that women again entered the paid workforce in large numbers.

Several women recall that they had no idea what they were making at Sylvania due to the top secrecy of creating supplies for the war. When the plant opened, Sylvania came and spoke to local high schools in the Huntington area to rally women to work at their plant and help the boys at war. Many women were picked up after school at Vinson High school in Westmorland, WV. The girls boarded a school bus and were sent to work on the “Victory Shift”. The “Victory Shift” was for two hours Mondays through Thursdays after school, and for four hours after school on Fridays. The women had to be at least sixteen years of age and were paid sixty cents an hour.

Sylvania closed the day after World War II ended, and only three hundred some workers were still employed at that time as production had been scaled back. Fifteen years later the building was sold to CSX in the 1960s (it stood empty up until that point). By the mid-1980s the West Virginia Department of Transportation had acquired the building. The Division of Motor Vehicles has its offices in the front of the building, while the Division of Highways utilizes the rest of the sprawling 140,000 square foot building.

Wetherholt, Olive Hensley. Rosie The Riveter Women Could Do Any Job A Man Could During World War II. Barboursville , WV.